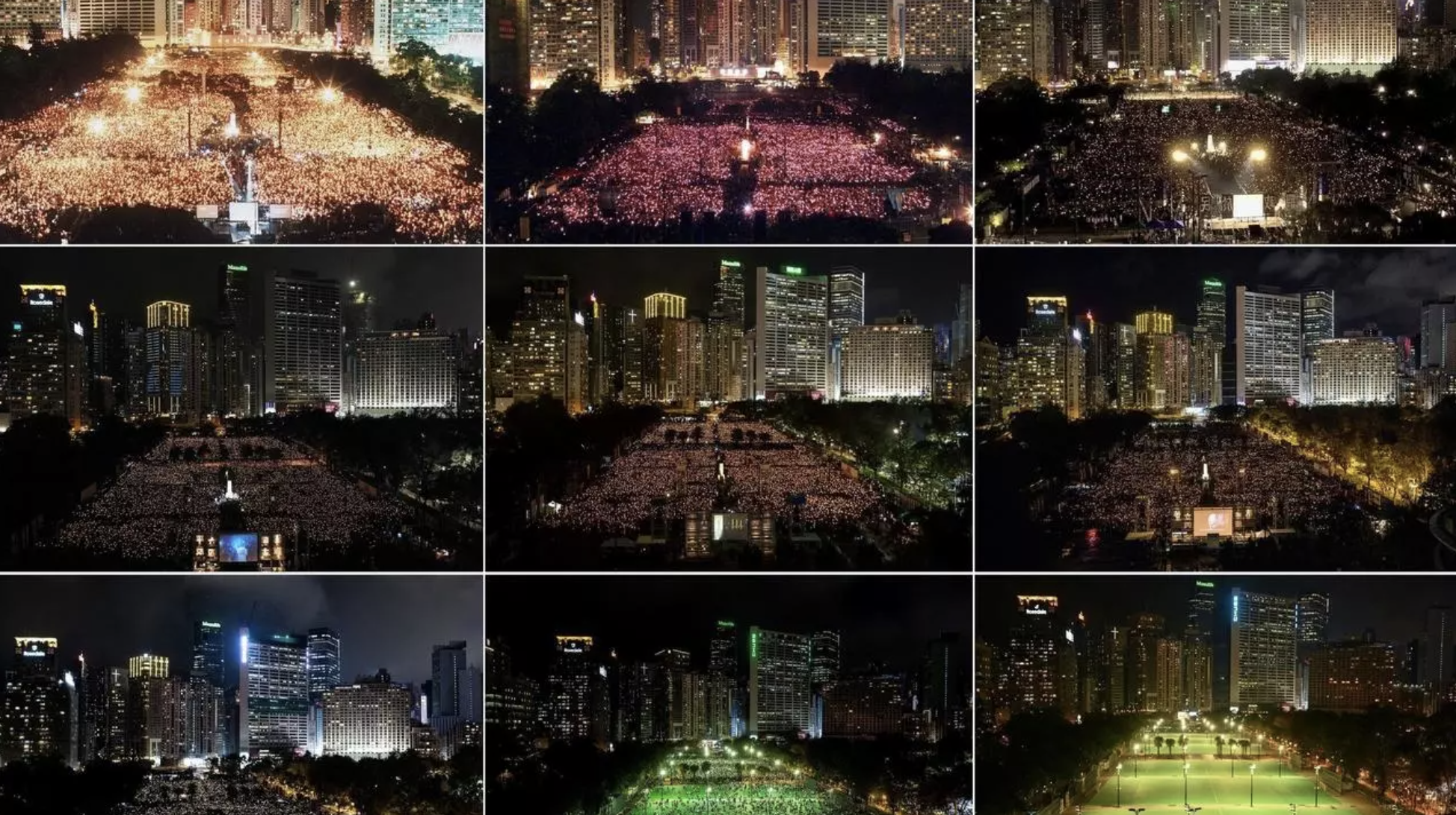 A Hong Kong park that traditionally hosts huge vigils on the anniversary of China’s deadly Tiananmen Square crackdown lay empty for the first time late Friday as police blocked access, but flashes of defiance still flickered across the city.

Hundreds were killed in the crackdown, by some estimates more than 1,000.

Public commemorations are forbidden on the mainland and, until recently, semi-autonomous Hong Kong was the one place in China where large scale remembrance was still tolerated. Read More…