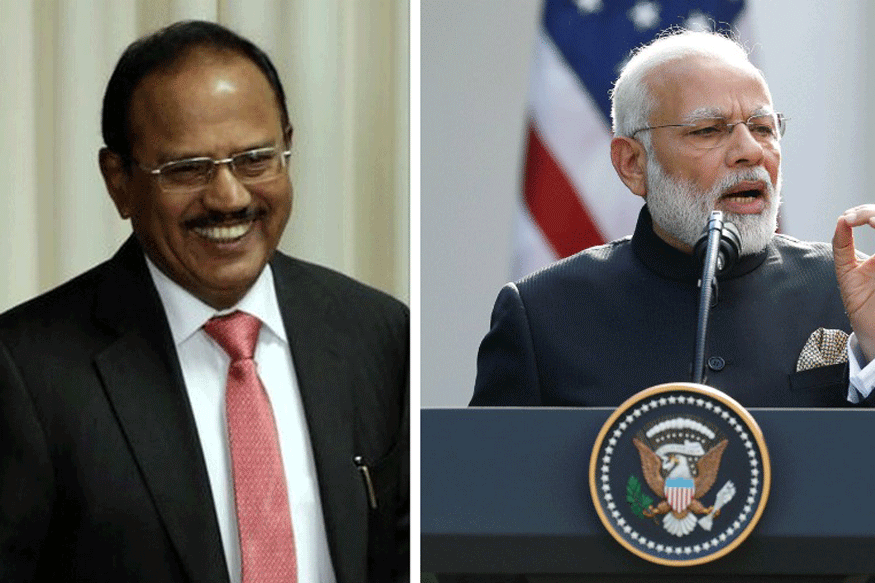 As the revamped National Security Council Secretariat (NSCS) gets down to implement its expanded mandate, the contours of the new structure are getting clearer. Multiple sources in the know of the new arrangement say the changes were in the works for almost three years and have been thought through after several discussions and reviews before the Cabinet approved the new plan.

As is well known by now, National Security Adviser Ajit Doval now officially has three deputies, each heading a vertical formed with specific objectives in mind. The NSCS used to have only one Deputy NSA since its inception until September this year when two more deputy NSAs were appointed to ensure division of responsibility. The post of Military Adviser has also been revived after a gap of four years.

So what has changed? To begin with, NSCS is no longer confined to generating assessments on various security and strategic matters. Instead, it will also give policy inputs to the cabinet after consulting relevant ministries. Second, the definition of national security has also been widened in the new structure. Earlier, the NSCS and the Joint Intelligence Committee (JIC) used to interact mainly with the Ministries of Defence, Home and External Affairs—getting inputs from them and generating assessments for them—before presenting the final product to the ultimate consumer, the Prime Minister.

Under the new system however, ministries like road transport, shipping and highways, civil aviation, railways, environment and power, besides MHA, MoD and MEA are represented by their special secretaries and additional secretaries as part of regular consultations at the NSCS. From the three service headquarters, senior officials from both the Operational and Intelligence branches attend the meetings at the NSCS and are an integral part of the consultations.

All the assessments and policy recommendations are prepared after taking inputs from each stakeholder, reviewed by all members and then passed on to the cabinet and the Prime Minister. By following this system, every stakeholder becomes an equal owner in the policy recommendations and assessment reports. The JIC, incidentally, has been subsumed into the internal security vertical of the NSCS, after the recent restructuring.

The three verticals—internal security, external affairs and science and technology—know exactly the areas they have to look at. The internal security vertical headed by RN Ravi, a former Intelligence Bureau officer and the last chairman of the JIC, is in charge of policy planning and assessment on counter-terrorism, border areas infrastructure development, Jammu and Kashmir, the north eastern states, some key neighbours and even assessing the Chinese military’s posture along the Line of Actual Control (LAC).

The foreign affairs vertical, headed by Indian Foreign Service Officer Pankaj Saran, is entrusted with studying developments in India’s important strategic and extended neighbourhood besides providing inputs on the ever-fluid relations that New Delhi has with China, Russia and the United States. The foreign affairs vertical also has overlapping areas to watch with the internal security section since many neighbourhood relations have a bearing on India’s internal security. Saran, a career diplomat—his last diplomatic assignment was as Ambassador to Russia—will also ensure increased track 1.5 and track 2 interactions between think tanks in India and abroad.

Rajinder Khanna, a former chief of India’s external intelligence service, the Research and Analysis Wing (R&AW) will be in charge of cyber security, technical intelligence and new technology as reported earlier. The vertical headed by Khanna will make sure India’s digital frontiers are safe and up to date. He will also oversee development and progress of India’s defensive and offensive cyber capabilities and the utilization of Indian Space Research Organisation (ISRO) assets for defence and security tasks.

Interestingly, Military Adviser Lt Gen VG Khandare (retd) has been tasked to work with all the three verticals, giving them relevant inputs wherever necessary and acting as a bridge between the service headquarters and the NSCS for real time liaising. The military vertical, like the other three, is now increasingly hiring serving and recently retired military personnel with specific expertise required for tasks in the NSCS.

One tiny example of how the scope of NSCS has expanded can be gauged from this. Over the last three months, two dozen odd military officers, designated to be posted as Defence Attaches abroad, have undergone a structured orientation programme across different ministries and organisations like the MoD, MEA, the NSCS and Defence Intelligence Agency (DIA) in addition to their usual briefings in their respective service headquarters. Through this programme, they have been given briefings on what is expected of them when posted abroad, what they should look for, how they can promote Indian defence platforms and weapons for export and more importantly what to avoid when serving in foreign countries. A common briefing helps the DAs to project uniformity in thought and action during their tenures, the decision-makers reckon.

A major cultural shift has thus taken place in not confining national security to a few ministries. A more synergised approach, distilled from constant consultations across different arms of the government, is helping shape a coherent national security policy, guided and updated by the revamped NSCS.