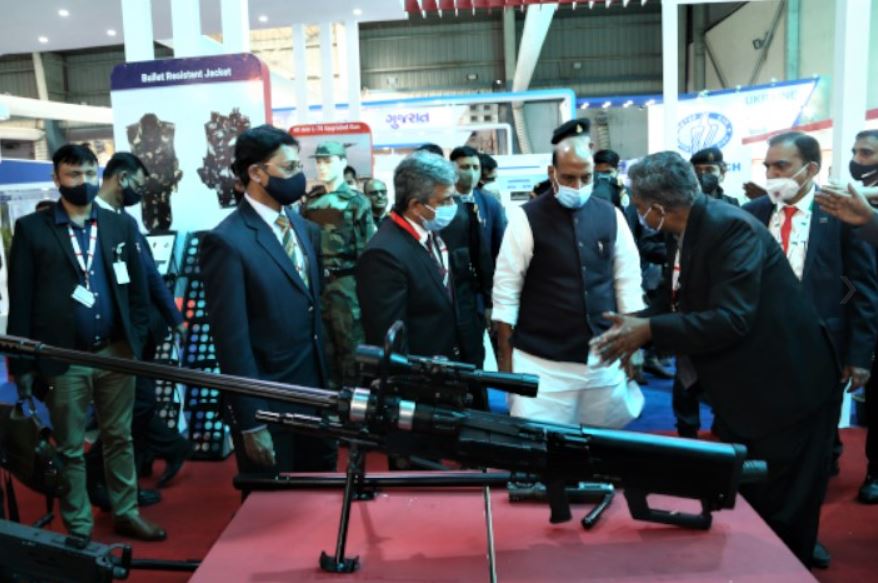 How will OFB Corporatisation Progress: A Deep Dive

The recent move by the Ministry of Defence (MoD) to corporatize the Ordnance Factory Board (OFB) and split the 100-plus years old organisation into seven different government owned Defence PSUs like entities is seen as one of the riskier decisions taken by the government since it is difficult to predict what shape this restructuring will take in coming years.

However, a private consulting firm based out of Delhi NCR has attempted to crystal gaze and come up with a likely trajectory that each of the new entities is likely to achieve, based on a set of assumptions and current realities. The war-game dwelt on the interplay at a strategic level between what its stakeholders want it to be, what the reality of the environment in which it will operate will allow it to be and what the principles of business suggest it should be.

The key findings of the study suggest that the revenue and income of the seven entities will vary and their fortune will depend on how the three armed forces place orders on them in coming years. The analysts felt that reduced demand and reprioritisation by the military because of changing nature of warfare will affect sustainability of these newly-formed companies.

Inevitably, as 95 per cent of the revenue of all seven corporatised  entities is dependent on the government budget, the implications of reduced demand would be an increase in prices, keeping in mind the new pressures of arranging working capital as well as resources for modernisation and R&D, besides its corresponding effect on turnover, the report concludes.

In June 2021, the Government had decided to convert the consolidated assets of OFB to be subsumed under the following seven new corporations:

The war-game led to the finding that division of OFB into seven entities has caused a disruption of existing supply chains. The Ancillary and the Opto Electronics Groups are under the threat of losing their age old customers –the Ammunition & Explosives and Vehicles Group respectively–on which they have 80 to 90 per cent dependency, without establishing alternate markets. The analysts felt that these groups are extremely vulnerable in the transition phase and will require “hand-holding” measures.

This was recommended to be in terms of a policy directive ensuring that this interdependency be allowed to continue for the transition phase, for a duration of three years. This needs to be addressed on priority, the group felt after studying the current conditions and the likely demand.

The war-game found that the Ancillary group stayed largely dependent on artillery/tank ammunition hardware orders in terms of shell casings/ cartridge cases/packing material  etc., from  the Ammunition and Explosives Group. Approximately 90 per cent of the group’s earnings are through inter-factory demands, out of which 80 per cent of the demand is from the Ammunition and Explosives Group. The analysts felt that The Ancillary Group is vulnerable to competition in the transition phase and will not be able to sustain itself unless either a price preference clause of 15 per cent is provided for or the inter-dependency be allowed to continue through a policy directive, for a three year period, the group recommended.

The war-game also found that with the  armed forces  incrementally phasing out clothing items by 2024-25, the revenues of the Troop Comfort Group will gradually reduce since the high cost structure also does not allow the this segment to be competitive against the private sector players. As a first step, the Group needs to cut its manpower by at least 25 per cent the study surmised.

The war game however found that at least three segments—The Vehicle Group, the Ammunition and Explosives Group and the Parachute Group–have a comparatively brighter future.

The ammunition and explosives group will be able to achieve YoY growth of 8 per cent in the next five years, due to order visibility, exports and economies of scale. Its proposed diversification in the field of ammunition life Extension Services and energy materials, were considered likely to yield dividends, the war game predicted. Similar 8 per cent YoY growth has been anticipated in the Parachute group.

Giving its reasons, the report said, “In the past, OFB was functioning on a ‘No Profit No Loss’ basis supplying at ‘actual cost of production’, but with additional overheads. Now they will operate under corporate pressures, where cost of maintaining working capital and R&D costs will have to be taken into consideration and added to the cost of production. Sub-contracting from different corporate entities due to splitting of traditional supply chains and Inter corporate taxation issues will add to the costs. Besides a reduced demand due to a reduced budget will create its own pressures in some cases,” the war game report informs. The analysts felt that the cost plus model will have to be adopted in the short term, thus making one of the aims of corporatisation, the cost reduction will be difficult to achieve.

Finally, the participants in the war game said it is essential to build confidence in the Human Resources. Keeping external factors aside, it was felt that the need of the hour is an inculcation of self-belief, self-esteem and confidence and removing apprehensions about the intention of the government.

Two issues need resolution by the government, the war game participants said. One, clarity on the status of officers and workers after the initial period of two years for which the government has agreed to extend the existing terms and conditions of their employment. Two, clarifying apprehensions about golden handshake or side stepping offers to other ministries/departments/government organisations. The analysts felt that gaining the support and confidence of OFB employees at all levels will remain a crucial determinant for success and needs to be addressed with sensitivity and care. Moreover, the existing surplus manpower is not capable of performing functions like finance, and marketing and will require personnel with experience from other PSUs/DPSUs.

The war game, conducted late last month, was run by Insighteon Consulting and included experts drawn from as varied backgrounds as Department of Defence Production (DDP), Quality Assurance, OFB, and included among others a former Financial Adviser in the MoD, a former Vice Chief of the Army Staff (VCOAS), representatives from the private sector and also labour union representatives.