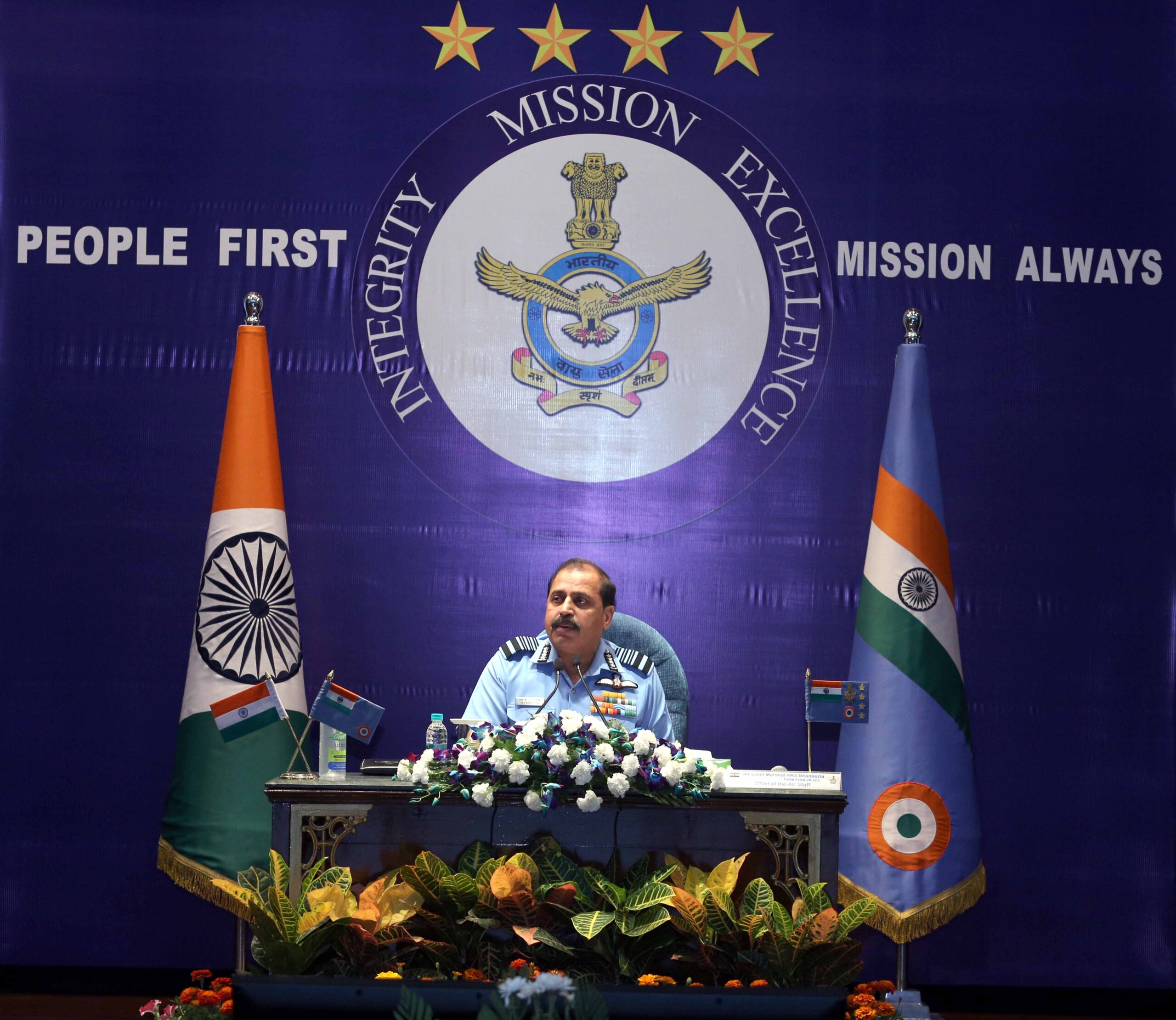 Indian Air Force (IAF) Chief, Air Chief Marshal RKS Bhadauria stated that India is fully capable of handling any threat from China in the border standoff along the Line of Control (LAC) in Eastern Ladakh and “China can’t get better of us”. However, he said, China has its own areas of strength and there is no question of underestimating the adversary but, “We have catered for all scenarios and are fully capable of handling any threat,” The Air Chief was addressing the annual press conference ahead of Air Force Day on 8 October.

On disengagement talks with China, the Air Chief said, the current progress is slow and there is an increase in the efforts to dig-in for winter by both the forces on the ground and air assets in airfields close by. “Defence forces see the ground reality after that. Our further action will depend on ground realities,” he told reporters.

Answering a question on whether India and the Indian military were surprised by the Chinese deployment and aggression in Ladakh, the Air Chief said, “We acted swiftly and it will not be correct to say we were surprised. We do hope the talks between the military commanders progress on expected lines.” When asked if China could use Pakistan’s air bases, Bhadauria said it would mean a collusive threat and the force was ready to tackle it.

On the possibility of a two-front threat, he observed, “We are aware they are cooperating closely. There is a significant threat, but so far there is no such indication that they are colluding for a two-front war.”

The Air Chief observed that the induction of Rafale jets has given IAF an operational edge. “It gives the ability to strike first and strike deep and hard even in a contested air space.” The next five aircraft are expected in early November, he said, adding that the first squadron would be ready by next year and the second in place by 2023.

“We have operationalized Rafales, Chinooks, Apache and integrated them with our concept of operations in record time. In the next three years we will see Rafale and LCA Mark 1 squadrons operating with full strength, along with additional MiG-29 ordered in addition to the current fleet,” he added.

Highlighting the importance of a “self-reliant” India, Bhadauria stated IAF’s vision is to scale up its combat capability by increasing “indigenous equipment to achieve self-reliance and strategic autonomy.”

He said IAF has placed its trust in Light Combat Aircraft and the next five years it will be inducting of 83 LCA Mark 1As. “At the moment, we are concentrating on 83 LCA Mk 1A. After that, the follow-up planned is MRFA (multi-role fighter aircraft).

Bhadauria said that the Indian Air Force is fully committed to the indigenous development of modern aviation platforms and systems in consonance with the Prime Minister’s Atmanirbhar Bharat initiative. The IAF Chief reiterated the scope of the private sector’s involvement in the aerospace ecosystems’ development. “Requirements of the IAF would be best met with the effective mix and public and private partnership. We see a major opportunity for the private sector as we go along, and feel that our requirements would be best met with the effective mix of public and private sector partnership in our aerospace ecosystem development,” he said.

You will soon see the contracts for HTT-40 and Light Combat Helicopter in this area,” he explained.

He further informed, the IAF has initiated processes for developing indigenous combat systems with sixth-generation technologies.