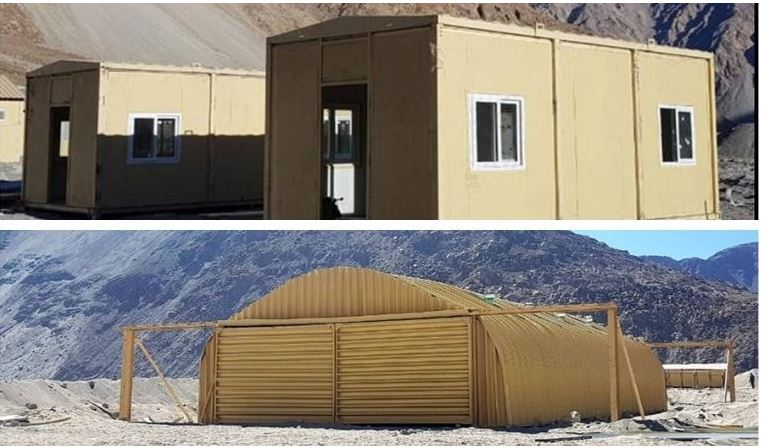 As the military standoff between Indian and Chinese troops continues on the icy heights of eastern Ladakh, Indian Army has completed establishment of habitat facilities to protect its soldiers on the Line of Actual Control (LAC).

According to official sources, troops on the front line are accommodated in heated tents as per tactical considerations of their deployment as temperature in eastern Ladakh dips to minus 30-40°c coupled with wind chill factor.

Since April, both Indian and Chinese sides have amassed large number of troops in eastern Ladakh. Indian army has deployed over 50,000 troops in the sector which is nearly four times the usual deployment in the area. It was estimated that around 10,000-12,000 assorted habitats would be required for the troops, including arctic tents to accommodate three to four people. Besides, two types of fibreglass huts that can house four to six troops and another with a capacity of eight to 10 people. In addition, prefabricated shelters to house around 20 people as well as stores were also made available apart from bathing cubicles and kitchen.

“Before the onset of snowfall, we have completed the establishment of habitat facilities for all troops deployed in Eastern Ladakh. Apart from smart camps with integrated facilities built over the years, additional state of the art habitat with integrated arrangements for electricity, water, heating facilities, health and hygiene have been recently created to accommodate the troops,” a defence official said.Read more…