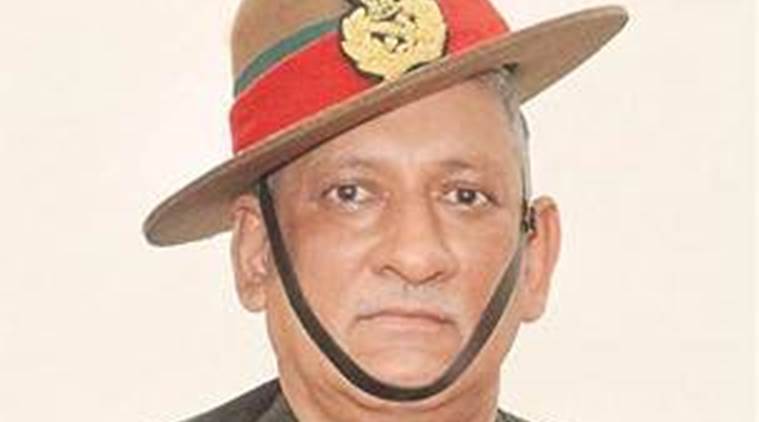 Thirty-three years ago Prime Minister Indira Gandhi decided to by pass the seniority principle and appointed an armoured corps officer, Lt Gen AS Vaidya as the chief of army staff superseding his senior Lt Gen S K Sinha, a Gorkha regiment officer, leading to a quiet and dignified exit of Lt Gen Sinha.

Ironically, the tables have turned this time. Lt Gen Bipin Rawat, appointed as the next Army Chief by the government on Saturday, is a Gorkha regiment officer who has superseded two of his seniors Lt Gen Praveen Bakshi and Lt Gen PM Hariz. Gen Bakshi, the Eastern Army Commander belongs to the Armoured Corps while Gen Hariz, the Pune-based Southern Army Commander, is a Mechanised Infantry officer.

According to old timers, Mrs Indira Gandhi had asked the then outgoing chief Gen K V Krishna Rao who he thought deserved the top spot. Apparently, Gen Krishna Rao, ever the correct military professional, is said to have told Mrs Gandhi: “Gen Vaidya is a great operational man on the field (he won two Maha Vir Chakras in 1965 and 1971 wars) while Gen Sinha is an outstanding staff officer. However the choice for the top post is entirely yours.” Mrs Gandhi chose, in her judgement, an excellent field commander to head the Indian Army.

In Gen Rawat’s case too his greater field experience may have tilted the scales in his favour. The government came to a conclusion it could work with Gen Rawat, with his wide ranging experience better than the other two Generals in the running. Gen Rawat for instance, was commanding a Rashtriya Rifles Sector as a brigadier and the Baramulla-based 19 Division as a major general during intense counter-insurgency days in J&K besides a tenure in the UN. He was also a part of the 5/11 Gorkha Rifles in Op Falcon against the Chinese in Tawang in 1986-87. As a Lt Gen he commanded the Dimapur-based 3 Corps before taking over as the Southern Army Commander and then for the last six months as the vice chief of army staff in Delhi.

Lt Gen Bakshi, an upright and professionally competent officer on the other hand, commanded his brigade and division in the Rajasthan desert and spent very little time in the north-east or J&K until he became a three star officer simply because Armoured Corps officers do not get too many opportunities to go beyond their general area of deployment.

There is no doubt that Gen Bakshi would have made an equally effective COAS had he been elevated, but the government thought it could utilise Gen Rawat’s greater experience in J&K since the challenge of proxy war from Pakistan is unlikely to go away in the near future.

Gen Rawat’s elevation has expectedly created a stir with opposition parties and some veterans questioning the government’s decision.

The government is however well within its right to choose from a panel of names that the Ministry of Defence (MoD) sends to the Prime Minister’s office and to the Appointments Committee of Cabinet (ACC). In this case, the government in its wisdom chose to select Gen Rawat to the top post. His appointment should however in no way be seen as a poor reflection on the abilities of the other two contenders.

In any case there have been earlier precedents (apart from the Generals Vaidya-Sinha episode) both in the navy and the Indian Air Force of senior officers being overlooked. In 2014, the UPA government appointed Adm Robin Dhowan as the Navy chief bypassing his senior Vice Adm Shekhar Sinha. In the 1980s, the IAF witnessed at least two instances of supersession.

Gen Rawat’s appointment also breaks the element of predictability that has set in the higher leadership of the Indian military of late where officers in the rank of one star (brigadier and equivalent) above exactly know who is likely to become a two- and a three-star officer and who will be the chief six years down the line based on a combination of date of birth and seniority! As a result, those in the higher merit have started becoming ‘safe’ players, unwilling to take any decision that would affect their prospects and becoming timid in their day to day functioning. Another category of officers start looking for ‘godfathers’ to further their own chances affecting the quality of leadership and decision making.

By jettisoning the seniority principle, the government has sent a strong signal that only merit and suitability will count in occupying posts in the higher echelons of the military. This should rattle many ‘safety-first’ players from their stupor and perhaps lead to a much wanted shake up.

Further, ‘merit’ in this rank is NOT to be based on Confidential reports, Course Gradings or Awards. Merit, at the highest level basically means ‘relative ease of doing business’ with the political leadership in the prevailing security environment. It is sum of personality factors viz, risk taking profile, decisiveness, tolerance of complexity, tolerance of ambiguity, and synergy of thought with other stakeholders in national strategic security issues.

Incidentally, seniority principle is NOT followed for the top job in most professional armies whether in US, France, Germany, China and or even in Pakistan. There is no reason why India cannot experiment with this model.