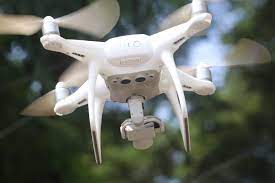 The Central government has notified the new Drone Rules 2021 which replaces the Unmanned Aircraft System (UAS) Rules passed in March this year. Under the new regime, no security clearance is required before any registration or license issuance for drones. The requisite fees for permissions have also been reduced to nominal levels. Rules make it easier for people and companies in the country to now own and operate drones.

The Ministry of Civil Aviation has eased the rules regarding drone operations in the country by reducing the number of forms that need to be filled to operate them from 25 to 5 and decreasing the types of fees charged from the operator from 72 to 4.

Hailing the new initiative, Prime Minister Narendra Modi said that the new drone rules usher in a landmark moment for the sector in India. He said on Twitter that “the rules are based on the premise of trust and self-certification. Approvals, compliance requirements and entry barriers have been significantly reduced,” and added the new rules will tremendously help start-ups and youth working in this sector.

“It will open up new possibilities for innovation and business. It will help leverage India’s strengths in innovation, technology and engineering to make India a drone hub,” he mentioned.

The fee, according to the new rules, has been reduced to nominal levels and de-linked from the size of the drone. The rules have also abolished the requirement of various approvals, including certificate of conformance, certificate of maintenance, import clearance, acceptance of existing drones, operator permit, authorisation of R&D organisation and student remote pilot licence.

Other approvals such as unique authorisation number, unique prototype identification number and certificate of manufacturing and airworthiness have also been abolished, according to Drone Rules, 2021. No flight permission will be required for up to 400 feet in “green zones” and up to 200 feet in the area between 8 and 12 km from the airport perimeter, the new rules stated.

“Green zones” are the airspace up to a vertical distance of 400 feet that have not been designated as red zone or yellow zone in the airspace map.

An interactive airspace map with green, yellow and red zones shall be displayed on the digital sky platform within 30 days of publication of these new rules.

The Drone Rules, 2021, have also prescribed easier processes for the transfer and deregistration of drones.

No pilot licence will be required for micro drones (for non-commercial use) and nano drones, the rules mentioned, adding that the maximum penalty for violations has been reduced to Rs 1 lakh.

According to the new rules, the type certificate and unique identification number will be required only when a drone is to be operated in India.

If a drone is being imported or manufactured only for export purposes, it will be exempted from type certification and the requirement of a unique identification number.

Drone corridors will be developed for cargo deliveries and a drone promotion council will be set up to facilitate a drone-friendly regulatory regime in the country, according to the draft rules.

The rules also stated that there would be no restriction on drone operations by foreign-owned companies registered in India.

Digital sky platform will be developed as a business-friendly single-window online system, the new rules mentioned.

Civil Aviation Minister Jyotiraditya Scindia said on Twitter that the new drone rules will trigger a revolution in the logistics and transportation sector and create change ripples across sectors such as agriculture, healthcare and mining.

b. Number of forms/permissions have been reduced from 25 to 5.

c. All permissions shall be through a single nodal point i.e. Digital Sky platform.

d. No security clearance required for conducting any activity in the drone sector. e. Fees for permissions have been nominally reduced to a maximum of INR 1,000. f. Maximum penalty under Drone Rules, 2021 reduced to INR 1 lakh. This shall, however, not apply to penalties in respect of violation of any other laws.

a. Interactive airspace maps with green, yellow, and red zones will be launched on the digital sky platform and shall also be accessible using APIs.

b. Yellow zone for drones reduced from 45 km to 12 km from the perimeter of airports.

c. No permission required for operating a drone in green zones and upto 200 feet in the area between 8 and 12 km from the perimeter of airports.

a. Online registration of all drones required through the Digital Sky platform.

b. Easy process prescribed for sale, lease, gift, transfer and deregistration of drones.

c. A limited window opportunity provided for regularisation of existing drones in the country. However a GST paid invoice shall be required for the same.

c. No drone pilot licence required for operating nano drones and micro drones for non-commercial use.

d. Type Certification of drones delegated to the certification bodies authorised by Quality Council of India.

a. Drones upto 500 kg shall be covered under these rules which shall pave the way for heavy payload-carrying drones and drone taxis making India future ready.

b. Special drone corridors shall be developed for cargo deliveries.

6. Promotion of R&D and Indigenous Manufacturing

a. No type certification, drone registration, remote pilot licence or prior permission for flying drones required during research and development.

b. The Central Government shall issue certification standards which shall promote the use of made-in-India technologies, designs, components and drones and India’s NavIC regional positioning system.

c. An Unmanned Aircraft Systems Promotion Council which shall include industry experts and academic institutions and shall facilitate development of a business friendly regime, provide policy advice and promote the overall development of the drone ecosystem.

Complimenting on the landmark moment that may change the Indian drone ecosystem, the Drone Federation of India said “India aspires to become one of the most powerful countries of the world. To achieve this vision it needs to develop technological, cultural, military as well as economic strength. Drones shall play a major role in achieving this vision. The government’s fearless decision to liberalise the drone policy even after multiple rogue drone incidents near our northern borders is a paramount move in this direction. The issuance of these rules marks a new era in the Indian drone ecosystem which has a market potential of more than INR 50,000 crores and can create 5,00,000 professional jobs in the next 5 years. The regulations which cover drones up to 500 kgs shall open up opportunities for indigenous manufacturing of delivery drones and drone taxis making India future-ready”.

“The establishment of the Unmanned Aircraft Systems Promotion Council which includes industry and academia showcases that the government recognises drone technology as a technology of national importance. We appreciate the Ministry of Civil Aviation’s initiative of liberalising the drone industry and will continue to extend our support towards making India a global drone hub,” said Smit Shah, Director, Drone Federation of India.