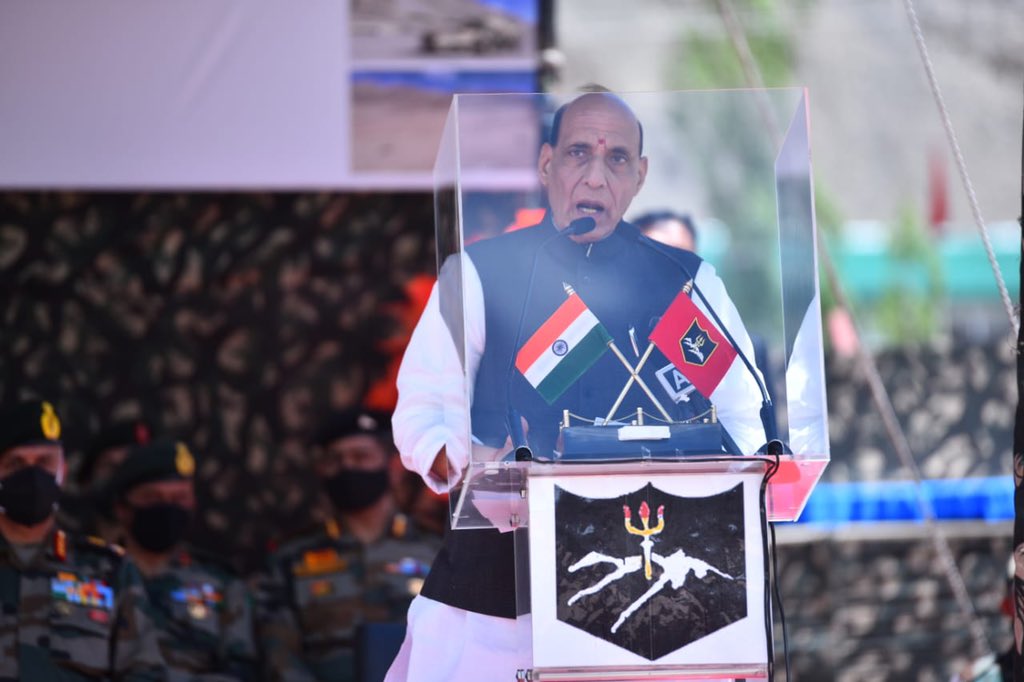 India Ready to Give Befitting Reply if Provoked: Defence Minister

Defence Minister Rajnath Singh, who is on a three-day visit to Ladakh, said India is a peace-loving nation that never resorts to any kind of aggression but is always prepared to give a befitting reply if provoked.

Addressing soldiers in a forward location on the second day of his visit to the region, Singh said India wants to resolve disputes with the neighbouring countries through dialogue but asserted that the nation’s safety and security will not be compromised at any cost. In a direct message to China, the Defence Minister said, India is a peace-loving country and does not threaten anyone but the country will not tolerate if anyone threatens it.

He assured all possible support to the Armed Forces, reaffirming the vision of the Government of a strong military that is capable of dealing with every eventuality. He also paid glowing tributes to the 20 soldiers killed in the Galwan Valley clash in June last year and said the country will never forget their sacrifices.

Singh’s three-day visit to the region comes in the midst of a stalemate in resolving over a year-long standoff between Indian and Chinese troops in several friction points in eastern Ladakh though they withdrew troops and weapons from Pangong Lake areas in February.

From Ladakh, Singh dedicated to the nation 63 bridges built by Border Roads Organisation (BRO) and reaffirmed the government’s resolve to bolster border infrastructure for the security and development of the nation.

A 50-metre-long bridge constructed on the Leh-Loma Road in Ladakh was inaugurated by him. This single-span steel superstructure bridge, which replaces an existing bailey bridge, will ensure unhindered movement of heavy weapon systems, including guns, tanks and other specialised equipment. The Leh-Loma Road, which connects Leh with places such as Chumathang, Hanley and Tso Morori Lake, is vital for access to forward areas in Eastern Ladakh.

In addition, Singh virtually inaugurated 62 more bridges – 11 in Ladakh, four in Jammu & Kashmir, three in Himachal Pradesh, six in Uttarakhand, eight in Sikkim, one each in Nagaland and Manipur and 29 in Arunachal Pradesh. The combined cost of the projects is Rs 240 crore and they will provide a tremendous boost to connectivity in the border areas.

Underlining the importance of connectivity, especially in border areas for the development of a nation, the Minister reaffirmed the government’s resolve to ensure infrastructure development in far-flung border areas. He expressed confidence that the bridges will play a crucial role in strengthening security as well as promoting the economic development of the respective states through improved connectivity. 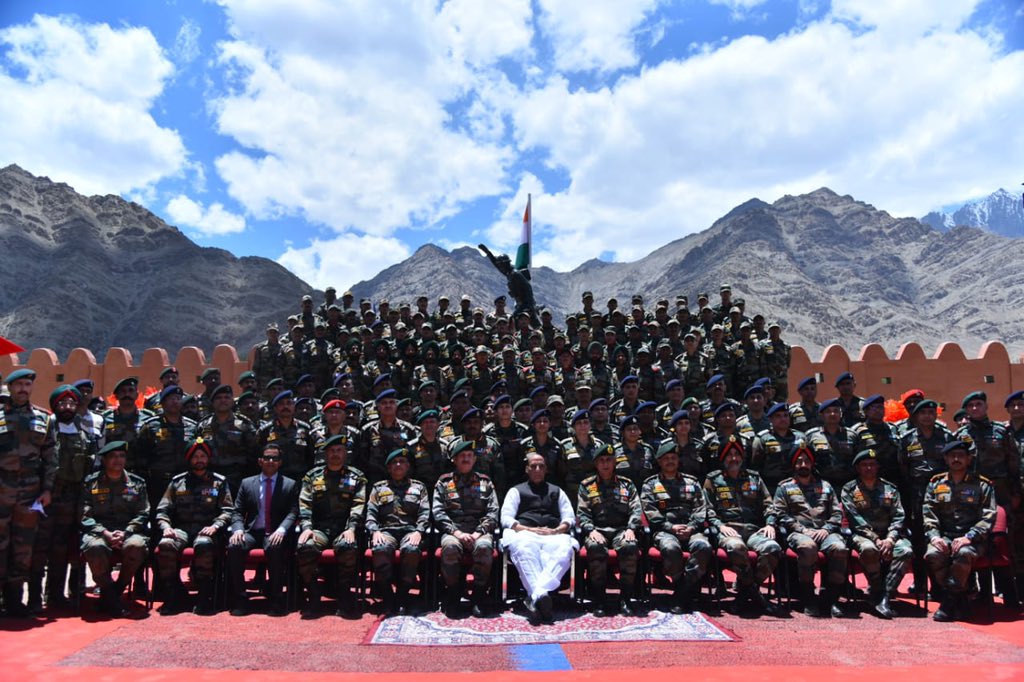 Speaking on bifurcation, Rajnath Singh observed that the decision led to a major reduction in terrorist activities sponsored from outside and opened new avenues for the socio-economic development of the people.

On Sunday, the first day of the tour, Singh carried out a comprehensive review of India’s military preparedness in eastern Ladakh. The Defence Minister, accompanied by Army Chief Gen MM Naravane, was given a detailed briefing about the prevailing situation as well as India’s combat readiness in the region by top commanders of the Army at the Leh-based headquarters of the 14 Corps, officials said.

India and China were locked in a military standoff at multiple friction points in eastern Ladakh since early May last year. However, the two sides completed the withdrawal of troops and weapons from the North and South banks of Pangong Lake in February following a series of military and diplomatic talks.

The two sides are now engaged in talks to extend the disengagement process to the remaining friction points. India has been particularly pressing for disengagement of troops in Hot Springs, Gogra and Depsang. Each side currently has around 50,000 to 60,000 troops along the Line of Control (LAC) in eastern Ladakh.

There is no visible forward movement in disengagement of troops in the remaining friction points as the Chinese side did not show flexibility in their approach at the 11th round of military talks held on 9th April.