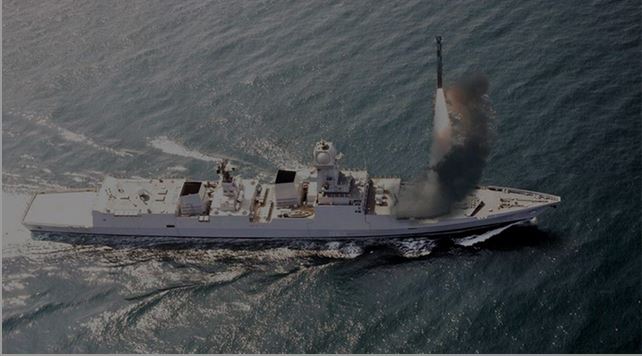 A NAVAL version of the BrahMos supersonic cruise missile was successfully test-fired on Sunday from the Navy’s indigenously built stealth destroyer INS Chennai, hitting a target in the Arabian Sea, said the Ministry of Defence.

The missile hit the target with pin-point accuracy after performing high-level and extremely complex manoeuvres, the MoD said in its official statement on Sunday.

It also said the BrahMos as the “prime strike weapon” will ensure the warship’s “invincibility” by engaging naval surface targets at long range and making the destroyer a lethal platform.

While versions of the missile have been in India’s arsenal for long, the weapon system is continuously upgraded and updated with new hardware and software systems. These upgrades necessitate periodic tests. Scientists from the Defence Research and Development Organisation (DRDO) said in every such test of a specific variant of the BrahMos, different parameters were examined. For each test, additional hardware and software systems were examined based on inputs from the user, and against more complex targets under different atmospheric conditions, they added.Read more…