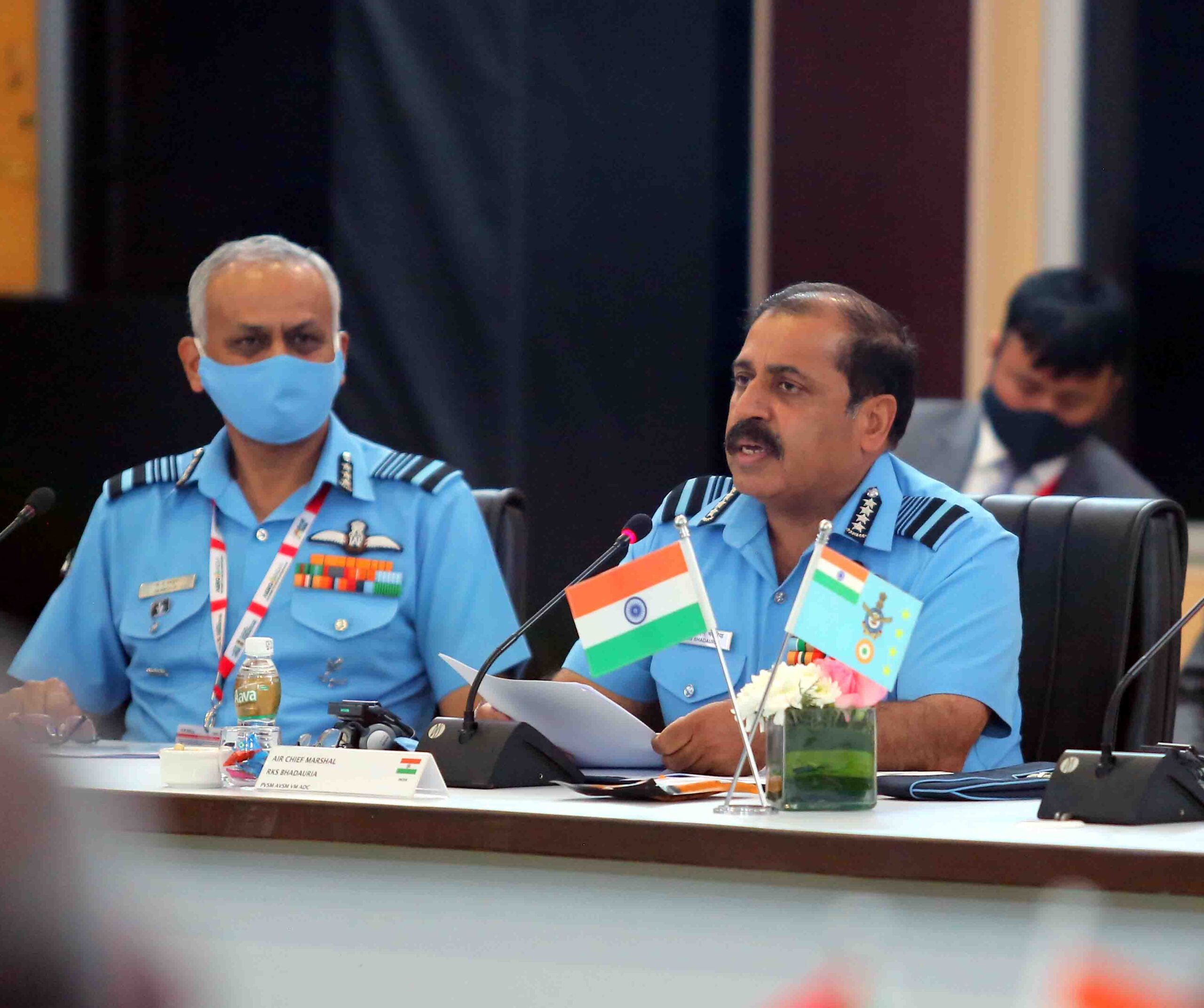 Indian Air Force (IAF) Chief, Air Chief Marshal RKS Bhadauria is bullish about the Indian aerospace sector which is rapidly expanding and expressed confidence that the indigenous industry will become a significant player in the overall global aerospace supply chain. Speaking at the Chief of the Air Staff Conclave at Aero India-2021 in Bengaluru on 3 February, he said, “Seen through the geostrategic prism, India is central to peace, stability and security in this region, and Indian Air Force’s prowess would be a crucial enabler”.

Commenting on international cooperation, Air Chief said it can be created but they need to be backed by credible and appropriate military power. Bhadauria said that IAF has been deeply involved in the Humanitarian Assistance and Disaster Relief (HADR) missions in the Indian Ocean Region (IOR). He said, “India and Indian Air Force are also conscious of the responsibility that we share with our friends and partners in responding to calls for assistance in wake of natural calamities and disasters. IAF with its potent strategic airlift capability has been at the forefront of HADR missions in the region”.  He also mentioned the essential tasks were carried out during the peak of COVID-19 pandemic with IAF undertaking extensive missions for evacuation as well as for providing medical supplies.

“To deepen the HADR cooperation and coordination among our neighbours, we have also been conducting regular exercises with an aim to mutually share our expertise and assist in capability building. To enhance such interoperability further, we should look at establishing a methodology for sharing ISR grid when necessary,” the Air Chief proposed.

Speaking about building indigenous capability, Air Chief Marshal Bhadauria said “The Government of India has introduced multiple reforms, and policy changes, which encourage partners to collaborate on creating next-generation technologies and platforms under the ‘Make in India’ programme”. He further added, “From the IAF’s perspective, we have placed large orders for LCA, in excess of 7 billion USD. LCA is the best in its class lightweight fighter which would become an important part of IAF’s future combat capability”.

Disclosing future plans of the IAF, he said, “We are also embarking on the development of Advanced Medium Combat Aircraft, a fifth-generation aircraft hosting some sixth-generation technologies in a public-private partnership model. We have already placed large orders for radars, avionics and weapons; areas in which our industry is rapidly expanding. I have no doubt in my mind that in the coming decade, the Indian Aerospace sector will truly come of age and become a significant player in the overall global aerospace supply chain”.

Earlier today, Defence Minister Rajnath Singh, in a veiled attack on China over the standoff in Eastern Ladakh, said that India is prepared to defend its territorial integrity at all costs. “We have long witnessed unfortunate attempts to employ force to change the status quo along our unresolved borders. India is vigilant and prepared to counter and defeat any misadventure to defend our people and the territorial integrity at all costs,” said Singh during the inaugural session of three-day Aero India show in Bengaluru’s Yelahanka airbase. 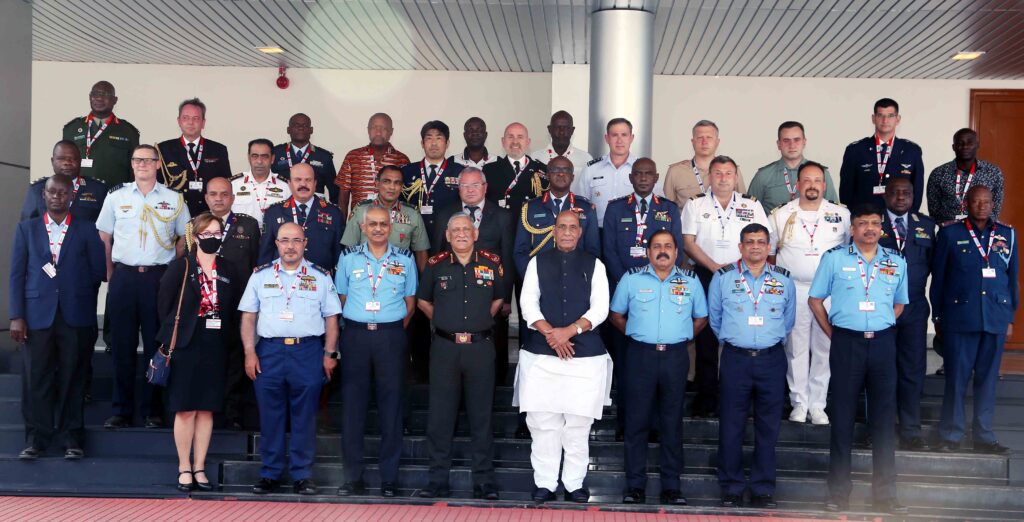 At the inaugural ceremony of Aero India 2021, the contract documents for 83 Light Combat Aircraft Tejas were handed over to Hindustan Aeronautics Limited (HAL) in the presence of Defence Minister Rajnath Singh. The Cabinet Committee on Security (CCS) had approved procurement of 73 LCA Tejas Mk-1A fighter aircraft and 10 LCA Tejas Mk-1 Trainer aircraft on 13th January this year. The contract is valued at close to Rs. 48,000 crore. This is the largest ever defence contract for indigenous manufacture, till date. This significant step provides great impetus to indigenous fighter aircraft capability of the nation. A stellar display of Tejas was also made today in Aero India 2021 in the presence of a large number of international and national guests.

The three-day event features participation by 540 exhibitors – 457 Indian exhibitors and over 80 foreign exhibitors from more than 55 countries, nine foreign OEMs and several large corporates and MSMEs from India. The biennial show highlights the unique opportunity in defence and aerospace manufacturing that India offers through a rising demand, greater innovation, conducive policies and a maturing ecosystem in the sector.