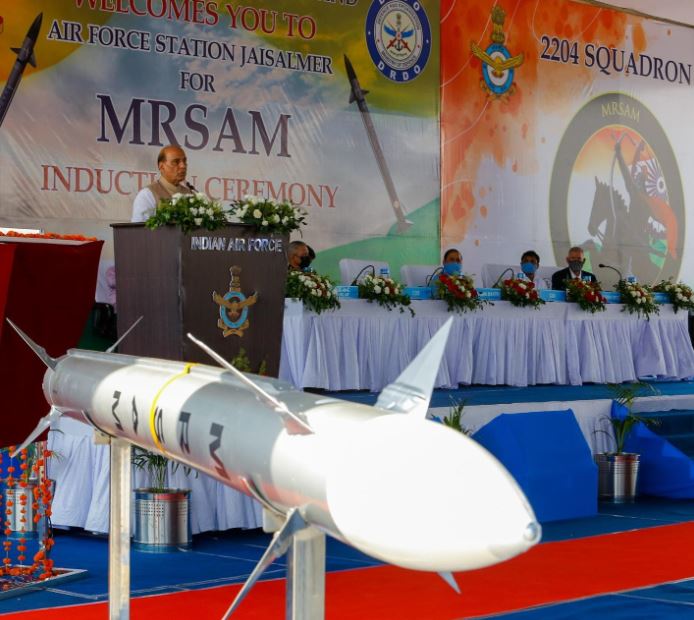 In a significant boost to India’s defence capabilities, the first deliverable Firing Unit (FU) of Medium Range Surface to Air Missile (MRSAM) System was handed over to Indian Air Force (IAF) in the presence of Defence Minister Rajnath Singh at Air Force Station, Jaisalmer in Rajasthan on 9th September.

The MRSAM or the Barak 8 is an advanced network-centric combat Air Defence System developed jointly by the Defence Research and Development Organisation (DRDO) and Israel Aerospace Industries (IAI) in collaboration with the Indian industry comprising of private and public sectors, including MSMEs. Other firms involved in the project include Israeli firm Rafael, Bharat Electronics Limited, Bharat Dynamics Limited and Larsen & Toubro.

“With the handing over of the MRSAM system to IAF, we have taken a giant leap towards achieving ‘Atmanirbhar Bharat’ (self-reliant India). The MRSAM will prove to be a game-changer in air defence,” Singh said at the induction ceremony in Jaisalmer. 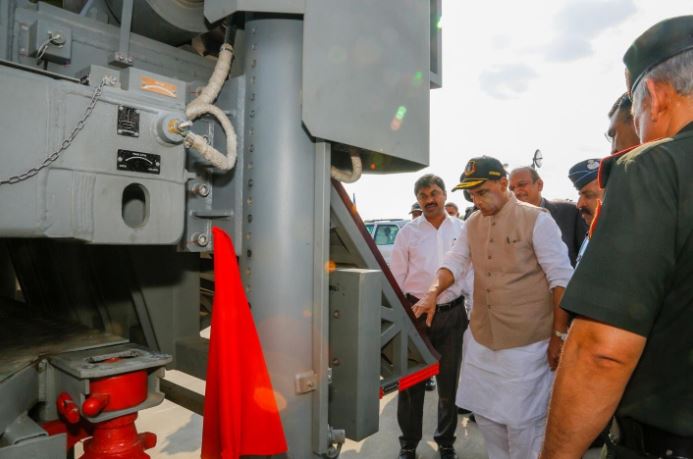 The Defence Minister reiterated the government’s resolve to strengthen the security infrastructure of the country to deal with any challenges arising out of the rapidly changing global strategic scenario. He stated that the modernisation of the Armed Forces and building a self-reliant defence industry are being accorded top priority. He expressed confidence that India will soon become self-reliant in defence manufacturing as well as a global manufacturing hub of defence systems.

Singh described the development of the MRSAM system as a shining example of the close partnership between India and Israel, adding that handing over the system to IAF has taken this decades-old friendship to greater heights. It has played an important role in strengthening the defence industrial base of India and Israel, he added.

The MRSAM system was long-awaited. Speaking on the occasion, Chief of Air Staff Air Chief Marshal R K S Bhadauria stated that the MRSAM system will bolster the air defence capabilities of the country. 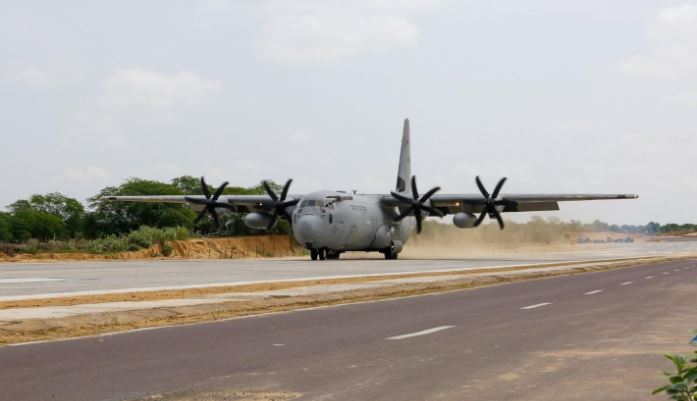 The MRSAM induction ceremony took place after Rajnath Singh and Minister for Road Transport and Highways Nitin Gadkari jointly inaugurated an emergency landing facility for the IAF on the Satta-Gandhav stretch of NH-925A near Barmer. The two Ministers also witnessed aircraft operations on the new landing facility, which supports landing of all aircraft in the air force’s fighter and transport fleets.

Speaking at the inauguration ceremony, Rajnath Singh hailed the “great feat” and said that the NHAI is preparing emergency landing fields at 20 locations and also constructing helipads in many other regions. “This emergency landing field and the three helipads will not only be useful in the time of war but to carry out rescue and relief operations during any natural disaster,” he said.