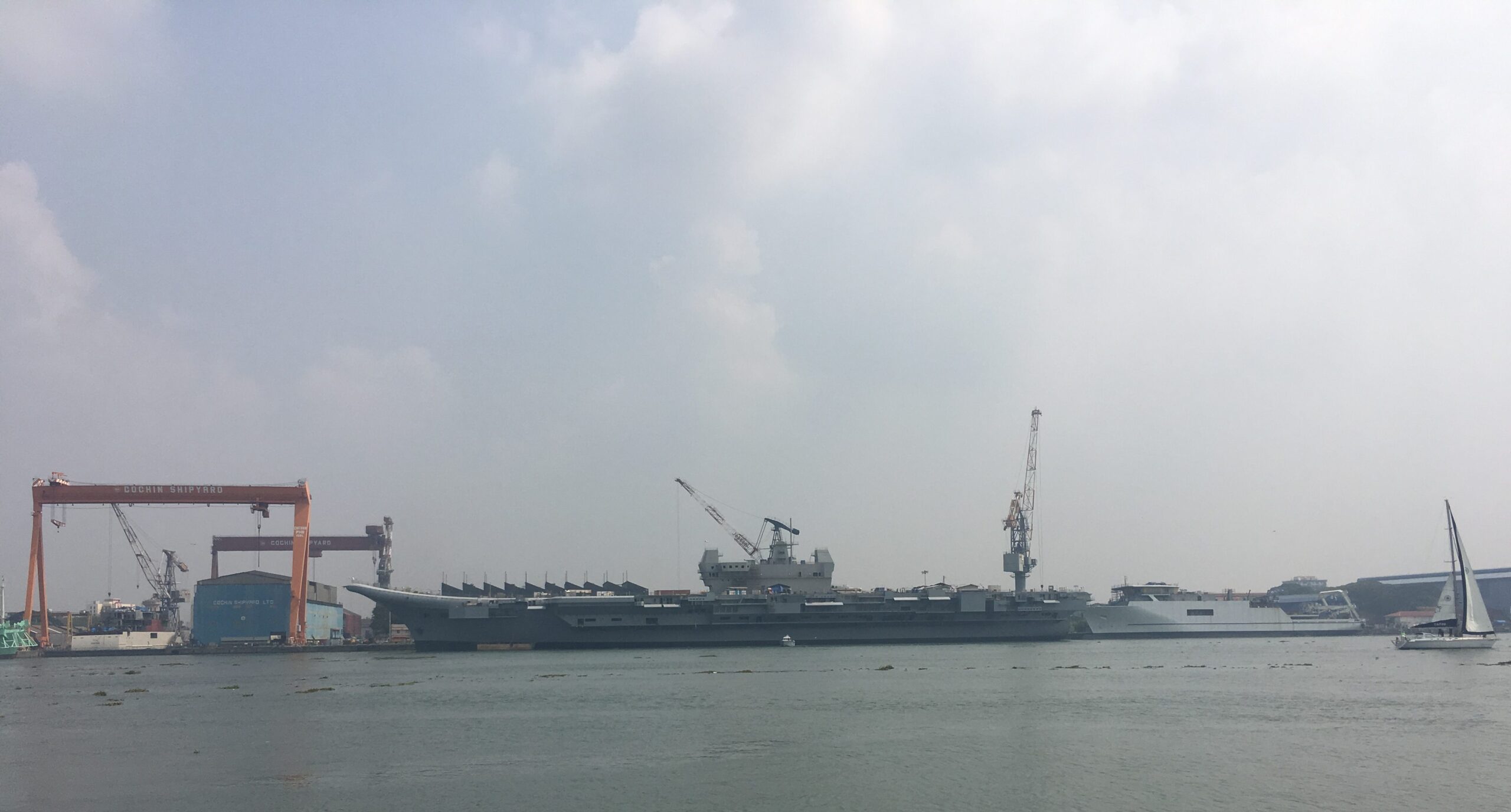 Indian Navy to Get Second Aircraft-Carrier by 2021

India’s first Indigenous Aircraft Carrier (IAC), Vikrant ‘is alive’ and in an advanced stage of construction. It will be ready for delivery by February 2021, according to Vice Admiral A K Saxena, Controller of Warship Production and Acquisition in the Indian Navy.

Putting to rest all speculations of further delays in its commissioning, the warship had missed its 2018 deadline, Vice Admiral Saxena said, “The construction is moving at a brisk pace and hectic activities are going on. The ship is alive and the gas turbines could be fired in the third quarter of this year. Basic trials will be conducted in February-March next, and sea trials, after that. The final product will be delivered to the Navy in 2021,” he said.

“Flight trials will start after the delivery,” Vice Admiral Saxena clarified. Aviation trials which are expected to commence by February 2021 will take about two years and the carrier is expected to be commissioned into the Navy in early 2023, another Naval officer said.

With this, India will join the elite group of countries that have an indigenous aircraft carrier. At present, only the US, Russia, Britain and France have the capability to design and build aircraft carriers of 40,000 tons or more.

20MiG 29K fighter jets and 10 helicopters will be deployed on the aircraft carrier. Earlier, Navy had plans to put indigenous naval version of Light Combat Aircraft, Tejas on the warship, but the programme was dumped after the fighter jet failed to meet the carrier capability required by the Indian Navy. Now, Navy will have to depend on Russian made MiG-29K.

The second indigenous aircraft carrier called IAC-2 has not logged much progress and still on the drawing board. Vice Admiral Saxena informed that its requirement has been by and large accepted. However, at the moment it was about availability of finances versus the requirement. “It is still under deliberation.”

He said the navy could have more than 50 per cent indigenous content in the next-generation submarines. The Ministry of Defence had floated an Expression of Interest to several Indian companies on 20 June to make six submarines under the programme – Project 75-I. Vice Admiral Saxena said once Project 75-I is completed India would have the capability to make her own submarines.

Vice Admiral Saxena was speaking at a curtain raiser event for an upcoming seminar on ‘Nation Building through Shipbuilding’, being jointly organised by the Navy and industry body FICCI later this month from  25 to 26 July.

FICCI Advisor Commodore SujeetSamaddar (Retd) said that going by history, no nation has achieved great power status unless it has an indigenous shipbuilding capability. Shipbuilding has a direct relationship with nation-building, he said.

“Shipbuilding leads to job creation and this is the key need for our country. There is no other industry with a higher multiple of job creation than the shipbuilding industry. Most estimates quote that one job in a shipyard results in 60-65 jobs outside as indirect employment,” he said.

He said there is a growing realisation that public-private partnership is the way forward.  Commenting on the need to build our own shipbuilding industry, he opined that if we have to be a 5 trillion dollar economy, our shipbuilding needs to take huge strides.