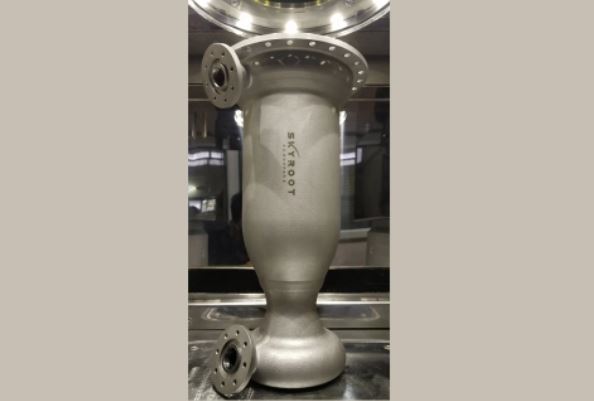 The cyrogenic engine ‘Dhawan-1’ is 100 per cent 3D printed and fueled by LNG and liquid oxygen as oxidizer.