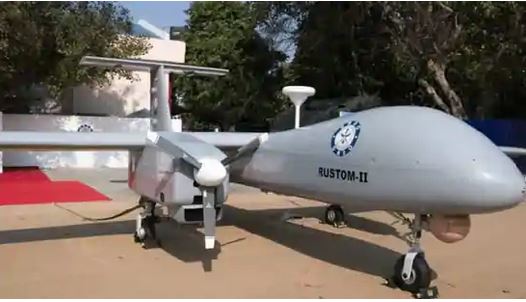 India’s Rustom-2 UAV gets massive upgrade, will soar to 27,000 feet in April

Rustom-2, India’s medium-altitude long-endurance drone being developed by the Defence Research and Development Organisation, is targeted to achieve a huge milestone in April when it will take off from its test range in Karnataka’s Chitradurga to fly for more than 18 hours at a height of over 27,000 feet, people familiar with the development said.

“This will be a huge step,” said a senior government official about the indigenously-developed unmanned aerial vehicle (UAV) designed for strategic reconnaissance and surveillance operations. Rustom-1

India’s previous efforts to develop military hardware hadn’t been very successful in the past, forcing the country to import more than 60% of its military requirement. India is the world’s third-biggest military spender in the world after the United States and China.Read more…