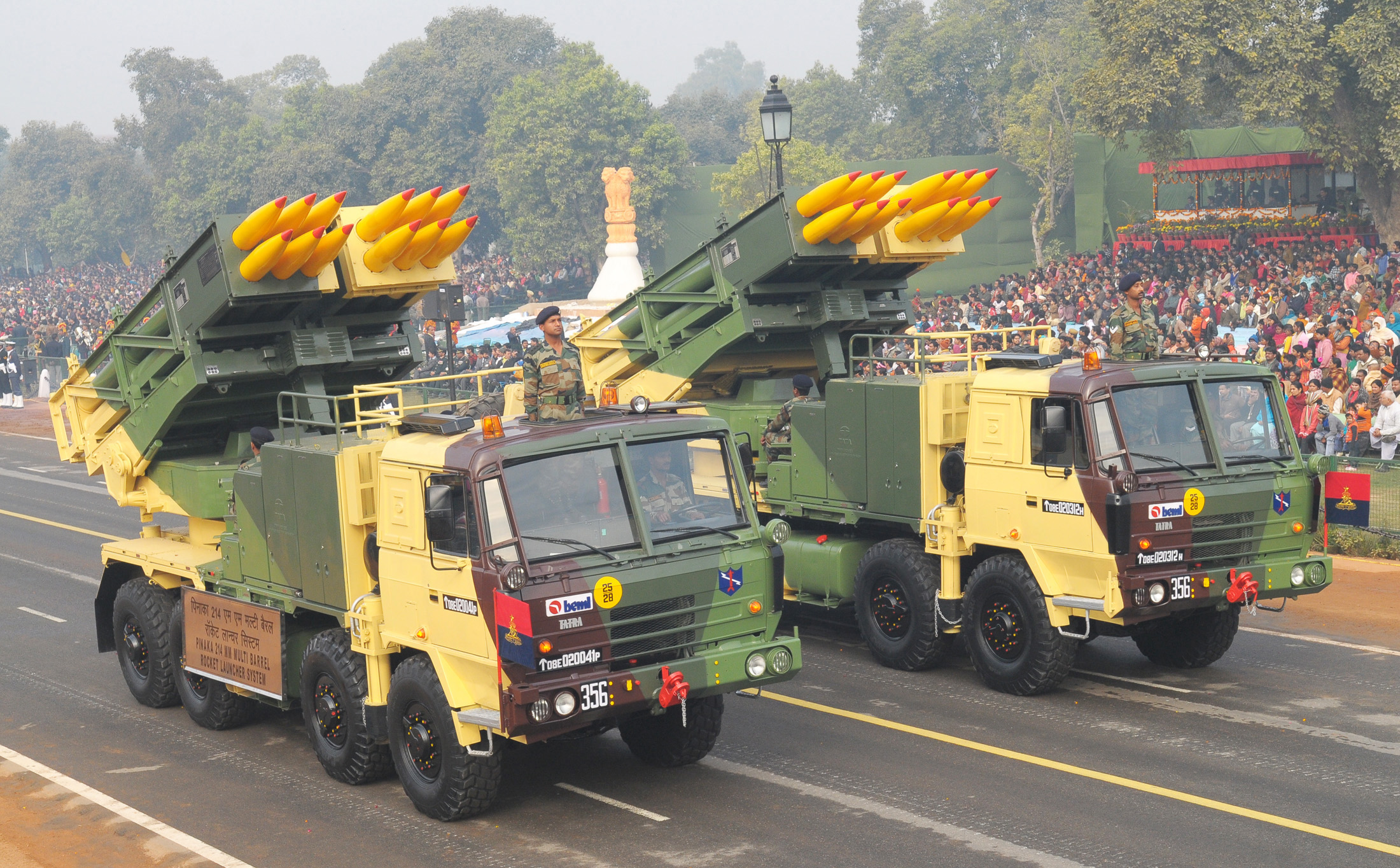 India successfully flight-tested the enhanced version of PINAKA rocket system on 4th November. The system has been indigenously developed by the Defence Research and Development Organisation (DRDO). Development of enhanced Pinaka system was taken up to achieve longer range performance compared to the earlier design.

A total of six rockets were launched in quick succession and the tests met complete mission objectives. Rockets tested have been manufactured by Indian defence major Economic Explosives Limited of Solar Industries, Nagpur, to whom the technology has been transferred. The test-flight was carried out from Integrated Test Range in Chandipur, off the coast of Odisha.

The design and development has been carried out by Pune based DRDO laboratories, namely Armament Research and Development Establishment, ARDE and High Energy Materials Research Laboratory, HEMRL. All the flight articles were tracked by Range instruments such as telemetry, radar and Electro Optical Tracking Systems which confirmed the flight performance. Enhanced version of the Pinaka rocket would replace the existing Pinaka Mk-I rockets which are currently under production.

Pinaka rockets, named after the bow of Lord Shiva, are part of the multi-barrel rocket launcher systems which are already being used by the Army.
Team BharatShakti