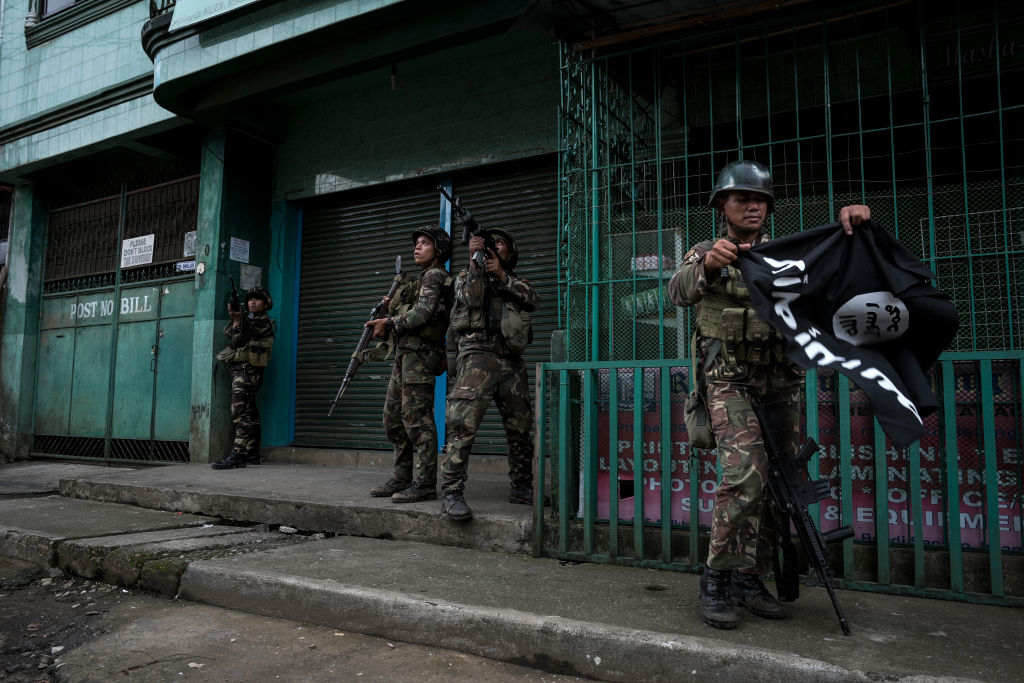 MARAWI CITY, PHILIPPINES - MAY 26: A soldier carrying a captured ISIS flag while clearing a city street of militants on May 26, 2017 in Marawi city, southern Philippines. Filipino officials announced on Friday that foreign fighters were among the Islamist militants killed in Marawi city during gun battles between ISIS-linked militants and security troops this week. President Rodrigo Duterte had declared 60 days of martial law in Mindanao on Tuesday after local terrorist groups Maute Group and Abu Sayyaf rampaged through the southern city and said that martial law could be extended across the Philippines to enforce order, allowing the detention of people without charge. Based on reports, at least 31 ISIS-linked militants and 13 government troopers have been killed so far while thousands of residents continue to flee from Malawi city. (Photo by Jes Aznar/Getty Images)