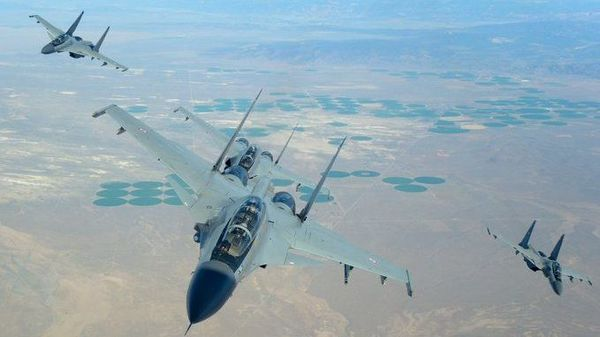 In its pursuit to encourage the Make-in-India programme involving Indian military aerospace industry, and in particular the small and medium size enterprises (MSME), the Directorate General of Aeronautical Quality Assurance (DGAQA) has launched an awareness campaign to apprise the industry about the quality assurance and certification of aviation products.

To realise the dream of self-reliance in defence manufacturing in the country with a greater push on ‘Make in India’, the establishment of Defence Industrial Corridors (DIC) in Uttar Pradesh and Tamil Nadu, opening up of defence sector to private firms and need for a large number of aircraft for the Indian armed forces, the roles of these two agencies are very crucial.

“In military aviation sector awareness level is very little because the governing documents for certification is governed by Design Development Production and Manufacturing of Military Aircraft and Airborne Store (DDPMAS-2002), which is the Bible, in which procedures have been laid down. But there is little awareness about this document in the industry. In line with the Government of India policy of encouraging the MSMEs to contribute to Indian and global defence markets for supplying components, sub-assemblies and systems, we are trying to play hand-holding of these MSMEs,” said Abhishek Sahay, DD, DGAQA.

The certification issued by these agencies to a firm is the recognition of a company’s particular work centre for its technical competence to take up and execute projects for military aviation, and is often used as a criterion for shortlisting vendors by defence laboratories for their procurement processes.

“More than 100 Indian manufacturers/vendors have been issued primary registration with the DGAQA and got them into the MoD suppliers list. And they will be further audited and checked for the capabilities and capacity verification. Besides, we are interacting with global OEMs (Original Equipment Manufacturers) like Boeing, BAE Systems and Airbus also for QA of their products,” added another official Roopesh Mani Kaushik, DD, DGAQA.

To generate awareness about these requirements for the growing industrial diaspora in this sector, the DGAQA showcased its products under its QA coverage as well as various schemes available under Make-in-India during the DefExpo 2020. Various activities were also carried out with an objective to outreach for the industry to create awareness on quality and certification requirements. Three conferences were also conducted to highlight the registration process of firms and the manufacturers were advised on capacity assessment procedures. Emphasise was given on creating ease of quality inspection by auditors through quality ratings of vendors.

However, execution of these policies on ground has been slow and domestic aviation manufacturing industry is yet to take off. But assets for military aviation are set to grow and it’s a matter of time before the domestic military aviation industry picks up momentum. As it stands, are these two agencies fully equipped to deal with the emerging scenarios?  Is DGAQA well poised to support the growth of the Indian military aircraft industry by establishing the best practices of the military aviation sector in India and realise the national aeronautical ambitions? It is expected that these efforts will build confidence in both Indian and foreign players to participate in the initiative for self-reliance in the field of defence aero products manufacturing.