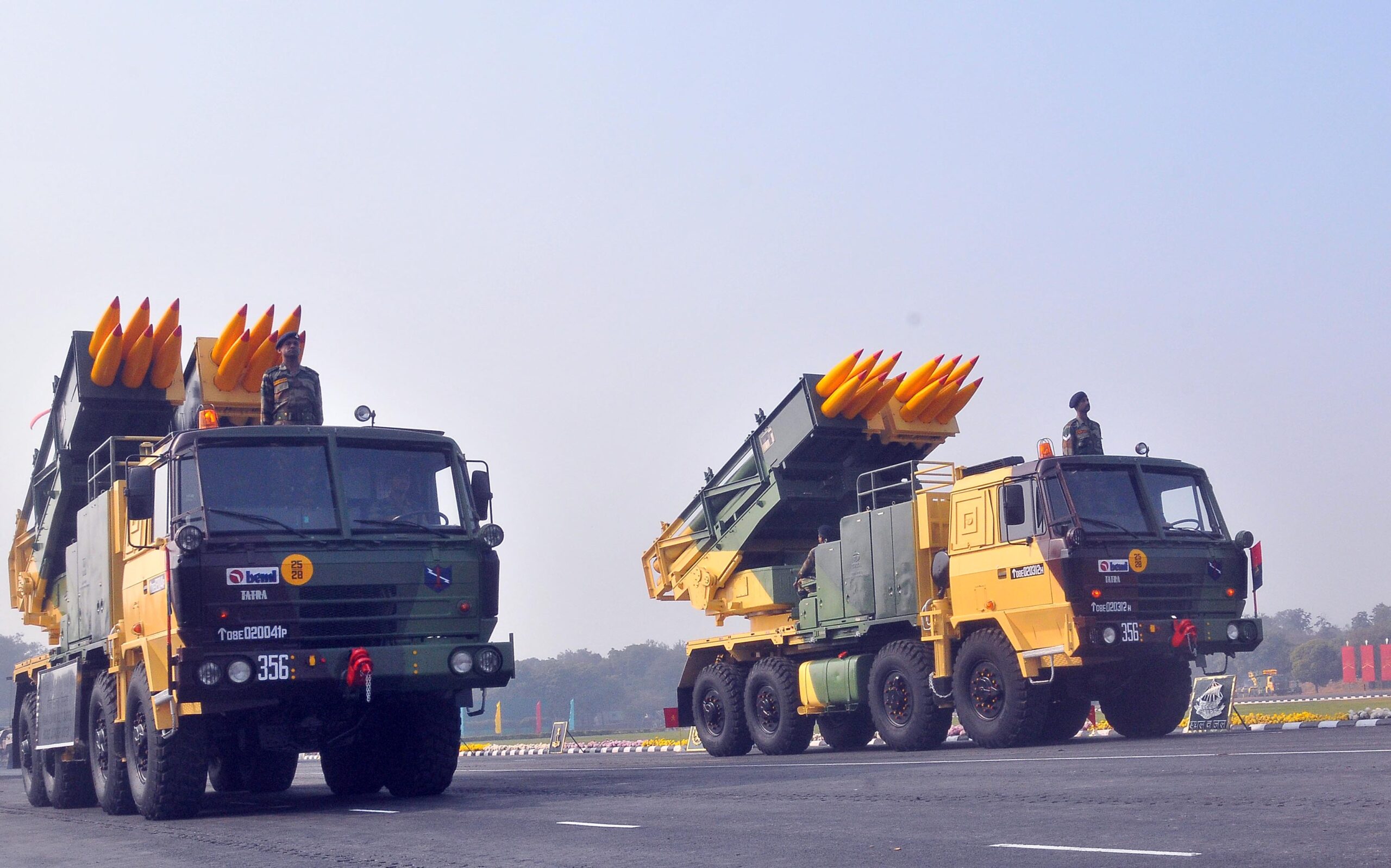 The Indian defence major Larsen & Toubro has bagged a significant contract of supplying Pinaka multi-barrel rocket launcher systems to Indian Army. The deal signed by Ministry of Defence (MoD) is estimated to be of Rs. 5,000 to manufacture indigenous weapon systems, giving a major boost for the Indian defence private industry. The deal is likely to generate huge jobs opportunities soon.

The weapon system has already entered the services. DRDO has also successfully tested an extended range guided Pinaka rocket that can hit targets at a distance of 75 km, a significant boost from the current range of 40 km.

Head of L&T Defence segment, JD Patil said, “as a proponent of Aatmanirbhar Bharat philosophy from inception and a practising Make-in-India company, we have been associated with the Pinaka program since its development in the nineties, and induction in Armed Forces and serial production since one and a half-decade. We continue to live up to our ethos to build strong India and commitment to the Nation by producing high-class weapon systems within scheduled time frames and will keep up to that for these orders as well. We are glad that the MoD and the Armed Forces have trusted us to produce front line weapon systems and keeping to their tag line ‘Winning Indian Wars with Indian Solutions’ and furthering the Aatmanirbhar Bharat initiative.”

L&T Defence is also engaged with DRDO for future developments on this artillery system. The company has built in-house capabilities and capacities over three and a half decades to provide indigenous defence solutions (Land, Sea and under-water application) by building competencies in conceptualization, design, analysis, engineering, embedded software, manufacturing, assembly, integration, testing and through-life support to the armed forces over the life cycle of the equipment, Systems and Platforms towards attaining Self-reliance in this Critical Sector and contribute to Nation building.