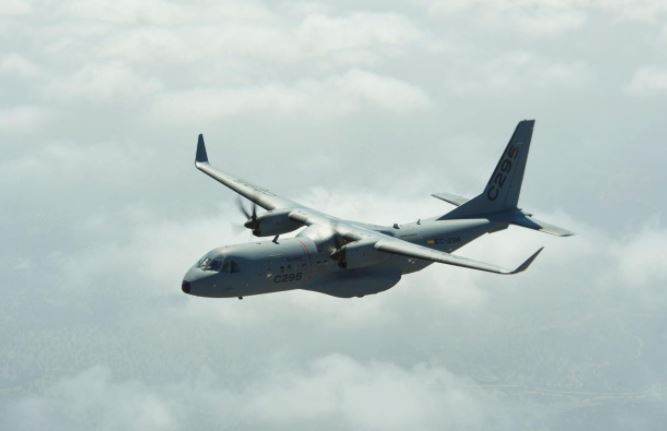 In a major boost to ‘Atmanirbhar Bharat’ (self-reliant India) in defence sector, the government approved a deal with Airbus Defence and Space of Spain to buy 56 C-295MW transport aircraft, replacing the Indian Air Force’s Avro military transport aircraft of British origin inducted some 60 years ago. Cleared by the Cabinet Committee on Security (CCS), the contract will involve the Tata consortium manufacturing most of the units.

“This is the first project of its kind in which a military aircraft will be manufactured in India by a private company and it offers a unique opportunity for the Indian Private Sector to enter into technology intensive and highly competitive aviation Industry to strengthen indigenous capabilities and boost ‘Make in India’” according to the Ministry of Defence (MoD).

All fifty six aircraft will be installed with indigenous Electronic Warfare Suite. The project will give a boost to aerospace ecosystem in India wherein several MSMEs spread over the country will be involved in manufacturing of parts of the aircraft, the press release said.

The C-295MW aircraft is a transport aircraft of 5-10 Tonne capacity with contemporary technology that will replace the ageing Avro aircraft of IAF. The aircraft has a rear ramp door for quick reaction and para dropping of troops and cargo. While the Avro is a twin-engine turboprop, military transport and freighter of British origin. It has a capacity of 48 paratroopers or six tonnes freight and a max cruise speed of 452 kilometres per hour. It was inducted into the Indian Air Force in the early 1960s.

The project will augment domestic aviation manufacturing resulting in reduced import dependence and expected increase in exports.  A large number of detail parts, sub-assemblies and major component assemblies of aero structure are scheduled to be manufactured in India.

According to MoD, the programme will act as a catalyst in employment generation in the aerospace ecosystem of the country and is expected to generate 600 highly skilled jobs directly, over 3000 indirect jobs and an additional 3000 medium skill employment opportunities with more than 42.5 lakh man hours of work within the aerospace and defence sector of India. It will involve development of specialized infrastructure in form of hangars, buildings, aprons and taxiway.

During the process of manufacturing in India, it is expected that all the suppliers of TATA Consortium who will be involved in special processes will gain and maintain globally recognized National Aerospace and Defence Contractors Accreditation Program (NADCAP) accreditation, the press release said. 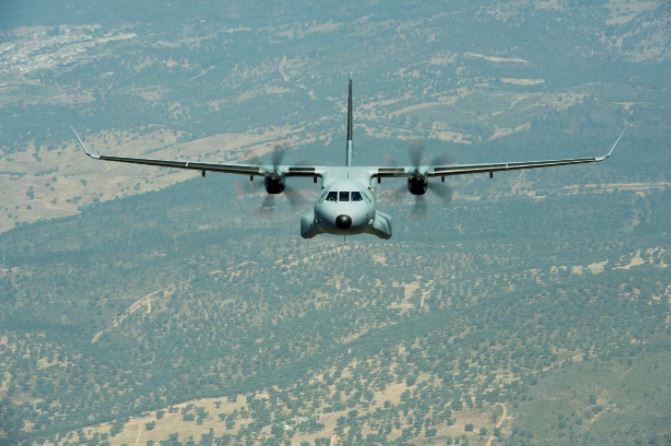 Before completion of deliveries, ‘D’ Level servicing facility (MRO) for C-295MW aircraft are scheduled to be setup in India. It is expected that this facility will act as a regional MRO hub for various variants of C-295 aircraft.

In addition, the OEM (Original Equipment Manufacturer) will also discharge its offset obligations through direct purchase of eligible products and Services from Indian Offset Partners giving further boost to economy, the statement stated.

According to the Consortium, the indigenous medium transport aircraft program for the Avro replacement is the first tangible “Make in India” aerospace program. Airbus and Tata have been working jointly to realise this program and are committed to provide a world-class military transport aircraft for the end-users that perfectly addresses the needs of the IAF.

Apart from Tata, this program will also involve the local expertise of the Indian DPSUs – BEL and BDL- and will equally develop a complete industrial ecosystem involving Small and Medium Size Enterprises (MSMEs).

These companies will acquire global standards and could consequently be integrated into global manufacturing and maintenance networks. Through this programme, the Indian industry’s holistic design to development capabilities are likely to be enhanced leading to its ability to build and produce transport aircraft for domestic use as well as for export markets, achieving India’s vision of self-reliance.

As part of the programme, Tata- in consultation with Airbus Defence and Space- is to establish a Final Assembly Line in India to manufacture the aircraft. With the Cabinet’s approval, the programme will go through further administrative processes at the Ministry of Defence required to finalise the contract shortly.