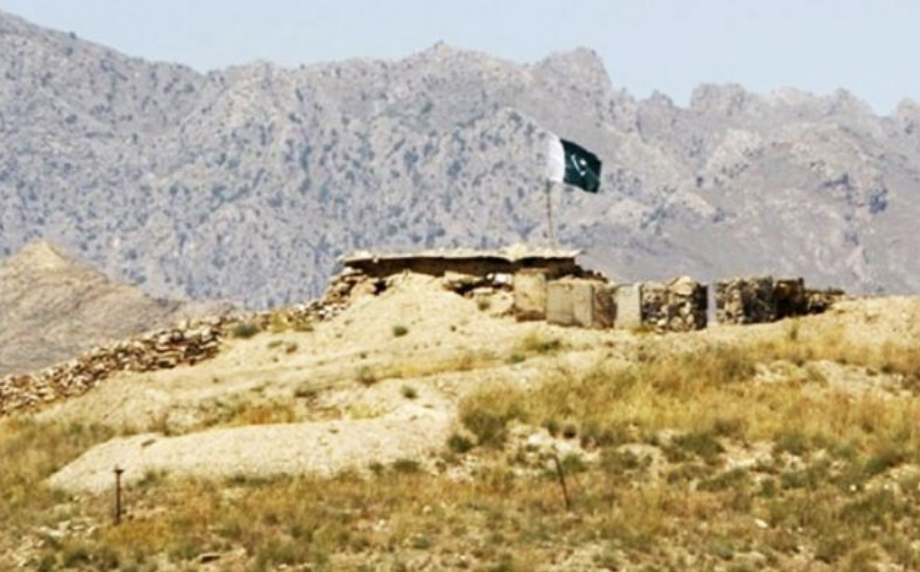 Since February 2020, 62 body bags of Pakistani soldiers killed in Balochistan have been sent home. The count includes six Pakistan army soldiers, including an officer, killed on 8th May in a land mine blast. The repeated echoes of weapons being discharged in restive Balochistanhighlight the fault lines that pit hard-core Baloch nationalists against the Pakistan Army.

The 8th May land mine blast deserves greater scrutiny. According to the Inter-Service Public Relations (ISPR), the media wing of Pakistan Army, “The security forces were returning to their base after conducting a routine patrol in Kech district. Reconnaissance vehicles of FC (Frontier Corps) troops were targeted with remotely controlled IED.” The officer was identified as Major Nadeem Abbas Bhatti, resident of Hafizabad in Pakistan’s Punjab province.

Later, a local media outlet, The Balochistan Post reported that a Baloch armed group fighting for independence, the Baloch Liberation Army (BLA) has claimed responsibility for the blast. The BLA statement accused that the army officer killed in the blast, “was directly involved in the formation and leading of so-called death squads of criminal gangs operated by Pakistan Army in Kech district of Balochistan, including targeting civilians in military operations in the area.” The statement also accused the army officer of helping drug dealers in the area and his involvement in arming them against Baloch freedom fighters. “The Pakistani military has advanced operations in Tigran and other areas of Turbat over the past several days, targeting Baloch civilians, including harassing women and children,” the statement further added.

The Pakistan Army launched a series of operations and raids in different areas of Kech district after the blast, killing six oil traders and arresting six persons, according to the local media.

An unprecedented spike in violence in Balochistan province has been witnessed recently. While the whole world is fighting the Chinese coronavirus pandemic, Pakistan Army has intensified its military operations in the province. On April 26, the Pakistan Army along with armed mercenaries from its local proxies, whom the Baloch usually call ‘death squads’ raided Yar Muhammad Bazar, a village in Parom area of Panjgur and killed four rebels using airpower by pressing helicopter gunships into operation. After the operation, the bodies of rebels were dragged behind army vehicles to spread panic and terror among the Baloch insurgents. The picture of dragging dead bodies went viral on social media. The volatility of crisis in Balochistan is assuming threatening dimensions.

Roots of the crisis

Pakistan Army has been accused of widespread human rights violations in its crackdown in Balochistan where violence continues unabated. Balochistan is of immense geostrategic importance and is rich in natural resources. It’s the country’s largest province in size but the least populated and has been gripped by an insurgency since Pakistan’s birth. Local tribes were strongly opposed to the British decision to merge the province with Pakistan in 1947. Baloch nationalists have been fighting for political and economic autonomy including independence since then.

Islamabad has always had strained relationships with Baloch nationalists who complain that the local people haven’t benefitted from the resources of the province. For years, natural gas from Sui region of the province has been the source of fuel for power plants, factories and domestic consumption across Pakistan. But, Pakistan government has been giving the province a minuscule share of the national budget.

According to a Pakistanistudy published in 2017, around 90 per cent of the settlements in the province don’t have access to clean drinking water and the people earn far lesser than the national average.

The situation has only aggravated with the China-Pakistan Economic Corridor (CPEC), a flagship project of China’s One Belt and One Road initiative in the province. The port city of Gwadar lies in Balochistan. The post is being operated by a Chinese operator. The project is strongly opposed by the Baloch people who consider it as a part of the Federal government repressive policies that will deplete Balochistan’s natural resources without the benefits accruing to the province. The separatist groups have targeted Chinese engineers working on different projects and even attacked the Chinese consulate in Karachi in 2018. In May 2019, five people, including a soldier, were killed after gunmen stormed the only five-star hotel in Gwadar.

The latest round of conflicts started in early 2000 as separatist groups began targeting security forces. The conflicts intensified after a prominent tribal leader, Akbar Bugti, was killed in by the security forces in August 2006. Security forces are also accused of killing and dumping bodies of suspected militants without a fair trial. Over the years, dead bodies of missing Baloch activists have surfaced in different parts of the province. A heavy-handed approach by the federal government, including the Pakistan Army’s crackdown, is often blamed for pushing young Balochs to join the separatist groups.

Instead of redressing Baloch political and economic grievances, the Pakistani military is determined to impose state control through force. Baloch nationalists maintain that their actions are fuelled by the military’s attempts to subdue dissent by use of force. Many experts in Pakistan believe that it’s the state’s repressive response that triggers radicalisation of most elements of the ‘nationalist movement’ in the province.

Pakistan security forces have been undertaking regular counter-terrorist operations in the province as part of Operation ‘Radd-ul-Fasad’ launched on 22 February 2017. The objective was to consolidate the gains of Operation ‘Zarb-e-Azb’. The Pakistan Army has never hesitated in killing its own people in these operations; often viewed as a battle between the Pakistani Punjabis and the rest of the country’s populace.

Though regular inputs of conduct of counter-terrorist operations by Pakistan security forces in Balochistan do leak out, the current operation involving troops of Frontier Corps militia, regular Pakistan army troops, SSG commandos and air force elements indicate a shift in Pakistani strategy. The current joint operations appear to be aimed at targeting and flushing out the Baloch rebels who have been carrying out regular attacks against Pakistan security forces in Balochistan.

The blatant misconduct and human rights violations being practised by the Pakistan security forces, during the ongoing operation in Balochistan, as brought out in the intercepts, need to be reported by the media, globally to highlight Pakistan atrocities on the Balochis.

Hundreds of Baloch rights activists across the globe have been holding anti-Pakistan protest by the Baloch diaspora since September 2019. There have been at least two dozen such demonstrations in Pakistan and different national capitals. Details of some prominent protests as follows:

On 13 September 2019, Baloch HR Council (BHRC) led by Hassan Dost, Vice President of Baloch National Movement under ‘Save the Baloch Initiative’ held a protest demonstration in front of headquarters of the UNHRC in Geneva, Switzerland against the CPEC. The UNHRC witnessed few more such demonstrations on 17 and 24 September by Baloch Voice Association (BVA) and civil society groups from PoK, Balochistan and Sindh, respectively.

Similarly, on 10 and 11 December 2019, the Baloch Republican Party held demonstrations in Busan, South Korea protesting against atrocities in Balochistan by Pakistan Army. A relentless spate of protests by the Balochi diaspora was witnessed between January to April in Davos, London and other major cities.

It is revealed that Pakistan Army plans to force the migration of local Balochi tribes in the general areas of Rustam Khan Shehr. Despite standing crops, the Pakistan Army is forcing the villagers to move out of their villages and relocate. The Pakistani army has also been accused of promoting religious groups to counter the narrative of Baloch nationalists.