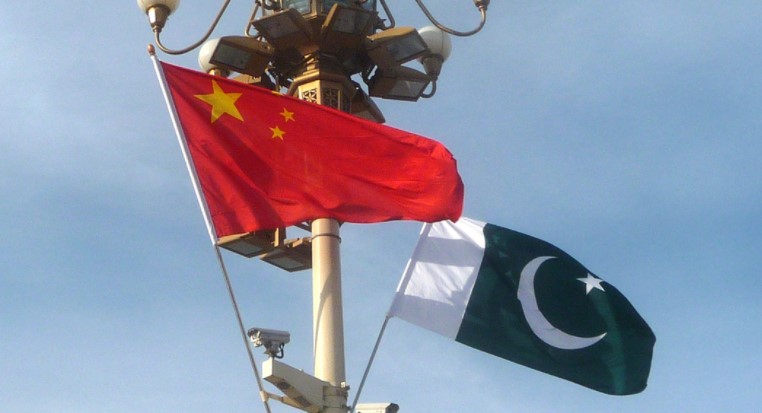 Chinese duplicity and its gameplan stand exposed amidst media reports of deepening Pakistan’s military partnership with Myanmar and that a senior military delegation from the Myanmar Military Procurement Authority has planned a visit Pakistan to conduct pre-shipment inspections of weapons. Last September, a high-level Pakistan Defence Ministry’s delegation visited Naypyitaw and met Myanmar’s Defence Minister and reportedly discussed the sale of upgraded JF-17 aircraft and Air to Surface missiles. Talks were also held on advanced ordinance technology, aircraft repair and naval munitions. The visit was not announced by either side.

While Pakistan exports various types of military equipment to Myanmar, the Military Junta is now considering purchasing Chinese upgraded JF-17 Block III aircraft and air-to-surface missiles from Pakistan. These missiles were designed to equip JF-17 fighters. In 2015, Myanmar became the first country to import JF-17 Thunder fighters, a lightweight multi-role combat aircraft developed jointly by China and Pakistan. The jet fighters can engage in air-to-air battles but also have ground-attack capabilities allowing them to deliver both dumb bombs and precision-guided munitions. They are suitable for Myanmar, where armed conflict with ethnic rebels is frequent.

Myanmar cannot directly purchase these missiles from China due to a ban imposed by Beijing. Post military coup in Myanmar on 21 February last year, Pakistan egged by China has sensed an opportunity to expand defence partnership with Myanmar. Islamabad is expecting deeper cooperation with Beijing in terms of sub-warfare equipment development, letting Pakistan do maintenance and overhaul for Chinese origin equipment, and more importantly, letting Pakistani’s defence industries become an avenue for Chinese defence sales.

While Beijing has kept an active dialogue with the Myanmar junta, it has also indicated not being involved in the last year’s coup to bolster its international image. Using Pakistan to act as an intermediary without directly implicating itself and minimizing the surge of anti-China sentiments in a post-pandemic scenario, would enable China not only to export its military hardware unnoticed but also gain access to markets that could possibly be averse to China.

While relations between Pakistan–Myanmar has remained lukewarm on the issue of violence against Rohingyas and allegations of training and providing weapons to fundamentalist Rohingya groups, like China, Pakistan made assessments of post-coup developments in Myanmar and anticipates that the Myanmar military will continue to hold on to power indefinitely. Analysts believe it is likely that Myanmar and Pakistan will increase defence cooperation.

As Pakistan has a strong relationship with China Islamabad likely plans to propose sub-conventional warfare training and equipment; maintenance and overhaul of Chinese-origin equipment along with the weapon sales through Pakistan defence industries, as potential areas of bilateral engagement.

According to the Stockholm International Peace Research Institute (SIPRI) report, during 2019-20 the total share of Chinese arms export declined from 5.5 to 5.2 per cent. In all likelihood, Chinese exports are being re-routed or underreported. Faced with strong anti-China sentiment in Myanmar, China can use Pakistan as a proxy to continue its assistance to the Myanmar military.