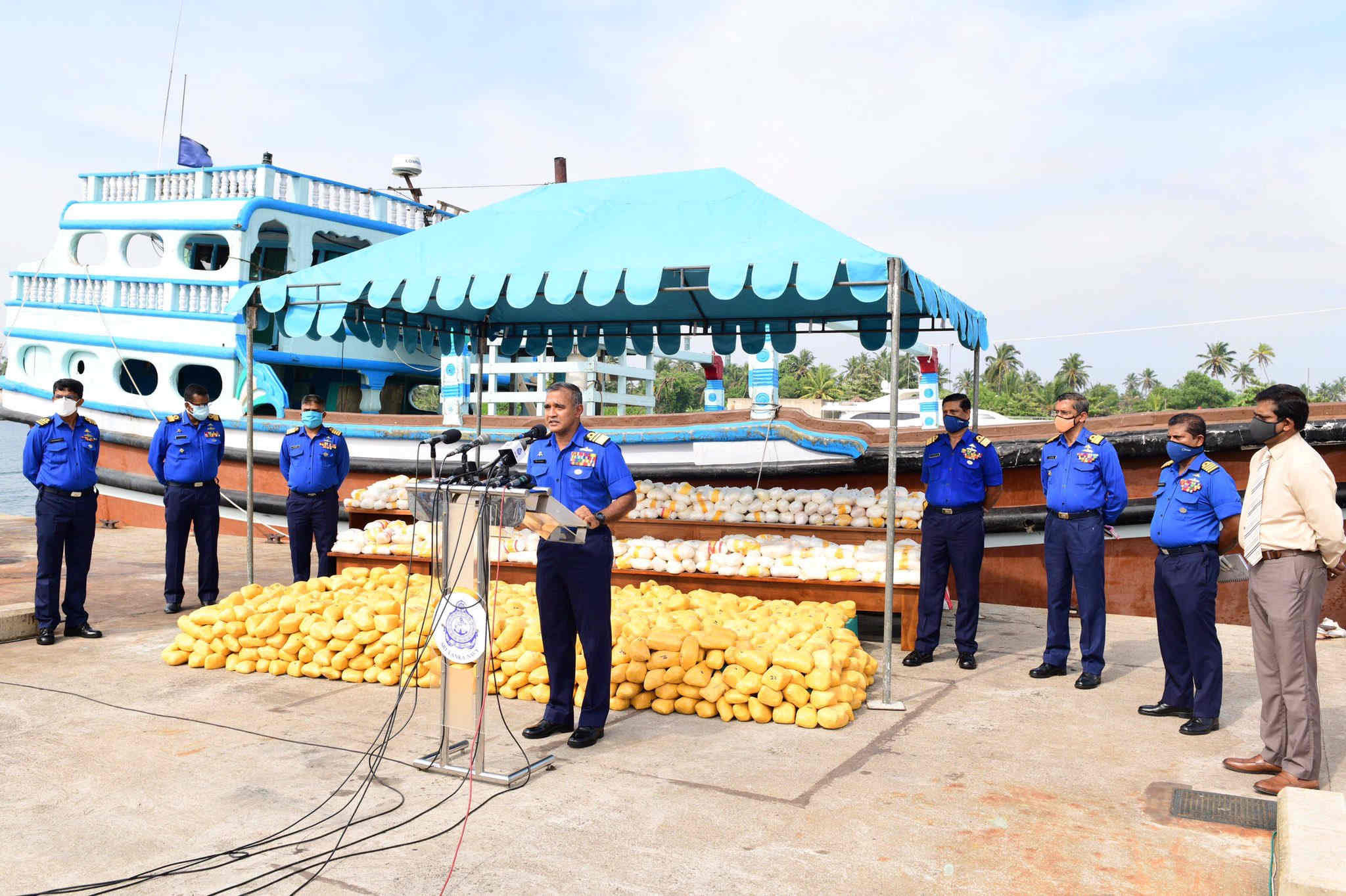 Recently, the Sri Lankan Navy caught the Pakistani military establishment by surprise by its public denouncement of PakistanNavy and maritime security agencies’involvement in illicit flow of drugs through the sea routes in the region. On 1 April, in the country’s biggest drug haul, the Sri Lankan Navy seized US $65 million worth of contrabands and arrested nine Pakistani nationals from a vessel without a flag, in the sea waters to its south.

Pakistan’s military has few friends. Amongst SAARC countries, the Sri Lankan military was known to lend an occasional sympathetic note. However, the Lankan Navy went public exposing Pakistan’s complicity in drug trafficking on its official twitter handle: “Navy brought seized foreign vessel ashore along with 605kg of #Crystal Meth and 579 kg of #Ketamine. The 9 crew members were found to be Pakistanis.” This vessel was apprehended 800km from Sri Lanka while transiting towards a point between Sri Lanka and the Maldives, for transporting of the contraband towards South-East Asian destinations;  a lucrative market.

Sri Lankan Navy personnel, wearing special protective gears in case the suspects had COVID-19, found 605 kilogrammes of crystal meth (methamphetamine), also known as ice, and 579 kilogrammes of ketamine (an anaesthetic used as a recreational drug), said Navy Commander Vice Admiral Piyal De Silva. “This is the first time we have found ketamine and the smugglers were likely trying to take this cargo to some East Asian destination,” de Silva told media in the capital Colombo. 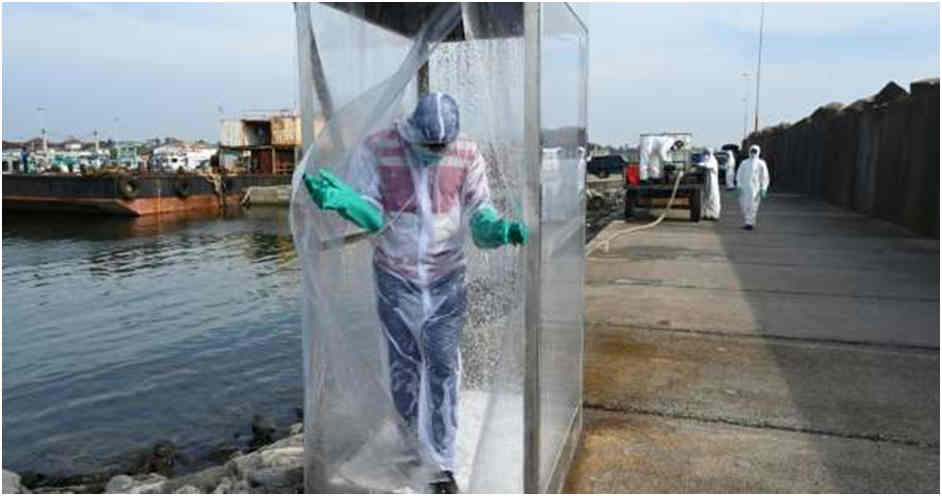 The incident reinforced the fact that Pakistan-based cartels have been indulging in large-scale drug trafficking through its maritime domain in the region. The Pakistan Navy and Pakistan Maritime Security Agency (MSA), akin to  Coast Guard, have increasingly been found wanting in guarding its maritime zones. It’s also possible that Pakistani government agencies are complicit in the drugs trade.

The Sri Lankans would be well aware that smuggling of over one tonne of narcotics worth 65 million dollars through a well-defended coastline and EEZ would not be possible if the maritime security agencies of Pakistan were maintaining a strict vigil.

Incidentally, the Sri Lankans harbour deep suspicion that the Easter Sunday bombings which ravaged their nation in 2019 were funded by Pakistan-based drug cartels.

Coming on the heels of being called out by the Sri Lankan disclosure, in just 48- hours after the seizure by the Sri Lankan Navy, on 3 April, the Pakistani Navy announced seizure of 100 kg of methamphetamine from a boat near Balochistan. Not surprisingly, in another drug bust on 11 April, nearly 700 kg of loom and 80 kg of Cocaine were seized at Port Qasim International Container Terminal near Karachi. Such overt displays of professionalism seems to be too well timed an exercise to be true.

The growing number of apprehensions of drug-laden vessels emanating from Pakistan is indicative of a strong nexus between their Deep State and drug cartels. In a similar operation on 5 March, the Sri Lankan Navy had seized another Pakistani vessel with 500kg of heroin and 100kg of methamphetamine. Reports also indicate that over 50 Pakistani nationals have been arrested on the high seas in the past four years for smuggling large quantities of drugs, especially off the coasts of India, Sri Lanka, Maldives, Seychelles, Tanzania, Kenya and Mozambique.

The US-Taliban peace deal signed earlier this year has also been a shot in the arm for the Afghan drug cartel-Pakistan military nexus. Pakistan’s military, already renowned for their MILBUS (military business ventures) is known to provide a safe haven for smuggling narcotics through land routes in Balochistan and trans-shipment from its Gwadar port.

The Pakistan Navy and Pakistan Maritime Security Agency’s presence in its maritime zones is beset by a lack of leadership, motivation, platforms and resources. Cash-strapped and struggling to remain relevant vis-a-vis the Punjabi dominated Army, the Pakistan Navy and MSA seem to have succumbed to the Deep State’s hunger for pecuniary benefits. This frustration has also affected ethos and morality. Flouting all international norms, Pakistani forces had viciously attacked innocent Indian fishermen off the Gujarat coast on 14 April. Pakistani MSA gunboats fired their weapons on unarmed, defenceless fishermen.

The Pakistan military’s ongoing CSR activities during the COVID-19 crisis, such as distributing food, contributing to PM relief fund etc., seem to be a foil to deflect their citizens’ attention from the profiteering activities of the Pakistani Deep State. It is an open secret that profits from illicit activities are funnelled for radicalisation of Pakistani terrorists and lining the pockets of officers in the military hierarchy.