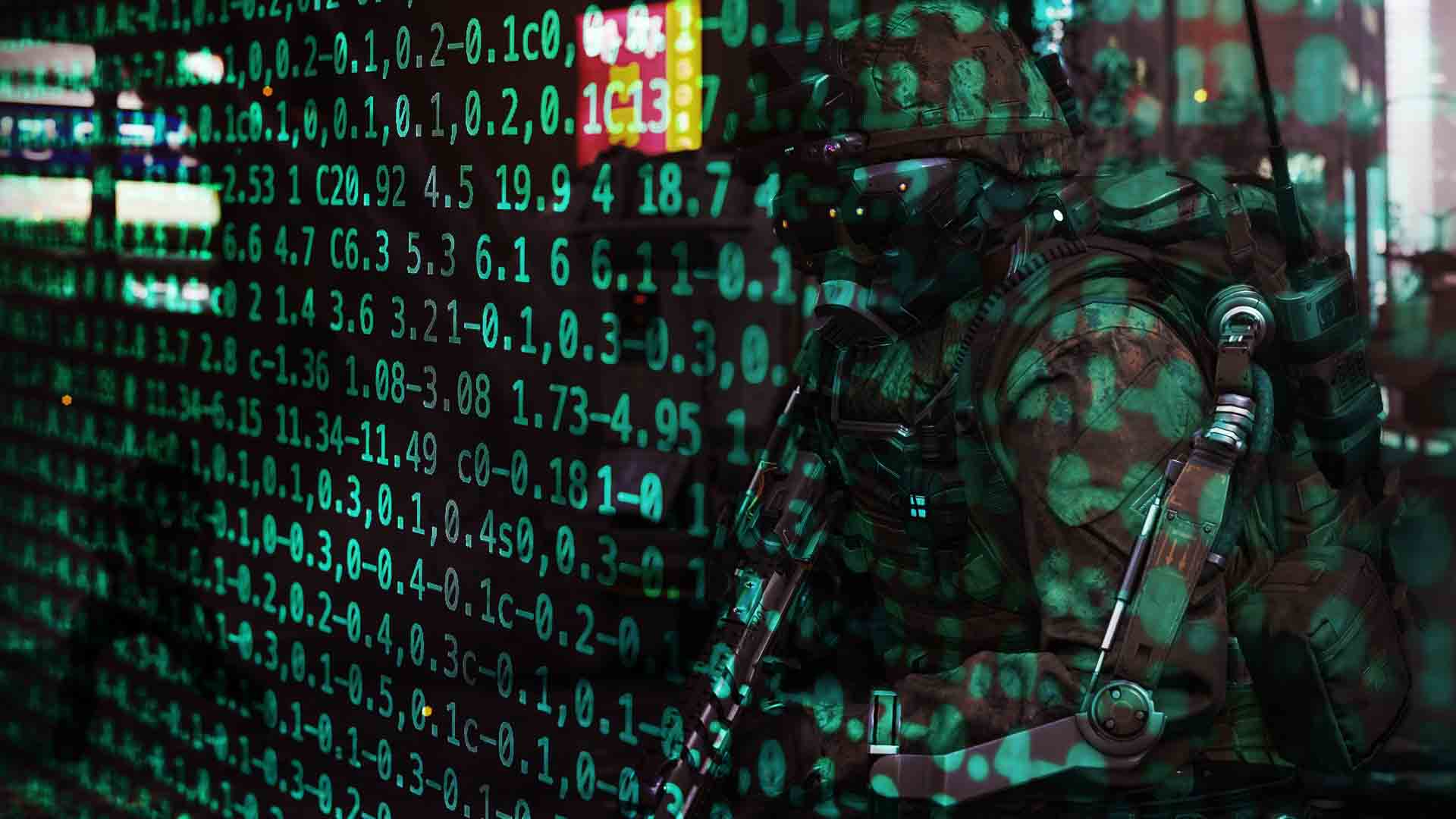 The future Paradigm of Invisible Warfare is HIDE & PLAY and PLAY & HIDE….

and disruptive technologies are the enablers!

The new ‘Tech World Order’ is defined by 4Ds – Data, Digitization, Digitalization, and Disruption. While they collectively have fueled the digital transformation globally, it is disruptive technologies that are the flag bearers and continue to revolutionize business models and practices. Disruption has provided the smoke screen for the corporates and military alike, to be the new trendsetter to surprise the world in the continuum of time. The competition today is governed by two mantras – one, ‘Be First, Be Different’ and two, ‘Hide and Play to Play and Hide’.   Y2K not only transitioned the timeline from the 1900s to 2000s but also transformed the world as never before – social media platforms, Airbnb, Amazon, start-ups, Google maps, FANG (most prominent tech companies) ….the jargon and surprises continue to enamor us.

The good news is that technology and its innovative use is a boon. The bad news is the bane the digital world – digitally stressed professionals and the perennial ‘invisible warfare’, to name just two.

Pertinent as much in the military as in the corporate world, the principles of war have always been the guiding beacon of military thought processes and transcends strategic, operational, and tactical levels of planning and deployment. Among the ten principles, surprise and deception is the marveled one.  You must strike the opponent or competitor at a time, place, and manner for which he or she is unprepared – the target is the mind of the enemy commander and information superiority is the weapon.  That is the military potential of surprise – it can decisively shift the balance of combat power and create momentum in favour of those who exercise it as a part of their plan. In fact, security of plans and surprise are two sides of the same coin.

Picking on invisible warfare, a lot is happening in this space. Technology today follows the dictum ‘Whatever can be perfectly defined, can be precisely designed and developed’. Cyber warfare, electronic warfare, big data analytics, AI predictive algorithms, Augmented and virtual realities, Nanotechnology, and material science etc all have individually or as a good mix have resulted in ‘disruption in military affairs’. Stealth is the Gen Next tool for fostering surprise, deception, and clandestine operations.

The First and Second World Wars built upon the invention of the Wright Brothers to bring lethal air power into warfare for strategic and tactical combat edge. Radars and Missile technologies followed suit in warfare to add look deep strike capability in the battle spaces to shape the battlefield through what is termed as “A Saturation Raid”, wherein you concentrate resources at a point and time of your choosing to create desired combat edge. ‘Sweat more in peace and you will bleed less in war’, is a dictate which transcends into the space of information warfare, yet another form of invisible warfare. The digital sweat in peacetime is gaining information superiority with respect to the adversary by all possible means including intruding into the enemy aerial envelope stealthily. Yet another technology under development is the lethal armed unmanned autonomous systems which were observed as game changers in the Armenia- Azerbaijan War 2020 – a man vs machine combat scenario!

That said, the aircraft design has undergone technological transformations in the continuum of time, in terms of manoeuvrability to beat the OODA Loop (observe, orient, decision, action) and stealth to avoid detection by radars US J 35/F 22/F117/ B2, Russian Su 57 and Chinese J20 a Fifth Generation Fighter Aircraft. The race is to Sixth Generation in stealth which includes scaled-up advanced stealth in radar, acoustics, optical, thermal signatures, and advanced propulsion for supercruise abilities.

Let us comprehend the Stealth Technology against radars. Radio Detection and Ranging (Radar) sends electromagnetic (EM) energy in a number of pulses in a beam, into free space, at a rate called Pulse Repetitive Frequency (PRF).  Radar is the most common technique to detect and track aircraft. The pulses hit the aerial objects, get reflected, are received by the radar receiver antenna and 3D coordinates of the targets are displayed continuously through these returning pulses on a Pulse Position Indicator PPI, a video screen, as a blip. The reflection of the pulse from the target is contingent upon the size of the target which is termed as radar cross section (RCS) of the target. The adversary would like to carry out electronic surveillance to find the radio frequency, PRF and other key parameters to carry out electronic countermeasures (ECM) and jam the radar receivers, as a non-kinetic action as opposed to a hard kinetic kill which is an act of war, at a time of her choosing to avoid detection by the enemy. An aircraft which is designed for stealth operations must, therefore, avoid detection by the repetitive stream of pulses.

Viewing this from a technology lens there are three major challenges for stealth – design an aircraft with minimal sharp edges, have a low RCS in all profiles of appearance to the radar beam and have radiation absorbing materials (RAM) in the airframe. The computer-aided, engineering and smart manufacturing have made it possible to design structures with minimum RCS. It was observed that flat surfaces, cavities at inlet and exhaust of engines, vertical tail and control surfaces dominated the radar signatures of aircraft. An intelligently designed surface, tucking in engine inlet ducts, weapons and non-absorptive RCS reducer surface design are some design features augmented by RAM that contribute to stealth.

The RAM is a special class of polymer-based material, and the inventory comprises nanoparticles, nanotubes, carbon fibre, dielectric materials, ferrites, ferrofluids, and iron ball paints to name a few. Treated cockpit canopies and stealth coatings in the form of polymer spray paints on the entire external skin with a thicker coat in regions of higher radar reflection like surface edges, absorb the EM wave energy to minimise the intensity of the reflected signal. The molecular oscillations of these coatings damp the EM waves by converting EM energy into heat which gets dissipated in the airframe.

Stealth fighters must be maneuverable for best outcomes in aerial combat and is, therefore, a cost-prohibitive exercise. In Asia, China has spent over four billion USD in its R &D of J 20 nicknamed the “Mighty Dragon,” which was manufactured by the Sichuan-based Chengdu Aircraft Industry Group and deployed in China’s People’s Liberation Army Air Force in March 2017. J 31 (FC 31) is yet another export version of stealth fighter aircraft developed by Shenyang Aircraft Corporation. J 25 (or J 28) is the Sixth-Generation stealth aircraft in the design and development phase with higher stealth capability through aerodynamic design and disruptive technologies including AI, laser, adaptive engines, hypersonic weapons, and a feature to control swarm of drones in combat.

As per reports, Pakistan is in the process of acquiring J 31 and a J 10 C variant from China. Parallelly they are collaborating with Turkey to build a fifth-generation stealth fighter Aircraft. India is also into design & development of Advanced Medium Combat Aircraft (AMCA), program to develop a stealth, multirole, air superiority fighter for the Indian Air Force. The consortium approach through PPP for development of future Atmanirbhar (self-reliance) programs makes perfect business sense, given the high R & D costs of stealth and future combat aircraft technology development. It calls for creation of a Corporate Professional Responsibility, call it the Atmanirbhar Technology Fund akin to CSR, to meet the challenges of R & D Funding. More on this in another piece.

The moot question is – what is the number of stealth fighter aircrafts that each country can afford given the cost and use of other means of stealth operations in combat zone? Reportedly, the Russian Su 57 stealth aircraft has been sparingly used in the combat zone but more in standoff surveillance and strike missions. It is no wonder then that drones, the unmanned autonomous aerial weapon platforms, with fixed and rotary wing configurations, have become a preferred choice in combat. The Armenia-Azerbaijan War and the ongoing Russo-Ukraine Conflict are testimony of this fact. Endowed with an extremely low RCS, low cost of design, development, ease of production and combat deployment make it a cost-effective proposition.

Given the proliferation and acceptance of drones swarms as seek and destroy weapon platforms, drones and jammers, stealth and stealth detection technologies are on the prioritised goals of start-ups and defence industry. The sniper on ground, a simple stealth fighter tactically postured with thermal imagers and optical sights, is a potent threat. Today, this threat is being countered through a laser-based target locator system popularly called the sniper detection system. But, for larger platforms, the stealth target detection is achieved through an array of sensor platforms comprising synthetic aperture radars, electro-optics sensors, IR & thermal imagers, laser-based detection systems and acoustic sensors. However, the technological challenge lies in the design & development of a Multi-Platform-Multi Sensor-Data Fusion System to detect and track all targets including stealth-enabled hostile targets.

What then is the technology stack in the field of invisible warfare – high manoeuvre stealth aircrafts, stealth in land systems, stealth in maritime ecosystem of ships and submarines, swarm of drones, unmanned autonomous systems on land, sea and under water, offensive and defensive cyber, satellite-based surveillance and space warfare, electronic warfare, quantum and photonic radars, AI-AR-VR based information systems of systems and social media platforms to name the big tickets. These will dominate disruption in military affairs to create the C7ISR- command control communication computers cyber cognition and combat intelligence surveillance and reconnaissance-based decision support systems. No wonder the next-gen warfare will be, hybrid, algorithmic, autonomous, and invisible dominating both in the unconventional and conventional space.