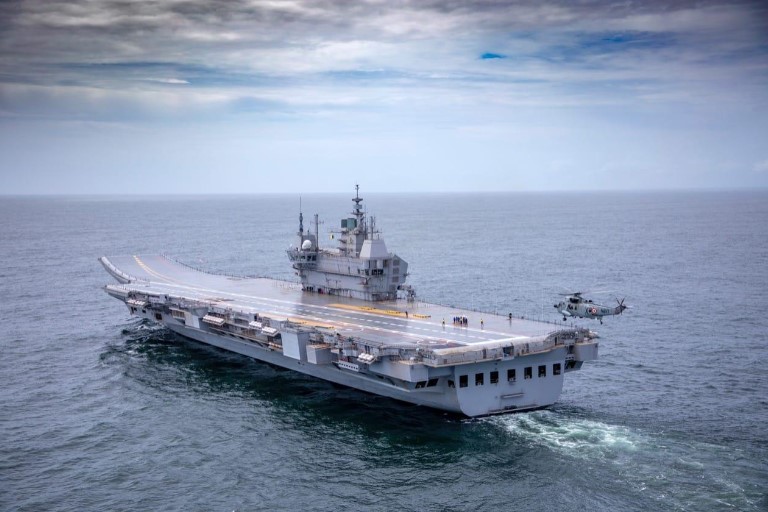 India’s aircraft carrier programme is set for a tectonic shift with the commissioning of its first Indigenous Aircraft Carrier – IAC-I ‘Vikrant’ on 2nd September by the Prime Minister as the Indian Navy pushes for a third carrier to retain its combat edge over China in the Indian Ocean Region (IOR).

“The indigenous ecosystem has been created by building the IAC. The stage is now well set to take the next step forward to indigenously build the next aircraft carrier to ensure the expertise gained is utilised to the maximum in times to come,” said Navy Vice Chief Vice Admiral Satish N Ghormade said during a press conference on 25 September in New Delhi.

The Indian Navy has long been demanding three carriers to ensure at least two are operationally available, one each for the eastern and western seaboards, while the third undergoes its maintenance-and-refit cycle. The Navy has been without an operational aircraft carrier for almost two years since INS Vikramaditya is undergoing a significant refit. The timings are crucial when China is fast building two more carriers after it launched its third carrier ‘Fujian’ in June this year to dominate the blue-water navy. 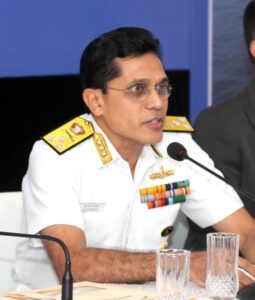 Vice Chief informed that the aircraft landing trials will begin in November and will be completed by mid-2023. “INS Vikrant, once fully combat ready, will play a role in ensuring peace and stability in the Indo-Pacific region. Commissioning of the carrier will provide the required deterrence, considering the growing strength of our neighbours and the endurance of our maritime capability. Therefore, commissioning of INS Vikrant is going to be a very big event for us,” he added. 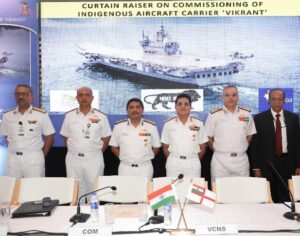 Vice Admiral Ghormade said the commissioning of INS Vikrant in Kochi on 2 September in the presence of Prime Minister Narendra Modi would make India enter an elite group of nations capable of manufacturing aircraft carriers above 40,000 tons category but will also reflect the country’s unity and diversity. “It will be an unforgettable day for India. It will reflect India’s growing prowess in defence manufacturing,” he said.

He also informed that the Russian MiG-29K fighter jets would operate from the warship for the first few years as the long-term plan was to deploy the twin-engine deck-based fighter being developed by the Defence Research and Development Organisation (DRDO). But, in the interim, the Navy is procuring 26 deck-based aircraft, which has narrowed down to Boeing’s F/A-18 Super Hornet and French aerospace major Dassault Aviation’s Rafale M aircraft. Vice Admiral Ghormade said, “Navy is currently undertaking a comprehensive evaluation process of two aircraft, but the procurement would be for an interim period as the government is looking at an indigenously developed deck-based jet for the aircraft carrier”.

Built at a cost of Rs. 20,000 crore, designed by the Directorate of Naval Design and constructed by Cochin Shipyard Limited (CSL), INS Vikrant, with a displacement of 42,800 tonnes, is powered by four General Electric engines.

The ship would be capable of operating an air wing consisting of 30 MiG-29K fighter jets, Kamov-31 and MH-60R multi-role helicopters, in addition to indigenously manufactured Advanced Light Helicopters (ALH) and Light Combat Aircraft (LCA Navy). Using a novel aircraft-operation mode known as Short Take-Off but Arrested Recovery (STOBAR), the IAC is equipped with a ski-jump for launching aircraft and a set of three ‘arrester wires’ for their recovery onboard.

Its construction began in 2009 when the keel was laid and launched in water in 2013. The 262 m long and 62 m wide Vikrant displaces approx. 43000 T when fully loaded, with a maximum designed speed of 28 Knots and an endurance of 7500 NM. The ship has around 2200 compartments, designed for a crew of about 1600, that include specialised cabins to accommodate women officers and sailors. The carrier is designed with a high degree of automation for machinery operations, ship navigation and survivability. The carrier is equipped with the latest state-of-the-art equipment and systems.

With the construction of ‘Vikrant’, India has joined a select group of nations such as the US, the UK, Russia, China, and France that have the niche capability to design and build an aircraft carrier indigenously.