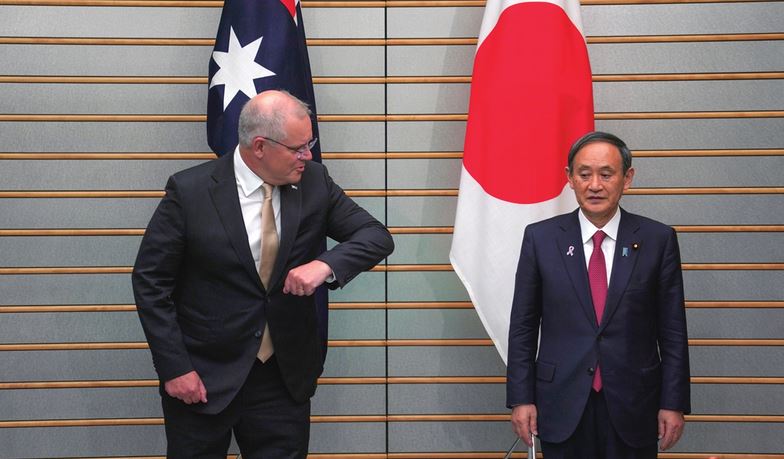 Japan and Australia have agreed to allow their respective militaries to have access to each other’s countries in a historic accord for two key American allies.

“This is a significant evolution of this relationship,” Australian Prime Minister Scott Morrison said while traveling in Tokyo. “We share a special Strategic Partnership and are deeply committed to working together in support of a free, open, inclusive and stable Indo-Pacific. Our partnership is built on shared values and interests, and enduring trust and respect.”

Morrison made a point to emphasize that the deal ought not “cause any concern elsewhere in the region,” in an implicit message of reassurance to China, yet touted the “pivotal moment” in relations between Canberra and Tokyo.

But the pact, known formally as a “reciprocal access agreement”, is Japan’s first since the 1960 agreement that laid the foundation for the United States-Japan alliance, and is sure to raise eyebrows in China as the latest example of democratic neighbors cooperating against Beijing.

“The Chinese definitely are worried that the Japanese could use this to, for example, exercise more with the Australians, in Australia, away from Japan,” the Heritage Foundation’s Dean Cheng said.

That would allow Japan to take advantage of Australia’s ability to stage exercises for ground and air forces, such as the U.S.-made F-35 stealth fighter jets that both nations operate. Japan, on the other hand, is likelier to host maritime exercises, such as anti-submarine hunting operations, according to analysts.Read more…