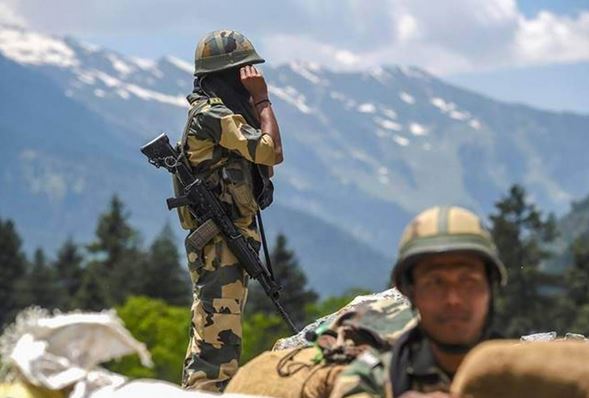 India-China Standoff in Ladakh: What are Microwave Weapons? Shooting down the Chinese propaganda

The harsh Ladakhi winter and a status quo on the Line of Actual Control has given ample time to behind the scene propaganda elements to plant news and videos of how without firing a shot territory was won. “Apparently, the brain behind such ‘thoughts’ is living in La La Land and divorced from reality” opines Lt Col Manoj K Channan (Retd). “The months of June and July had Global Times and its electronic media showing videos and visuals of PLA troops carrying medieval times weapons and shown practising martial arts, including reports of how martial arts instructors had been sent to train ‘greenhorn’ boys of PLA on hard contact battle,” the Indian Army veteran says.

“Direct Energy weapons working on a millimetre wave frequency were developed by Raytheon in early 2000 as a crowd control platform. The millimetre wave directed at crowds causes a burning sensation on the skin at mean sea level and was probably used in the Middle East in the Israeli – Palestine clashes and the stone pelters there,” Lt Col Channan explains.

In an attempt to capture the narrative and build up the morale of its troops, Global Times and its affiliates have used this small piece of information without getting into the details.

According to him, “The troops are on heights which are a rocky terrain and barren. Getting the equipment to the troops in contact is questionable itself and any such attempt would have had an appropriate response. Certainly not tear gas shells, no law is being enforced, but peace with consequences known, as the Indian Army dominates the heights.”

The efficacy of such a system in minus temperatures and troops in extremely cold climate winter clothing, bulletproof jackets, helmets and hardly a skin exposed would have negligible impact.

“Microwaves work well in kitchens and not in a battlefield environment at 18,000 feet and above, the PLA needs to do much more to keep the morale of its troops high, this narrative is definitely not helping them, for sure. Mr Xi Jinping needs to pull out a rabbit from a hat to remain relevant as the global scenario changes with the end of 2020,” he concludes.Read more…