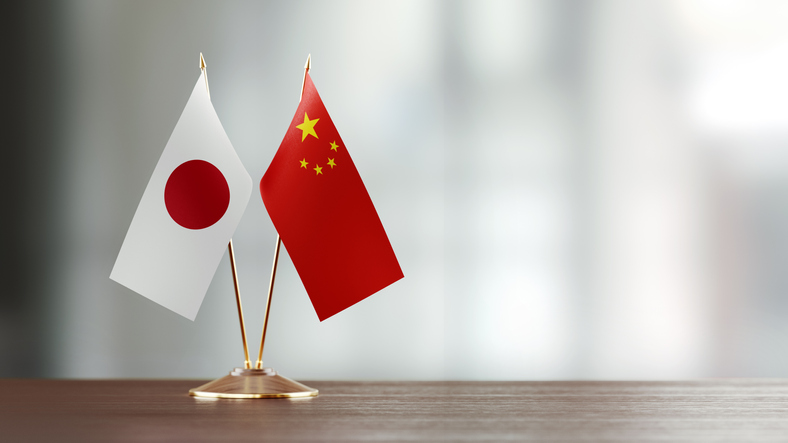 As Sino Japanese ties slide South due to their territorial dispute over the recent flare-ups in the East China Sea, both Asian powers grapple to simultaneously rejuvenate their economies, which have been hit hard by the coronavirus pandemic. The Japanese economy is highly dependent on China, its biggest trading partner. The pandemic has confronted both Tokyo and Beijing with a range of problems. The Chinese economy is three times larger than Japan’s and has been posting six per cent plus annual growth. But the outbreak of the virus has proven to be an impediment to Chinese hopes and belief that the nation is on track to surpass the US and enter into a golden era.

Japanese economy’s over dependence on China is very problematic, but the recent policy decision to lower levels of dependence, significantly impacts both economies. For Japan, there is no country capable of replacing China, an enormous market with thousands of Japanese companies doing business in that country. Japan’s supply chains being unduly reliant on China underlined the need for Tokyo to pursue a new policy to encourage Japanese companies to relocate and shift to Japan the production bases for those products for which they were looking at China. The new initiative taken by PM Abe, caused a severe strain in their bilateral relationship.

Japan’s clear stand of aligning with the United States has also put pressure on the Communist Party-led Chinese government in the wake of Beijing’s imposition of new security law for the democratic British colony Hong Kong. Japan has taken an unusually tough stand on Hong Kong. Tokyo accused China of exploiting the coronavirus pandemic to push its aggressive diplomacy and tighten its grip over Hong Kong, a global financial hub where Japan has significant interests.

Japan fears that the sweeping Chinese security law would undermine the rights of Japanese people and companies operating in Hong Kong. About 1,400 Japanese companies have a presence in the Island, which is the world’s largest importer of Japanese agricultural goods. The Japanese business community is concerned that the new legislation would shake the foundations of Hong Kong. Consequently, Japan intends to lure Hong Kong’s fleeing business community and realise its long-held dream of becoming a global financial hub.

Lawmakers from Japan’s ruling party have urged the government to cancel China’s President Xi Jinping’s impending state visit to Tokyo, citing the situation in Hong Kong as the reason. The move infuriated the Chinese leadership and China warned Japan to refrain from engaging in the internal affairs of other countries.

However, both countries’ economy hinge on each-others trade ties and there is no option but to cooperate, as both economies are in tatters, post the virus pandemic. That is the reason why Japanese PM Abe had been taking a low-key approach towards China. But, the ruling conservative party lawmakers pushed him to put an end to his ‘weak-kneed diplomacy’ towards China, which has been facing global condemnation over its human rights abuses in Hong Kong and against ethnic minorities in Xinjiang and Tibet. These lawmakers stressed the significance of the alliance with the US, especially when the security environment in the Asia-Pacific region has worsened amid China’s military build-up in the South China Sea and ongoing incursions in the East China Sea.

In recent weeks, however, China has continued to send ships to near the Senkaku Islands in the East China Sea. Since April this year, Japan has spotted 67 Chinese Coast Guard ships near these waters, heightening the already tense situation brewing over the mishandling of coronavirus pandemic by China. Japanese Defence Minister said Beijing’s behaviour in the East China Sea Islands was jeopardising peace in the region.

Japanese Chief Cabinet Secretary Yoshihide Suga also firmly stated, “Senkaku Islands are under our control and are unquestionably our territory, historically and under international law. We think it is an extremely serious matter that these activities continue”. He added, “We will respond firmly and calmly to the Chinese side”.

Reacting to the Japanese statements, China’s Foreign Ministry said that, ‘’Diaoyu Island (Senkaku Islands) and its affiliated islands are an inherent part of China’s territory and it is our inherent right to carry out patrols and law enforcement activities in these water”. Communist Party of China’s mouth-piece, The Global Times wrote that the “Japanese conservatives disrupt recovering China-Japan ties by hyping Diaoyu Islands dispute”.

The strained relations are simmering for some time now. In 2018, Japan was among the first countries to follow the US in banning Chinese telecom giant Huawei from building 5G infrastructure. In the last week of June, the Japanese held a joint naval exercise with India, which is currently locked in a deadly border stand-off with China in the eastern Ladakh region. The naval-drill could be interpreted as part of Japan’s long-term efforts to counter the Dragon.