In a bid to promote border tourism and boost the rural economy by generating employment opportunities for the locals of Uttarakhand, Defence Minister Rajnath Singh launched the ‘Soul of Steel Alpine challenge’, a high-altitude mountaineering expedition for civilians at an event in Dehradun coinciding with Veterans Day on 14 January. Spearheaded by the veterans-run CLAW (Conquer Land Air Water) Global and supported by the Indian Army’s Adventure Wing is the first of its kind high altitude endurance and adventure challenge set in the Garwhal Himalayas located in the Niti Valley of Chamoli district. The adventure sport is on the lines of the ‘Ironman triathlon’, a long-distance triathlon challenge in Europe, which tests an individual’s grit and endurance of physical capabilities.

According to CLAW Global, the ‘Soul of Steel’ event will lay the foundation to galvanise the adventure sports potential of remote areas of India, mobilise international tourism, engage the youth in skill-based certification programs for gainful employment, and promote active environmental conservation. It will stage Uttarakhand on the global tourism map for accessible tourism.

“The present challenges, such as migration from border villages along the Line of Actual Control (LAC), and limited opportunities for military veterans after service even when Indian military personnel are considered the most professional world over, are causing concerns which drove us to conceive this initiative,” said a veteran from CLAW Global Team. 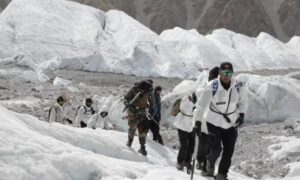 Peaks around Nanda Devi National Park have been chosen for the challenge, which comes under Army’s Ibex Brigade based at Joshimath in Uttarakhand. “The oldest Indian Army Brigade comes forward to help the youngest veteran Startup in creating the newest adventure challenge in the Himalayas,” the veteran said, adding, “it will extend support to CLAW for SOS in terms of access, permissions and contingency assistance if needed.” Ibex Brigade, raised in 1905, India’s only independent mountain brigade, is defending the 250 km of LAC in the Garhwal Himalayas. This initiative has been undertaken by Ibex Brigade and CLAW to meet the above concerns and took 6-7 months of planning.

The expedition opens the domain of niche military skills to an average youth who wishes to challenge his physical and psychological limits, said a member of the organisation. Through traditional and modern standards, participants will be selected through a detailed screening and training model. Initially, there would be 12 Indian participants plus six international teams, and the age group to apply would be between 18 and 30 years. The challenge would be spread across three months. 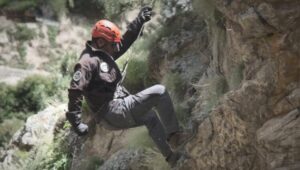 During the course of the programme, they will be trained to operate beyond the assumed limits of their body to discover the limitless realms of their mind, consciousness and spirit, the team member said. The project aims to train prospective athletes who wish to compete in this first-of-its-kind international challenge, informed the official and further added that the training programme will be aimed at equipping the participants with specialist skills, including mountaineering and survival skills, advanced medical skills, self-defence techniques, physical fitness, psychological resilience, and endurance.

Elaborating on the vision of the expedition, ‘Soul of Steel, India – a beacon for human unity through the spirit of Adventure’, CLAW Global stated, “while the Soul of Steel participants will get trained to face anything that life can throw at them – be it the everyday stresses of the corporate jungle or survival out in the wilderness, the military veterans will get a sound platform to showcase their niche skills and monetise them in their second inning which at present is a great challenge but above all this activity will create a model through which the great tourism potential of the remote and desolate areas of the Himalayan region and the local hardy people will be harnessed to arrest the migration of the locals towards bigger cities from the small border villages”.

The challenge is divided into four stages, including 40-day jungle and mountain training, 30-day high altitude training, a 15-day refresher course for international teams and a week-long challenge. The screening of participants would commence on March 1, while the instructor orientation programmes are scheduled to take place from March 15. The final screening process would be conducted on the ground at Nainital on March 27, and the training would be imparted during April-May.

The project’s expected cost is estimated to be Rs 30 crore, and the Veterans’ venture is looking for corporate sponsorships. Set up in 2019 by Major Jacob, CLAW Global has a team of former special forces personnel and like-minded people working to ‘design and implement sustainable large-scale employment solutions’ for people with disabilities and the underprivileged, especially in the ‘Environment conservation and Sustainability’ space.