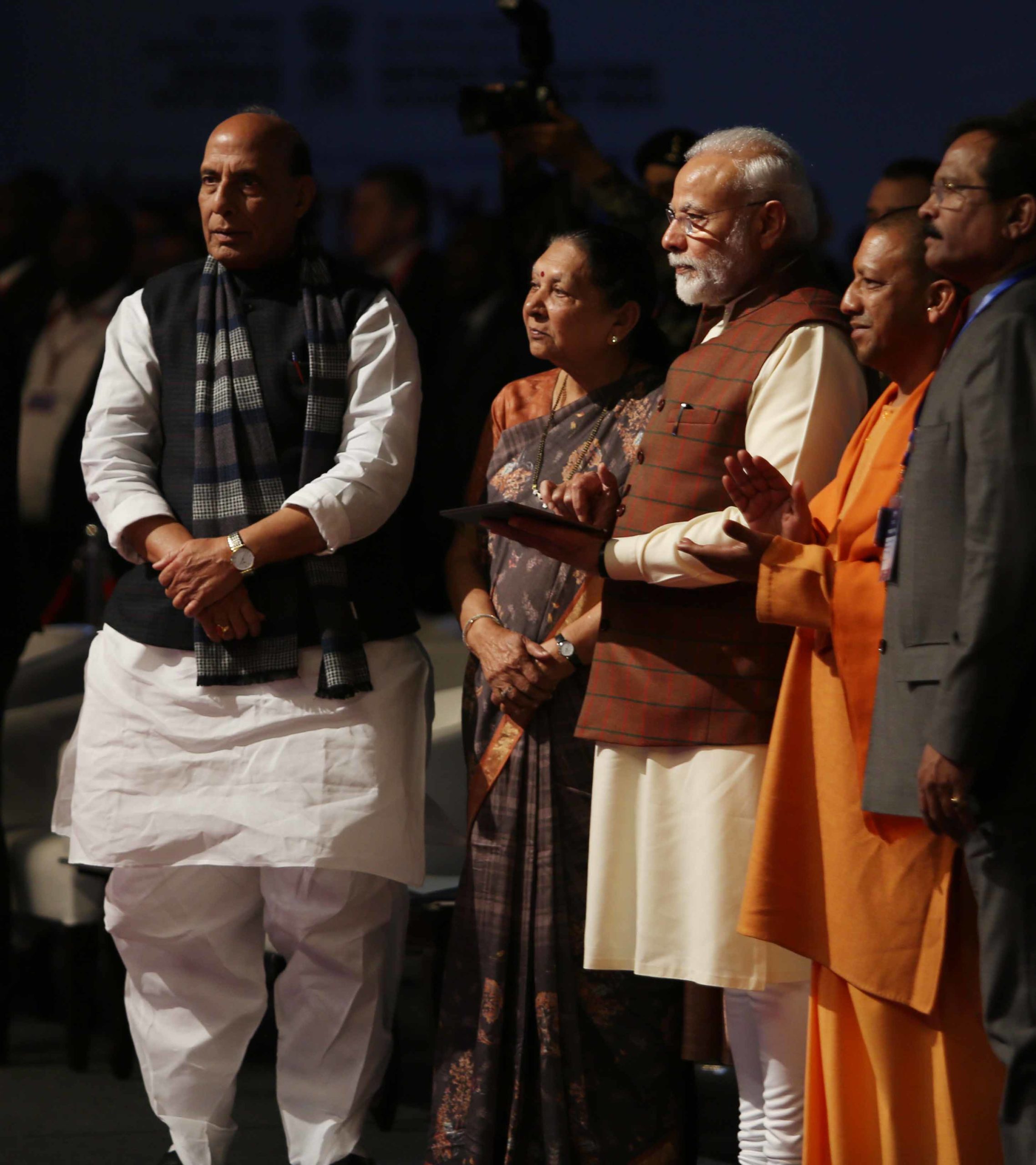 Inaugurating the 11th edition of India’s biennial military exhibition DefExpo 2020 in Lucknow, Prime Minister Narendra Modi said India is not just a big market but also a huge opportunity for the world. Inviting foreign defence manufacturers to invest in India, he said, “India has unlimited possibilities for defence manufacturing. There is talent and technology, there is innovation and infrastructure, and there is favourable policy and security of foreign investment.”

“Our mantra is Make in India, for India, for the world. In 2014, the export of defence equipment from India was about Rs. 2000 crore. In the last two years, it has gone up to to Rs. 17,000 crore. In the next five years, our target is to export of 5 billion US dollar, which is about Rs. 35000,” the Prime Minster said, asserting that Uttar Pradesh is going to be one of the biggest defence manufacturing hubs in India.

Prime Minister said that two large defence manufacturing corridors are being constructed in India. One in Tamil Nadu and the other in Uttar Pradesh. Under the Defence Corridor of UP, nodes will be established in Aligarh, Agra, Jhansi, Chitrakoot and Kanpur, besides Lucknow. He informed that MoUs worth Rs. 3700 core have already been signed for Uttar Pradesh and Rs. 3200 crore for Tamil Nadu defence corridor. In order to give further impetus to defence manufacturing in India new targets have been set.

“Our goal is to bring the number of MSMEs in the field of defence production beyond 15000 in the next five years. In order to expand the Idea of I-DEX, it is targeted to start 200 new defence Start-Ups to scale-up it. The effort is to develop at least 50 new technologies and products. I also suggest that the major industry bodies of the country create a common platform for defence manufacturing so that they can take advantage of both the development and production of technology in the field of defence”, the Prime Minister added. 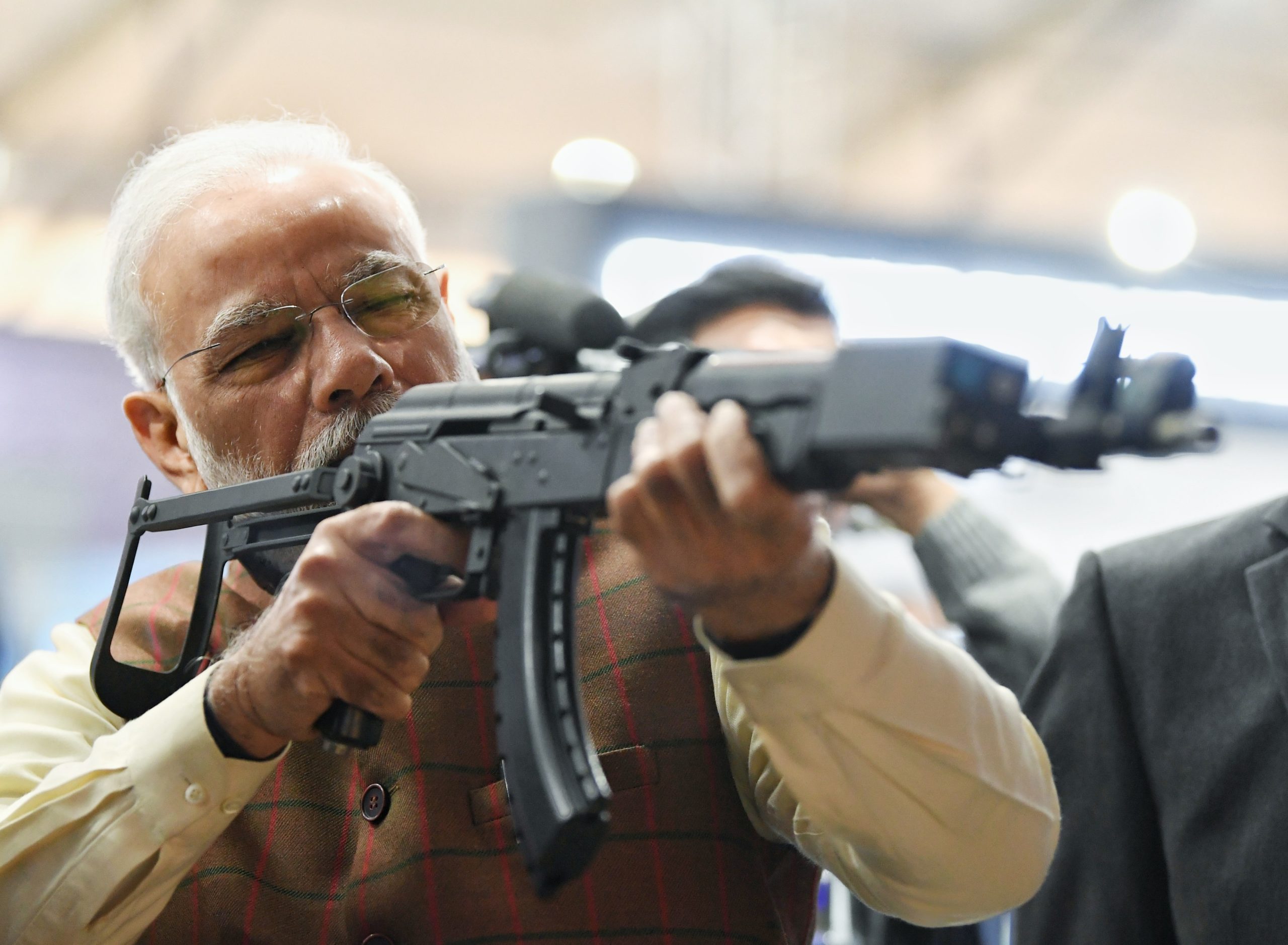 Speaking at the inaugural session, Uttar Pradesh Chief Minister Yogi Adityanath informed that 23 MoUs related to UP would be signed during the mega event. The state will get an investment of Rs, 50,000 crore and generate employment opportunities for about 3 lakh people.

Prime Minister said a country of the size of India cannot entirely depend on imports and added the number of defence licenses issued in the last five years has risen to 460 from 217 in 2014 since he has come to power. India is manufacturing everything from artillery guns, aircraft carrier to frigates and Submarines today.

He said that defence manufacturing would be boosted by the newly created Department of Military Affairs headed by the Chief of Defence Staff. PM Modi said India has prepared a roadmap to increase the use of artificial intelligence in the defence sector. “In the next 5 years, we want to develop at least 25 products associated with artificial intelligence in the defence sector,” he said. “India has a Long-Term Integrated Perspective Plan to “give direction to the strategy for development of defence technology,” he added.

“In the last five-six years, our government has made research and development a major part of our nation’s policy. Necessary infrastructure is being prepared in the country for defence R&D and manufacturing. Joint ventures are being worked out with other countries. An attempt has also been made to eliminate all silos with a focused approach. It has led to an environment that is ready for investment and innovation,” the Prime Minister added.

Defence Minister Rajnath Singh said that the creation of two defence corridors was a result of Prime Minister Narendra Modi’s vision of leading India to becoming a technological powerhouse, catapulted through policy initiatives such as Make in India, Start-up India and Skill India. He said that DefExpo 2020 was the biggest ever such event being organised in the country where companies from more than 170 countries are participating. He hoped that DefExpo 2020 would act as an enabling platform that shall catalyse the Make in India initiatives in the country.