Defence Minister Rajnath Singh has unveiled a Dashboard of Department Defence Production (DDP) on Thursday for effective monitoring of various initiatives and schemes taken up by the Ministry of Defence. 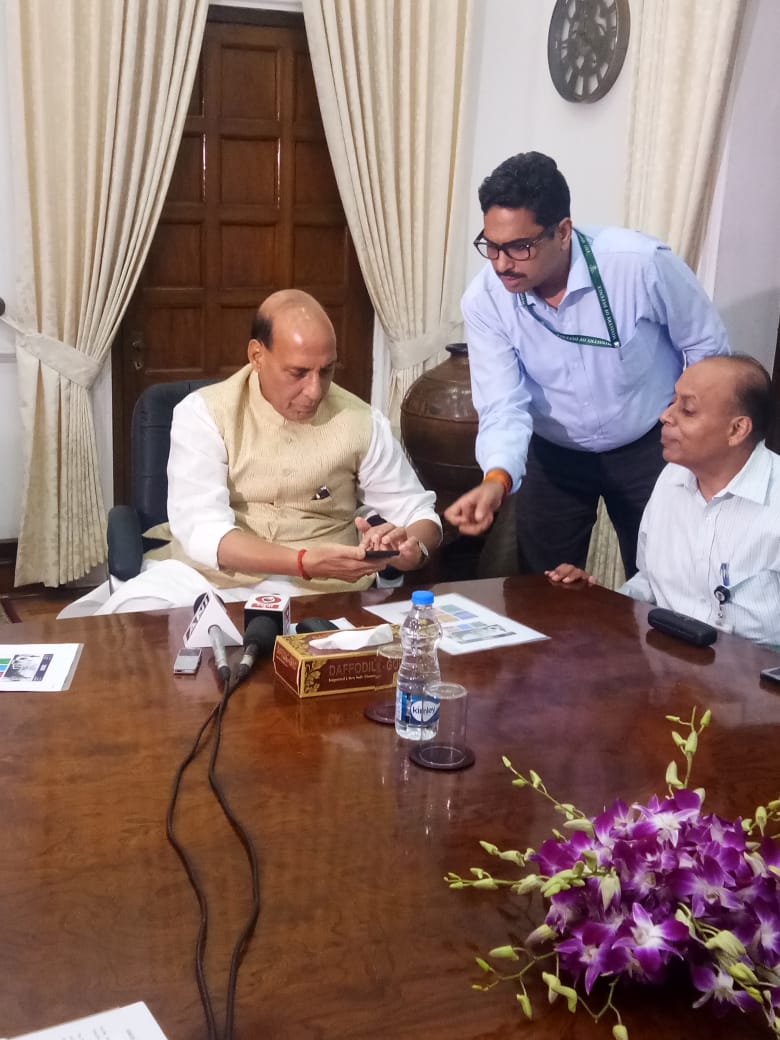 According to the statement issued by the Ministry of Defence, Secretary, Defence Production, Dr Ajay Kumar explained the features and the main objectives of the Dashboard. He informed that through this initiative, the Ministry will be able to keep track of the major components of Defence Production, including defence exports, defence offsets, Intellectual Property Rights (Number of Patents registered) and MissionRakshaGyan Shakti. He also gave a detailed account of the subjects on which the Dashboard will have capsulated information in a user-friendly interface that include defence projects under ‘Make in India’, startups in the defence sector, investments in defence corridors in Uttar Pradesh and Tamil Nadu and artificial intelligence projects in defence.

Under the Mission RakhaGyan Shakti scheme total of 56 IPRs have been filed till June this year against an ambitious target of 1,000 IPRs. 730 IPRs were filed last year for the year 2018-19.

As far as Startups are concerned, 44 has been launched till now as against the target of 200 startups by the year 2023-24.

As per Make II category of the DPP(Defence Procurement Procedure)projects under Make In India scheme, 40 projects have been launched as against 85 DPP projects by 2023-24.

Investments of Rs. 3732 crore in Uttar Pradesh and Rs. 3143 crore for Tamil Nadu has been announced for the respective defence corridors of both the states.