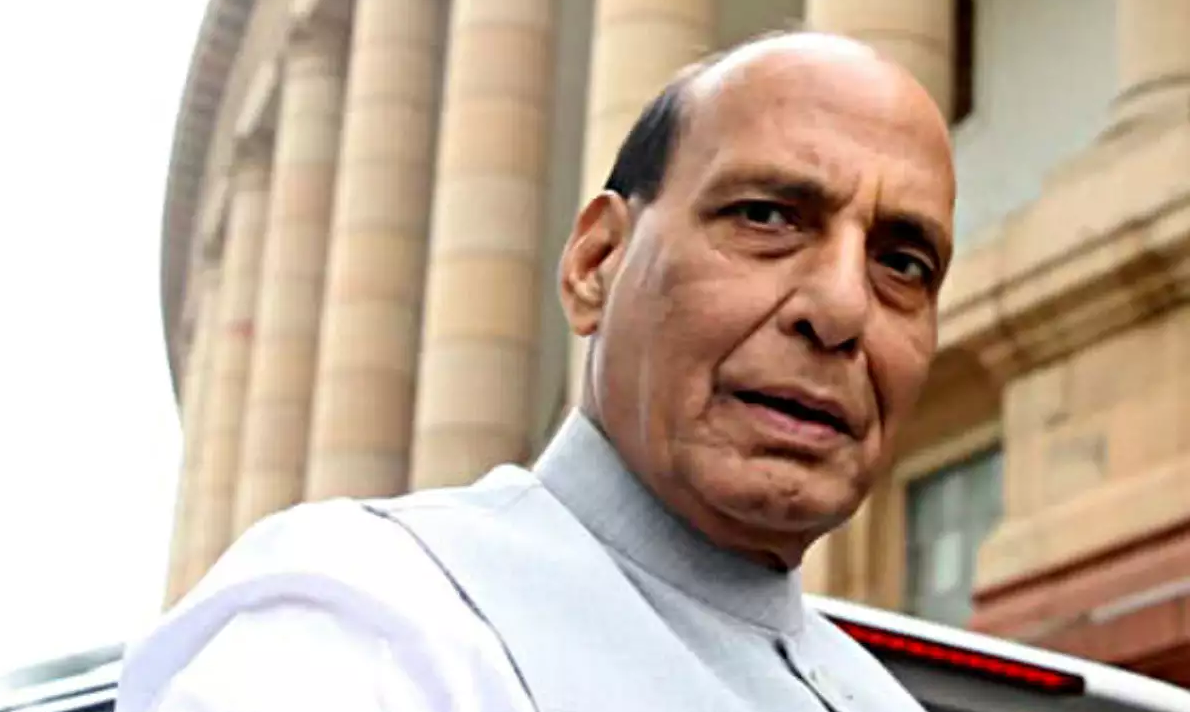 India’s Defence Minister Rajnath Singh will embark on his maiden trip to the African country Mozambique later this month. The visit is aimed at enhancing bilateral ties, strengthening the existing bonds of friendship and reinforcing cooperation in maritime security between India and Mozambique.

These details were spelt out by Neena Malhotra, Joint Secretary, East and Sothern Africa Division, Ministry of External Affairs during a round table on ‘Indian Defence Products and Platforms’, organised for the African Defence Attaches in New Delhi on 18th July by Bharatshakti.in. The event provided public and private sectors defence equipment manufacturers to showcase Indian capabilities to African countries. 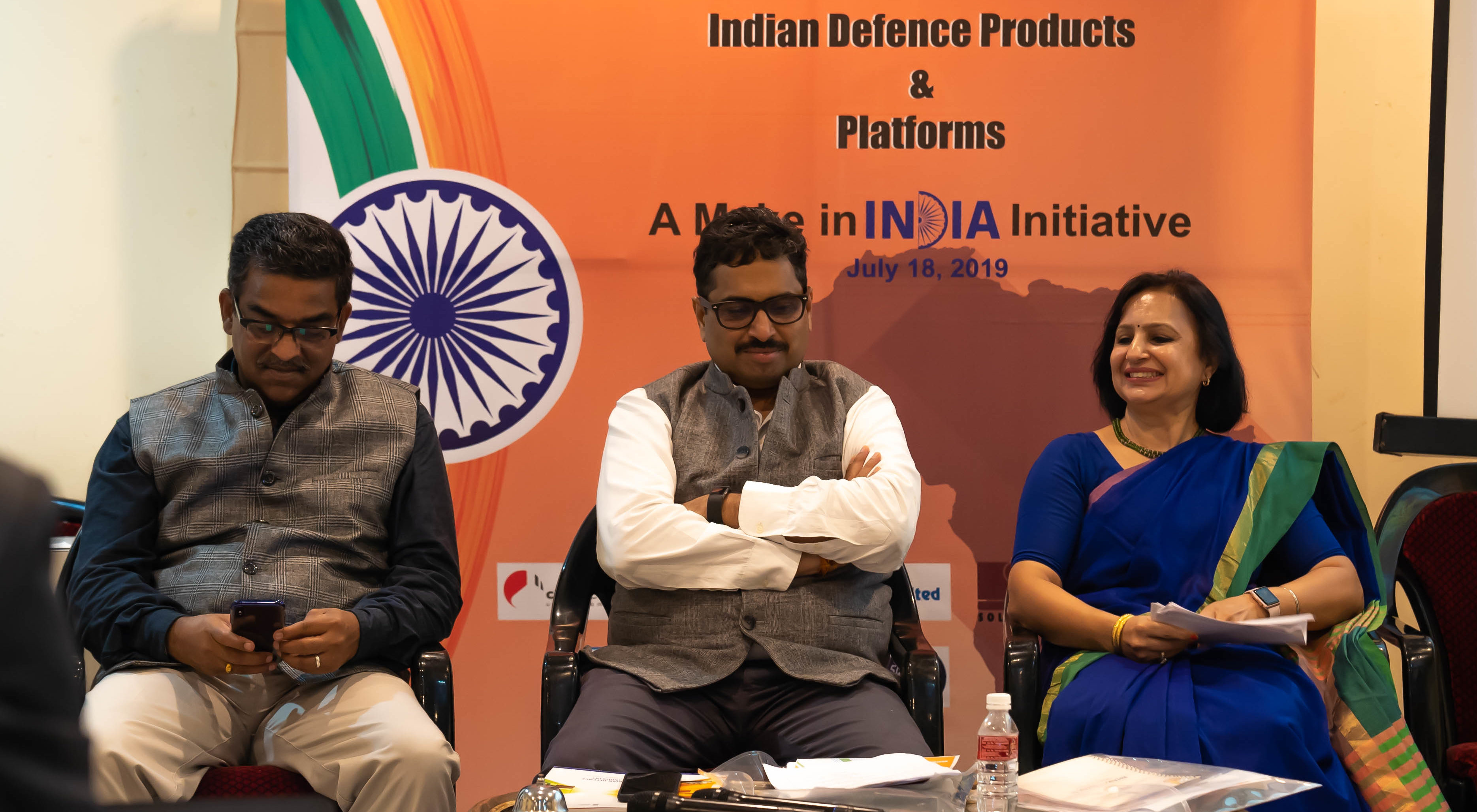 With its ambitious target to achieve Rs 35,000 crore worth of military exports by 2025, the Ministry of Defence (MoD) has drawn up a strategy to woo African nations to opt for“Made in India’ products as their priority. Unveiling the government’s plan, Sanjay Jaju, Joint Secretary, Department of Defence Production (DIP) said: “In a bid to scale up its defence and security engagements with Africa, India has opened up Line of Credits for Indian military equipment to African countries.” SanjayJaju also stated that the Ministry has a plan for the next five years to enhance defence production cooperation with the African countries. 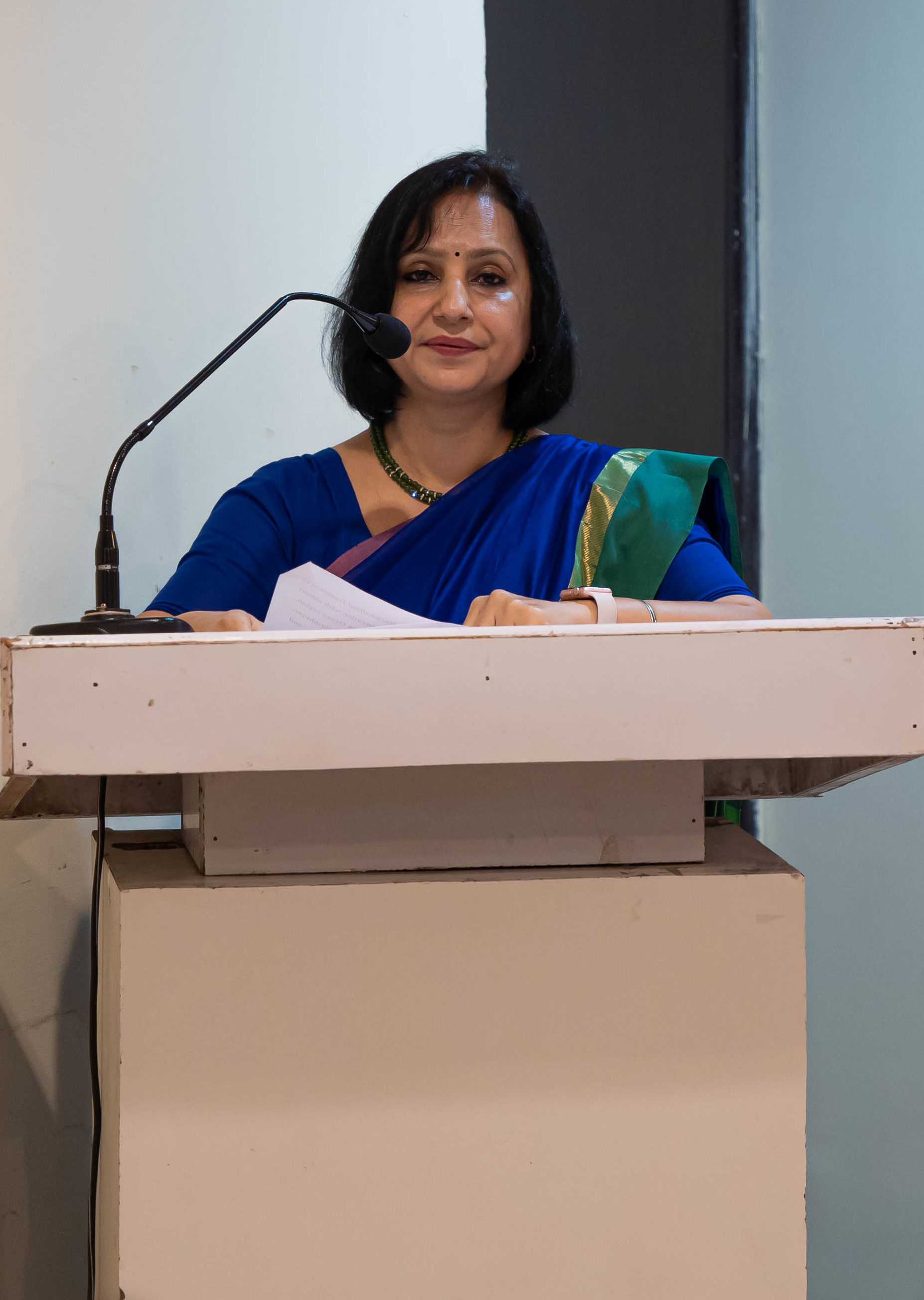 Referring to India’s Line of Credits to African countries, Neena Malhotra said, “Our development cooperation is a key feature of our engagement with the continent. The African continent is the largest recipient of Indian overseas assistance. 191 Lines of Credit have been extended to 42 countries for a total amount of USD 11 billion.”

“More than 40% of LoCs have been extended to African countries. We are working together with EXIM Bank to streamline our defence assistance to Africa,” informed Sanjeev Chadha, DDG, Export Promotion Cell, Department of Defence Production while addressing the gathering of African defence attaches and Indian defence manufacturers.

This was perhaps the first occasion where defence attaches and representatives of African countries assembled in large numbers for a direct interface with Indian defence manufactures for their specific needs and requirements. Major public and private sector defence manufacturers participated in the event to appraise the gathering regarding indigenous capabilities and cutting edge technology products.

The presentation by Mumbai-based Company C-Tech Corporation which manufactures non-chemical repellents was unique for its niche products designed to repel rodents, termites and ameliorate the threats that animals and birds pose for various defence platforms and installations.

A major manufacturer of advanced electronic products for the armed forces, Bharat Electronics’ (BEL) presentation generated a lot of interest 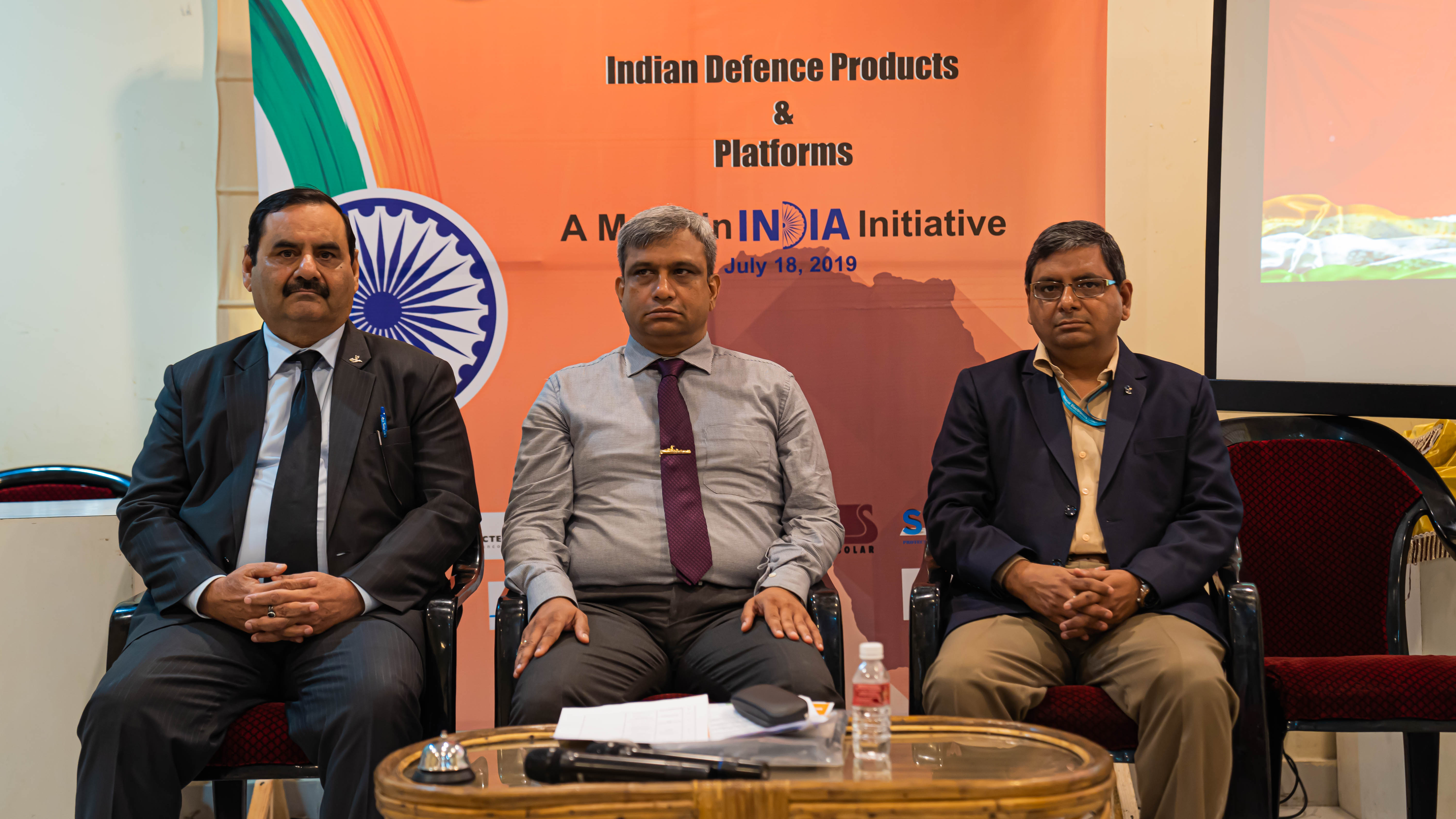 for its wide range of products. Whereas Delhi-based S M Group (SMPP) showcased the state-of-the-art facilities for design, development and manufacturing of personnel protection items, vehicle and aircraft armour, as also being the first to produce Next-gen ceramic armour in India. The group has also developed and manufactured combustible cartridge cases in India.

Speaking on the occasion, the senior diplomat said “We have military-to-military cooperation with about 20 African countries. Our military training teams are deployed in Botswana, Ethiopia, Namibia, Nigeria, Tanzania, and Zambia. We are one of the largest contributors to peace-keeping in Africa, with sizeable contingents currently in the Democratic Republic of Burundi, Congo, Liberia, Somalia, South Sudan which gives us the credentials to scale up our military engagement with the continent.”

She also referred to India’s cooperation with Africa in the domain of new maritime threats and transnational crimes. “Maritime security links have been strengthened. Piracy, armed robbery at sea and maritime terrorism pose serious threats to the security and economy of the region. Incidents of the hijacking of ships and oil tankers with Indian crew on board have taken place. We are determined to fight it together.” 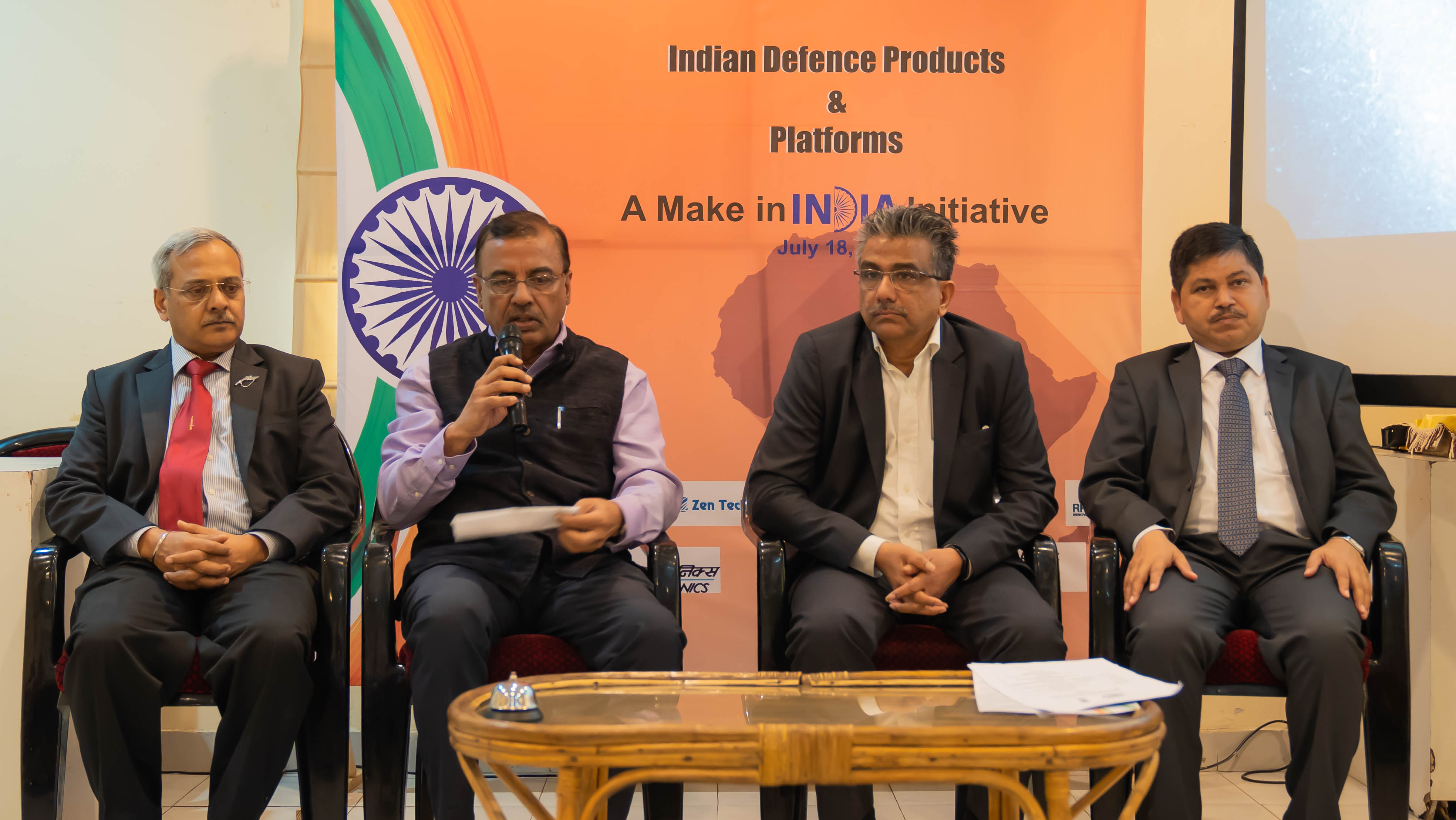 India-Africa trade has multiplied and diversified in the last 15 years. Trade with Africa is currently at the US $69 billion making India the 4th largest trading partner of Africa. India has become the 5th largest investor in Africa with cumulative investments of US $54 billion generating thousands of jobs for Africans.   Lauding the efforts for staging such an event, the Dean of Defence Attaches of African countries, Staff Colonel Ayman Farouk Taha of Egypt called upon the Indian industry to conduct market research for visibility of defence-related needs and requirements of African countries before pitching a particular product to them. Col Ayman said that Africa needs different sets of products with small budgets. “We don’t have big budgets for the procurement of defence equipment, therefore I urge the Indian industry to make Africa their manufacturing hub keeping African requirements in mind.” Underling the role of Line of Credits, the Military Attache said these concessional loans can be used for procuring defence items to strengthen military ties amongst us.

India is emerging as a manufacturing hub for defence production and Defence Production Policy 2018 should lead to a surge in exports by 2025. With ambitious targets to achieve, the government has mandated its defence attaches across the world to showcase Indian capabilities. In this new initiative, the defence attaches will be given an annual budget of up to $50,000 each for promoting exports of Made-in-India defence products by participating in exhibitions, conducting market research, organising events and publicity as ‘Team India’ for both public and private sector manufacturers.

“Government aims is to provide an overreaching umbrella for viable business opportunities by generating leads for both public and private sectors as one common unit – an Indian Unit,” said Jaju about the common goal of achieving export targets by integrating the private sector into the fold by providing all possible assistance to them.

The senior bureaucrat said, “The defence ties with Africa is on the ascendant and I urge Africa to let us know your requirements, we will provide platforms, systems and sub-systems to support and cooperate seamlessly for your choice of products or transfer of technology. We can even explore and open co-production opportunities also.”

However, the representatives of African countries rue the fact that they don’t have the budgets to go for expensive modern equipment. Many African countries look for grants rather than a line of credit or soft loans. This is a major impediment in the procurement of defence-related requirements by them. The solution lies with the investment in the defence industry in their countries. They were of the view that to bridge the gap Indian defence manufacturers should set up units in the continent to tap the vast opportunity waiting for them. Time will tell how the indigenous industry responds to this call.