What Does The M 777 Ultra-Light Howitzer Mean To Us?

It’s been a long journey since the Bofors scam of 1980s to the day we ultimately signed a contract to purchase 145 Ultra Light 155 mm Howitzers from the Americans via the Foreign Military Sales FMS) route. The Bofors ghost had ultimately been exorcised from the psyche of officials in the procurement loop. The gun system is an excellent system that enhances our capabilities in the higher altitudes, substantially.

Structurally Titanium based, the system weighs about one-third of a towed 155 mm Bofors gun that we currently use. The procurement channel having confirmed to the FMS route, this deal is also clean. Lt Gen PR Shankar, who retired as the Director General of Artillery when the contract was being processed provides an in-depth analysis.

WHAT DOES THE M 777 ULTRA-LIGHT HOWITZER MEAN TO US? 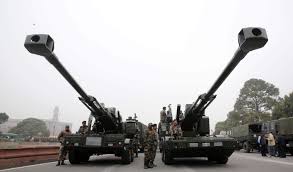 The first two M777 Ultra-Light Howitzers have landed in India and are undergoing firings for compilation of firing tables to enable them to be used with Indian ammunition in Indian conditions. One keeps reading reports in newspapers about them. The information given in various reports is sketchy and incomplete at best. Now that the euphoria of signing and initial induction of two guns is over there is a need there is a need to understand the wider implications of this deal. This deal means a lot to India. It goes much beyond just getting 145 guns.

At the outset, the deal for one hundred and forty-five 155mm M777 Ultra-Light Howitzers is the first major contract signed after more than 30 years to procure a world class gun for the Indian Army. Seven Artillery regiments will be equipped with this gun in the next four years. It is a major landmark in more than many ways. The first landmark is that the Bofors ghost thinking in our procurement machinery has been laid to rest. It gives us the confidence that we can negotiate complicated deals if our intentions are clean. It is a government to government deal between India and the USA, through the Foreign Military Sales (FMS) procedure of the latter. Hence, it’s devoid of the murkiness and attachments associated with normal defence deals. In fact, all parties associated with this deal were very conscious to avoid any action which could result in controversy later.

Operationally, the M77 Ultra-light Howitzer is a major force multiplier. Induction of seven M77 Ultra-light Howitzer regiments enhances our defence preparedness and capability in mountains. Its normal range of 30 km enhances by up to 25% in rarefied atmospheres of higher altitudes. This is a major bonus in inaccessible areas and difficult terrain specially along our borders with Tibet. Its light weight of about 4000 kg is a boon in mountains. It can be transported along marginal and underdeveloped tracks even with a light vehicle like the Maruti Gypsy. It is the only gun of its class which can be heli-lifted or air-ported, either under-slung or strapped within. This feature gives it strategic mobility; especially in mountains. When the Chinese incursion took place in the inaccessible Depsang area a couple of years back, we did not have the capability of building up adequate firepower in case the situation got out of hand. That equation will change for good on operational induction of the gun. We now have a deterrent which our adversaries will have to factor into their incursion dynamics along the LC/LAC. Our ability to handle out of area contingencies goes up a few notches.

The gun is pretty simple to handle and assimilate. There will be no complicated training cycles to go through. The gun can fire Indian ammunition. Hence we are not dependent upon any one else to operationalise and use it. Being a Titanium gun, it can take rough and tough handling better than normal. Its requirement of spares is not likely to be heavy since Titanium is a strong metal. At the same time, it is loaded with cutting edge technology in the form of an inertial navigation and pointing system for accurate indirect fire and a night enabled direct firing system. All these make it a formidable weapon in mountains.

We are going in simultaneously for the Chinook Heavy Lift Helicopter, also through the FMS route from USA. The US Army uses the M777 and Chinook as mated systems. It will be no different for us. The concept of a dedicated aircraft to transport this gun will drive joint operations and improve synergy between the IAF and the Indian Army. When seen in conjunction with other impending inductions into our Army like the 155 mm 45 calibre Dhanush gun and 155mm 52 calibre self-propelled tracked K9 Vajra gun there is a new lethal dimension emerging to our Artillery. At strategic level the gun makes immense sense. 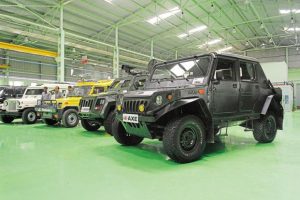 There are certain technical issues which merit attention. This gun is going to be assembled, integrated and tested in India after the first 25 guns are delivered to us. This will be done at the Mahindra’s facility in Faridabad. Additionally, the spares for the gun will be made in India in the long run. A related factor is that if we progress along intended lines, India will be the global source for spares for this gun. Hence a Make in India element exists in the scheme of things. The long term sustenance is also taken care of. In addition, it contributes to export potential and better offset discharge.

The inherent aspect is that once spares start getting made here, we will have the technology and wherewithal to handle Titanium for moulding our guns and weapon systems. Capability to handle Titanium has spin off benefits in certain defence and strategic sectors. A major factor which comes with this deal is that we will have the benefit of getting a first-hand idea of the integration technology of a complex system and maintenance of international quality standards. This will be major spin off for our indigenous Dhanush system, whose Achilles heel is likely to be our ability to maintain quality over a period of time.

There will be inevitable questions on cost of the gun. The costing of the gun has been carried out using different models. It is the best possible cost under the circumstances. Escalation is comparable with other indigenous systems and deals of US Government with other countries. Also, the FMS procedure and internal rules of the USA prescribe that the US Government gets the best price for the customer from the vendor. Hence, we are not paying an exorbitant cost as some of us will contend. In fact, the concept of assembly, integration and testing in India has given us considerable saving on transportation and insurance costs. Overall, it can be surmised that we are paying a fair cost. With maintenance echelons to be established in India and spares to be made in India, the life cycle costs will also not bloat over time, as it happens in many cases i.e., one pays a small cost of the main equipment but ends up paying exorbitantly for spares over the longer period.

The FMS route has certain advantages. It has the sovereign guarantee of the US Government. Any issue with the gun will be attended through the US government as per the agreement. Corrupt practices were ruled out due to stringent provisions of US Foreign Corrupt Practices Act. There are severe implications for vendors if they violate it.

The Regiment of Artillery was equipped with the ANTPQ 37 Weapon Locating Radars a decade back. This was also procured under the FMS Route. As a result, the FMS route is something which the Army is familiar with and has experienced over the past decade. This will enable Indian Army to smoothly induct this gun and overcome all hurdles which are likely to crop up.

The deal with USA to purchase this gun goes beyond the normal. It represents a major milestone in Indo-US defence cooperation. This deal was complicated to say the least. It took nearly a decade for both countries to come to an agreement after protracted negotiations. It had to go through the bureaucratic procedures of two democracies. This experience of handling a complicated FMS case serves as a good and positive example for other negotiations which will take place as part of this Strategic Partnership. This deal instils confidence and understanding on both sides that their armies, defence forces and governments can work together for mutually acceptable outcomes. There is now commonality of equipment and hence joint operations can be undertaken in future. As an extension, there is scope to have regular joint exercises and training routines with USA. Overall, the M777 will give a major boost to Indo- US strategic partnership.

Feather in our Procurement Cap

Very importantly, this deal represents a major milestone and feather in our procurement process. The deal was all but buried in files in 2014. In fact, it was on the verge of closure due to misperceptions. Once the case was reanalysed and misperceptions removed, in a matter of 24 months the entire process was reactivated, revitalised and the deal brought to its conclusion.

In four years seven regiments would have been inducted. It will be a huge capability jump. It shows that if we are clear about our goals we can achieve them despite the odds. Defence procurement can be fast and clean when there is team work.