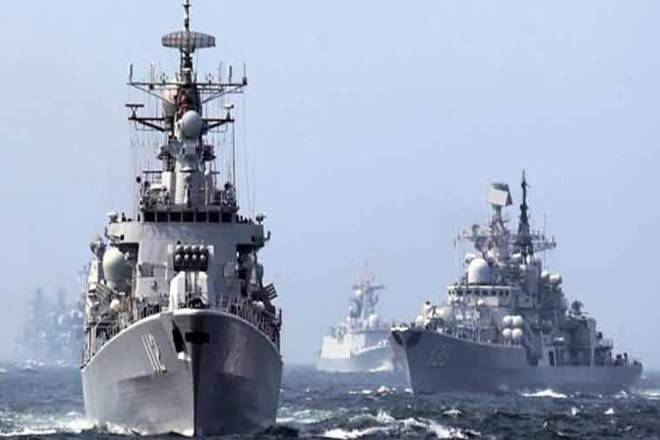 Aatmnanirbharta and Indian Navy: A Match Made In Heaven?

On 8 August 2020, the Defence Minister announced an embargo on the import of over 100 defence weapons and platforms. This decision has been taken to provide an opportunity for the Indian Defence Industry, both public and private, to manufacture these items using their R&D or in collaboration with DRDO. This list has reportedly been prepared by the Department of Military Affairs after extensive consultation with all stakeholders, including the three Services.

Significantly, this embargo covers not only low-tech components/machinery but also a significant number of complex platforms and high technology weapons and associated equipment. By doing this, the Government has provided an unprecedented opportunity for local entities to confidently step up their efforts to develop, produce and sustain products for the Indian defence market. Moreover, with defence exports gaining greater salience for national economic growth, the Indian defence industry has been offered a whole new world of opportunities.

Getting back to the list itself, even a cursory glance at the items suggests that the Indian Navy has taken on the lion’s share. Shipborne cruise missiles, anti-missile systems, multiple types of vessels including destroyers, corvettes, missile vessels, anti-submarine crafts as well as most of the high-end technologies required by these platforms – all have been incorporated in the ‘Atmanirbhar’ list. What does this imply for the Navy and the Defence Industry?

It has to be acknowledged that the Navy’s developmental plans have always focused on self-reliance. Almost all recent and ongoing major acquisition programmes, are being progressed within the country. Since the first Naval ship was constructed in India in the 1960s, the Navy has worked closely with multiple Indian shipyards to develop a range of vessels, including destroyers, frigates, submarines and also the first Indigenous Aircraft Carrier being constructed at Cochin Shipyard Ltd. It may, therefore, be fortuitous for the national effort that the Navy has been given pole position in the ‘race to self-reliance’.

The Navy has traditionally taken the lead to enhance and extend its interaction with all stakeholders in Defence production. There are extensive mechanisms for continuous interaction and cooperation with DRDO, Defence PSUs and shipyards, IITs, Governmental labs as well as Private Industry and Start-ups. A dedicated Department of Indigenisation within the Navy has managed these aspects for several years now, and this Department is likely to be expanded to a full-fledged agency to optimize efforts towards comprehensive self-reliance.
The size and scale of the Navy’s well-documented developmental plans provide an excellent roadmap for future efforts of local players. Existing naval programmes have already led to establishment of some MSMEs in niche technologies and this trend could be exponentially increased in future. With the Navy’s focus on ‘standardisation’ in future plans, all developers/ manufacturers are likely to benefit from larger orders.

With maritime security rapidly gaining importance internationally, demand for naval weapons and platforms will inevitably continue to increase in Navies world over, particularly in our neighbourhood. It is, therefore, a period of opportunity for India’s defence export ambitions and due focus on the Navy’s requirements could yield significant rewards.
However, all is not rosy at present in the Navy’s self-reliance story. There have been multiple hiccups – long shipbuilding timelines and delayed deliveries, bottlenecks at private shipyards, delay in the modification of indigenous aircraft for use on ships, R&D failures in some niche weapons systems – to state a few.

Moreover, private investment in Naval projects has been minimal due to the penchant for the nomination of DPSUs for big projects. The continuous shrinking of the Navy’s capital budget has further undermined investor confidence. These are the issues, which if firmly and effectively addressed, could springboard India’s Defence industry to a higher level in a relatively short period.
One possible way to achieve this could be for the Government to provide financial, procedural and decisional support to ongoing and upcoming Naval plans, for items on the Atmanirbhar List. By providing budgetary support for large scale investments, ensuring a level playing field for private entities, demanding corporate efficiency from public entities, safeguarding individual intellectual property and establishing mechanisms for seamless and transparent user-developer-manufacturer integration, the MoD, through the Indian Navy, can rapidly realise the goals of self-reliance.
It is an integral part of India’s culture to meet challenges and opportunities with equal positivity. The challenges of the existing geopolitical climate, particularly the menace posed by our adversarial neighbours to our economic growth, need India’s Navy to growing rapidly to counter them across the Indo-Pacific. At the same time, the opportunity provided by the Atmanirbhar Bharat initiative needs to be fully harnessed to do so. With the Navy’s long and credible track record in self-reliance, the Government must give due focus to the Navy’s plans to achieve its stated goals.