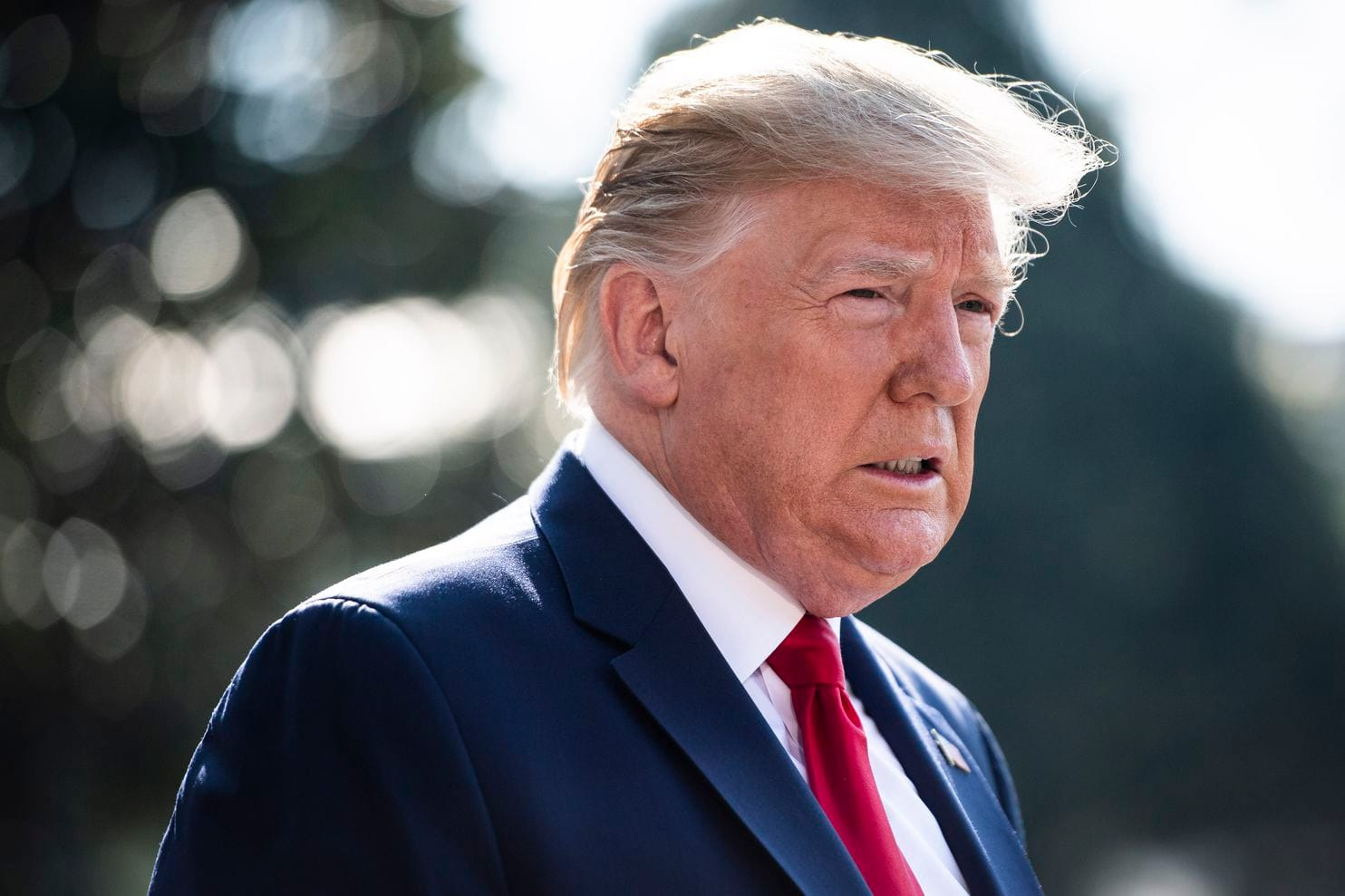 Arctic Thaw Opens Up A New Arena For Global Conflict

As the world continues to be focussed on Syria, the South China Sea, the scourge of terrorism and the like, a new arena for the competition is taking shape at a rapid pace. It’s the Arctic and its resources. At the Vladivostok meet Putin offered Modi additional supplies of natural gas and joint development of fields that abound the Russian region. But, as the snow melts, it could also easily denude the importance of the Panama Canal or the Malacca Straits to global shipping. Simultaneously, the thawing permafrost is releasing huge quantities of Carbon dioxide, Methane and other poisonous gases. The author ploughs through the issues of climate change, geopolitics and the blind surge for resources that the area is faced with.

On 20 August 2019, the US President expressed the American desire to purchase Greenland from Denmark, for strategic purposes. US intention was met with disbelief all over the world, but this was not the first such attempt by the US. A similar attempt was made in 1867 and in 1946 too when the US had offered 100 million dollars for Greenland. The US has been maintaining an Air Force base in Thule since 1943 and also have a Ballistic Missile Early Warning station and a Satellite Tracking station, operational in Greenland.

Melting polar ice caps are opening new sea routes across the Arctic. It drastically reduces the maritime travel time to circumnavigate the world vis-a-vis Panama or Suez Canal routes and therein lies the importance of Greenland.

In early May 2019, at the Arctic Council meeting in Rovaniemi, Finland, US Secretary of State, Mike Pompeo, stated that the region was not a barren icy waste anymore and that the Arctic was at the forefront of “opportunity and abundance”. The speech signalled a rebranding of the Arctic. Once considered as a frozen icy waste is now being described as a “new frontier” which is “open for business”. It heralds a race amongst the major powers in the world to exploit its resources and to dominate it. This opens a new arena for global conflict. 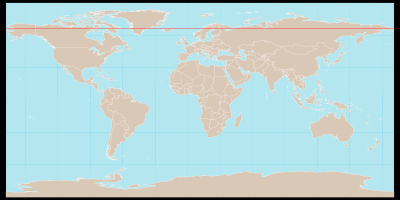 The Arctic Circle runs 66° 33′ 39″ North of the Equator. It is approximately 16,000 km long and has an area of about 20,000,000sq km. It covers about four percent of the Earth. The North Pole is the centre of the Arctic. Russia, Canada, Denmark (Greenland), USA (Alaska), Norway, Sweden, Finland and Iceland are partly within the Arctic Circle with Russia having the maximum landmass. Home to about four million people, the indigenous Inuit make up about 10 percent of it.

This land of Midnight sun and Polar nights, due to its frozen state the year around, has remained out of the ambit of large scale commerce. However, off late, due to global warming,it’s been losing 21,000 sq miles of ice each year. The landscape, due to this thaw, is much greener than one can imagine. Studies forecast that the Arctic will be ice-free by 2050. Many predict in 2035.

The Arctic is believed to contain 13 per cent of the world’s undiscovered oil reserves and 30 per cent of its natural gas reserves.Besides, zinc, iron ore and rare earth metals are believed to be abundant.

Mike Pompeo’sstatement in the Arctic Council meeting threw light on the developing crisis North of 66° latitude and the imminent “plunder” of the Arctic. Until recently, the Arctic Circle nations maintained peaceful cooperation, though disputes over sea passage and territory did exist but were considered as “frozen” conflicts. Now, akin to the rush for Africa in the 19th century or the Californian Gold rush, the thawing Arctic is witnessing a scramble for its wealth.

The Arctic Circle is warming up at twice the global rate. This has given new military and strategic dimensions to this region. The two world powers and the other countries of Arctic Circle, plus China – 2600 km away, instead of responding positively to this monumental environmental crisis have embarked on the mission to further their economic, military and strategic causes.

Thawing the Arctic and increase in use of NSR has thrown up the immediate challenge of governing the Arctic maritime environment. The 1982 UN Convention on the Law of the Sea (UNCLOS) laid out norms to safeguard the maritime environment, established norms for high seas, laws for regulating mineral resources exploitation from the sea bed beyond national jurisdiction, norms for territorial waters and exclusive economic zones (EEZs).168 countries ratified the treaty. The US didn’t. This puts UNCLOS on shaky grounds in the Arctic.

In contradiction to UNCLOS, Russia claims the underwater Lomonosov Ridge extending to the North Pole. In 2007 it planted it’s flag on it raising a strong protest from the Arctic nations. Under international law, the North Pole and the Arctic Ocean surrounding it are aninternational zone.  Russia also has made rules to govern the increasing NSR shipping, a move deeply resented by the others. Canada and the US too dispute over the Northwest Passage.Most Arctic states regard the Arctic seas as territorial waters and challenge the international right of passage.

International Maritime Organization (IMO), in 2014 approved a “Polar Code” to govern the NSR activity. Effective  since January 2017, the Polar Code aims to safeguard  Arctic by ensuring  enhanced safety and environmental laws through the International Convention for the Safety of Life at SEA (SOLAS) and the International Convention for the Prevention of Pollution from Ships MARPOL). SOLAS lays down design and construction specifications for ships. MARPOL focuses on minimizing pollution to safeguard Arctic environment.

Under MARPOL, Finland, Germany, Iceland, Netherlands, New Zealand, Norway, Sweden, and the United States have demanded an immediate ban on the use of Heavy Fuel Oil(HFO) in ships transiting the Arctic.HFO is a serious pollutant and threatens the fragile Arctic ecosystem. However, Russia and China have yet to agree. 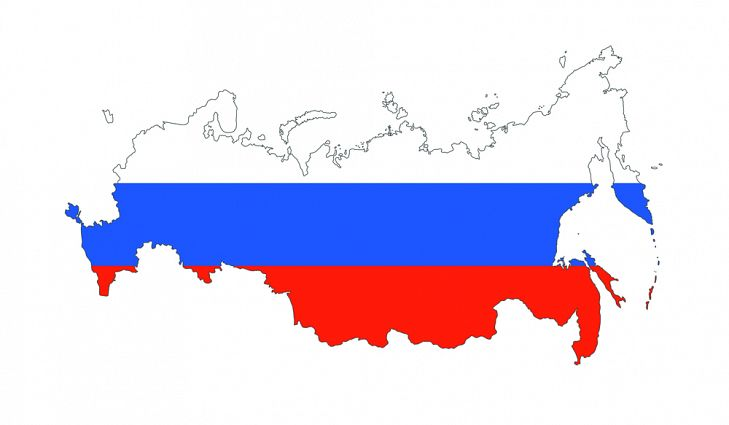 Russia, the largest Arctic nation, capitalized on the thaw early to project power. Russia has reactivated seven Soviet-era bases and built two new ones at Trefoil and Northern Clover. To protect its Arctic assets, Russia has enhanced its air defence and coastal missile systems.

Russia recentlyoperationalised the world’s first floating nuclear power station with the likely aim to use it in future conflicts in this region.

It has also announced a new plan to build/expand Arctic ports and to increase its Icebreaker fleet, the largest in the region.It plans to dramatically increase the use of NSR for shipment of cargo.

The US, it appears, had misread the opportunities the Arctic thaw presented. It has hence been late in maintaining its competitive military edge in the region.Its recent efforts to buy Greenland was a steptorectify this situation.

US is planning to exercise its rights of “Freedom of Navigation”throughNSR. This exercise, like its efforts in the South China Sea, has the potential for conflict in the region. In2018,the US had resurrected its US 2nd Fleet to effectively dominate North Atlantic and the Arctic.

The US views the Sino- Russia cooperation in several projects in the Arctic as a strategic threat.

China has declared itself as a“near-Arctic state”. To mark its presence in the Arctic, a region 2600 kmaway, it has gone into extensive collaborationswith Russia for development of oil and gas resources in the region.

Presently,the Chinese intentions do not point towards military dominance but towards economic activity focusing on energy and resources in the Arctic. Besides Russian gas and minerals of Greenland, it has inked a deal with Iceland to import fish.

China refers to NSR as the “Polar Silk route”. It wants to integrate this route in its “Belt and Road Initiative” and this will witness increased Chinese maritime trade through NSR.

Thawing Arctic has opened economic opportunities which the Arctic Circle nations plus China are hell-bent on exploiting. Thawing Arcticis posing grave environmental challenges to this world, too. It is threatening the lives of the Inuit and the Arctic flora and fauna. The thawing permafrost, unfreezing after millions of years is releasing carbon dioxide in the atmosphere at a rate 20 times more than that the rest of the world is generating.

Thawing permafrost is replacing the frozen Arctic landscape with spongy soil, sinkholes,swamps and peat bogs releasing methane and other poisonous gases. Exposed flora and fauna, unfreezing after millions of years since they perished, also are potential areas for germination of new viruses and bacteria hitherto encountered  by humans and could be harbingers of new diseases and a potential catastrophe, which may threaten the human race.

Rather than jointly understanding the gravity of this unfolding environmental disaster, the Arctic nations are engrossed in exploiting their portion of the Arctic Circle and by encroaching into others, causing friction.

This exploitation is made worse as it is not governed by adequate international laws and the existing ones are not being adhered to. The Arctic Council has a non-binding policy. Its communiqué this year mentioned the need to tackle climate change on war footing to save the Arctic. This was vetoed by the US which doesn’t subscribe to the climate change theory.

The race for resources in the Arctic, inadequately regulated by international laws, and strategic competition between the US and its NATO allies vis-a-vis Russia and China is making the Arctic the new arena for a major global confrontation. The unfolding environmental disaster in the Arctic and the lack of concern amongst the Arctic nations and the world at largeaccentuates the risks imposed by military confrontation not only in this region but with possible ramifications for global peace and security.

The weather-beaten Inuit mutely watches his frozen world with its familiar flora and fauna fast disappearing and being replaced by a green landscape and iron monsters – the tools of human greed to loot his Arctic.