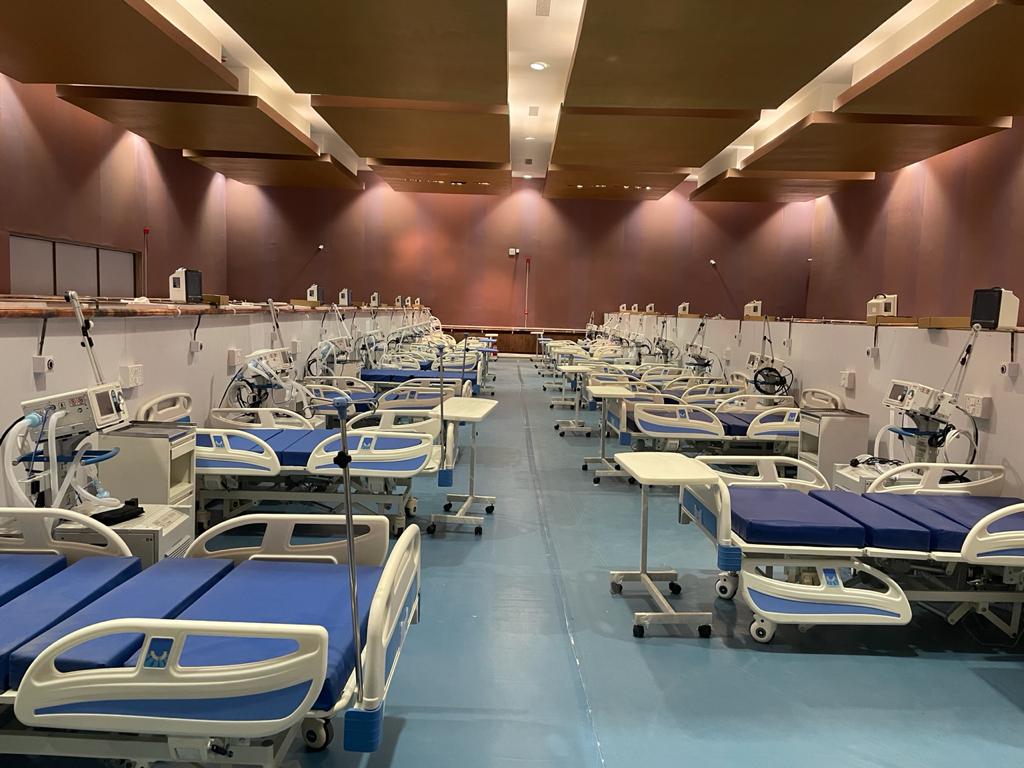 As the COVID-19 situation goes into a tailspin, headed for a chaos in the country, the Ministry of Defence (MoD) has put armed forces into the war mode to deal with the health emergency condition. Defence Minister Rajnath Singh has asked all three services, the Indian Army, Navy and the Air Force along with the DRDO to pitch in. At a high-level meeting convened on 20 April to review the preparedness, Rajnath Singh called upon the armed forces to get in touch with the state governments and provide whatever assistance civil administration requires to deal with the health crisis. The Minister also asked the DPSUs, OFB and DRDO to work on a war footing to provide Oxygen cylinders and extra beds to the civil administration of state governments at the earliest.

According to the Ministry, from setting up COVID hospitals to ramping up Oxygen production and airlifting of medical staff and Oxygen containers to help civil administration, the armed forces, the DRDO and defence public sector undertakings (DPSUs) are working relentlessly to control the tsunami of cases. The second COVID surge is claiming over 2,000 lives every day and recording more than three lakh new cases, clocking the highest one-day tally of infections anywhere in the world since the pandemic began.

The Defence Research and Development Organisation (DRDO) is among the organisations that are at the forefront of fighting the pandemic. It has so far set up or is in the process of setting up state-of-the-art COVID hospitals in six cities across the country. It has set up a 500-bed hospital in collaboration with the Indian Armed Forces in Delhi. DRDO has converted and started an ESIC hospital into a 500-bed COVID facility in Patna. Besides, hospitals with 450 beds in Lucknow and 750 beds in Varanasi are expected to be functional soon. Another 900 beds in Ahmedabad with Gujarat government collaboration will be up by 24 April with 150 ICU beds. A sixth COVID hospital is being readied in Bihar’s Muzaffarpur.

To ramp up the acute shortage of Oxygen supply in the hospitals, the DRDO has transferred Oxygen generation technology to the industry, which has now started providing Oxygen plants to state governments and hospitals. The technology transferred to the industry is based on the ‘On-Board Oxygen Generation Technology’ developed for the Tejas Light Combat Aircraft (LCA). The Oxygen generation plants can produce 1,000 litres of Oxygen per minute. The Uttar Pradesh government has ordered five such plants. “More plants can be supplied by the industry to cater to the hospital requirements pan-India,” informed Dr N K Arya, the Spokesperson of DRDO.

Technology developed by the DRDO for a supplemental Oxygen delivery system, SpO2 (blood Oxygen saturation) for soldiers posted in extreme high-altitude areas has also been transferred to the industry and will soon be available in the market for use by COVID patients.
The DPSUs are also making arrangements to buy Oxygen plants for the production and supply of Oxygen cylinders at a rapid pace to deal with the Oxygen crisis. A COVID care centre established by Hindustan Aeronautics Limited (HAL) is active in Bengaluru assisting the civil administration.

The Indian Air Force has deployed its aircraft for airlifting medical personnel, Oxygen containers, Oxygen cylinders, trolleys and essential medicines. “Doctors and nursing staff were airlifted from Kochi, Mumbai, Vizag and Bengaluru for setting up the DRDO COVID hospital at Delhi. Oxygen containers of the DRDO have also been airlifted from Bengaluru for COVID centres in Delhi,” informed Wing Commander Ashish Moghe, Spokesperson of the Indian Air Force. 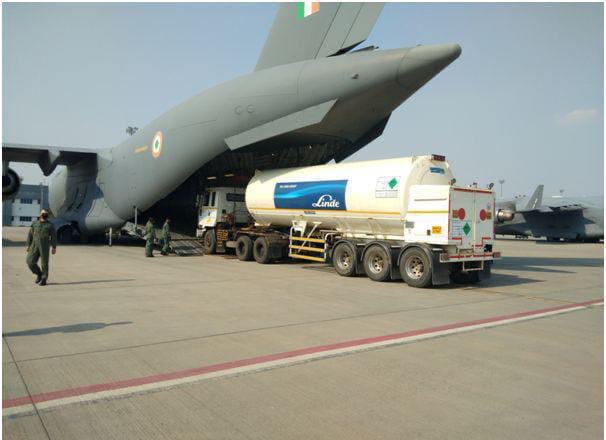 Elaborating on the IAF’s COVID initiatives, the official said that the Air Force has airlifted COVID testing arrangements to Leh. Two C-17 aircrafts airlifted two empty Linde Cryogenic Oxygen Containers while an IL-76 airlifted one empty Inox Container from Air Force station Hindan to Panagarh in West Bengal where these will be filled up and supplied to different centres for COVID relief. Similar airlift tasks are underway across the country.

The Armed Forces Medical Services (AFMS) has mobilised its manpower and other resources in various military hospitals dealing with COVID patients. To augment the manpower, services of vaccinated retired armed forces personnel are being deployed to assist the civil administration/state governments to deal with the current situation.

Military hospitals are over-burdened and packed with the ever-growing COVID-19 patients across the country. To cater to the hospitalisation needs of serving personnel and veterans, the Base Hospital in Delhi cantonment is being converted into a 1000 bed COVID facility from its present 350-bed capacity now. According to Army sources the hospital is in the process of expanding its Oxygen capacity and 23 mobile Oxygen generation plants are being airlifted from Germany for the purpose. These plants will be deployed to provide Oxygen to patients. The official added that a large number of Oxygen concentrators are also being procured.

The Indian Navy has stepped up its efforts to deal with the second wave of COVID surge by identifying its spare capacity to help the civilian administration by deploying naval medical personnel in several civilian hospitals across the country. Navy ships and assets remain on standby to supply essentials like medicines and Oxygen to islands territories. Last year, amid the first wave, Navy establishments provided quarantine facilities. The Navy, under its Mission Sagar, also sent medicines, food, and other essential supplies to over 10 countries in the Indian Ocean Region, Africa, and ASEAN to deal with the COVID-19 crisis.

In a significant decision, the Defence Minister has directed the Armed Forces and other stakeholders to go ahead with the procurement of critical medical requirements under emergency powers of procurement.