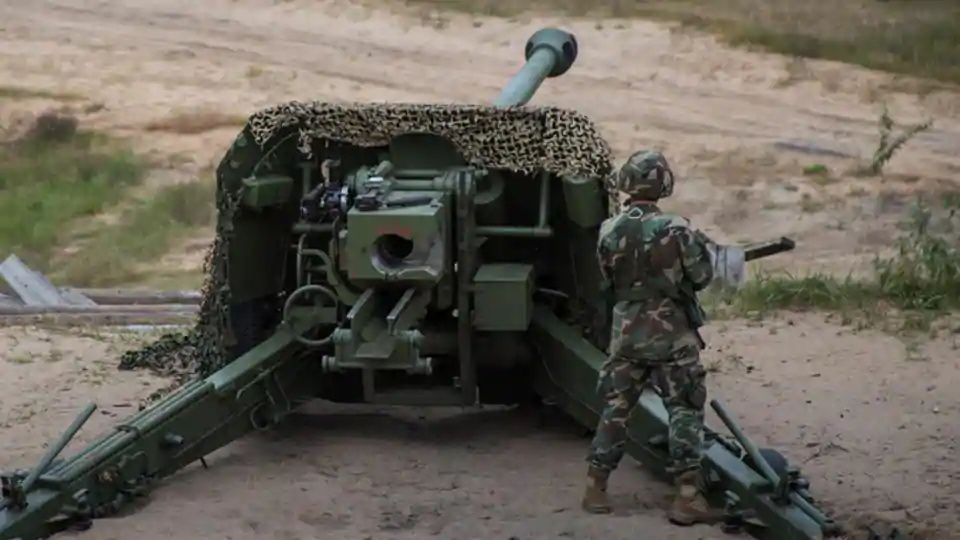 Off late, Artillery indigenisation has been at the lead when viewed in the context of indigenisation of the Indian armed forces’ inventory. This status is undoubtedly a result of the coalesced efforts of the army and our research establishments, aided by a very substantial role played by our private sector.
The Advanced Towed Artillery Gun System (ATAGS) is an example of what DRDO labs and user directorates can produce if they work in sync. It has the potential to take to the field as one of the best guns that armies would like to field in future battlefields.

The Defence Acquisition Council’s (DAC) approval for 150 pieces of ATAGS, marks the beginning of a new era in Indian Artillery’s long overdue modernization. These numbers can arm seven regiments of artillery with a state of the art equipment as early as 2020. It’s indeed a significant milestone of Indian artillery’s modernization, delivering unprecedented combat power for impacting the battlefields on its sensitive borders.

This is perhaps the first ever acknowledgement of success of a major weapon system for the Indian Army, DRDO, MOD, along with two leading defence developers and the user. The system scripted its fast track success from its conception in 2013, indigenous design, development and its first set of rigorous trials on 17 September 2017. The nation was proud on the day it achieved an unparalleled range of 48km,all within a record timeline of less than four years.

ATAGS’ new threshold in terms of its superior technology and performance parameters will give the user a capability in impacting strategic and tactical battle situations far in excess of its conventional counterparts among the towed Guns, by its significantly enhanced capabilities.The system’s advantages hinge on enhanced range of 45 km on base bleed ammunition and 35 km on BT ammunition, a rate of fire of five rounds in 30 seconds compared to three rounds, accuracy of 0.6% as compared to over 1%, addition of an electric drive to replace the erstwhile hydraulic drive, and self-propelled speeds of 18 km giving this system a phenomenal edge over other towed guns.

While traditionally, weight has never been a criterion for development of new guns, the weight parameters in Preliminary Specifications Qualitative Requirements (PSQR) appear out of sync with the performance Qualitative Requirement of 45 km range, higher consistency, accuracy and rates of fire, and a self-propelled capability of 18 km/hr. The review of the PSQR of this system presently underway is likely to address this aspect appropriately. The gun is likely to complete user assisted technical trials followed by user trials in a span of 6 to 8 months.

If “Make in India” be the road ahead for self-reliance, the Artillery is prosecuting an extremely balanced strategy that is in tune with the times.With Dhanush 155mm/39 calibre and Dhanush 155 mm/45 calibre well on track, K9 Vajra-T and the Ultra-Light Howitzer M777 set for induction into the Army with superior technologies albeit from foreign vendors, indigenisation of artillery equipment is well on the way. For the K9 and ULH M777, however, OEMs would exercise control over sensitive systems and technologies for contracted periods to varying levels, not only during assembling of imported kits but subsequent manufacturing in India also.

Given the leaps made by DRDO,the OFB, their integration with the user and the defence manufacturers, the MOD is in a commanding position to preempt any regressive step by making the Indian Artillery dependent on imported systems/sub systems, expensive life cycle maintenance and technology that may never be transferred in totality by the OEM.

The real challenge for the MOD and the User Directorate is the choice in decision-making;whether to opt for a new, technologically capable gun system with a phenomenal performance record beyond its specified parameters now, when the operational needs of the Indian armed forces are critical; or tofirst fix these requirements with a time delay of nearly six to seven years that the new cycle of user trials after it meets its given PSQR will lead to.

Challenges on India’s borders have escalated over the years and the situation is escalating towards the probability of potential conflict like situations. India’s military modernization on the other hand has been sluggish and steeped in a quagmire of competitions, scams and legal issues leading to situations calling for cancellation of processes and restarts. Any tampering of the modernization pace and priorities set out in the revived programme will scuttle the schedule drastically, apart from being hounded by agencies that prefer the Buy and Make option over indigenous production, despite creation of a colossal capacity in this direction.

ATAGS can truly address the challenges of the northern and eastern borders with challenging mountainous terrain that need longer ranges due to less developed infrastructure in these forward areas, speed of deployment and engagement, and high accuracy and rates of fire.The dynamic pace of indigenisation and trials of modern gun systems led by the Artillery Directorate in sync with DRDO, OFB and developers has compressed traditional timelines and processes by interactive integration and synergy at every stage.

With The Chief of Army Staff and the MOD having endorsed this programme as a modernization priority, and the Raksha Mantri, Rashtriya Raksha  Mantri and COAS present at the firing demonstration and induction ceremony of ATAGS at the School of Artillery, Devlalion 9November this year, the system is eventually expected to emerge as the Advanced Artillery system not just for the Indian Artillery, but a global system for the future.

If the dynamics of “Make in India” have set out to blaze a new trail towards self-reliance, the ATAGS is the flagship of true indigenous modernisation. The ATAGS can be inducted as ATAGS Mark 1, while further developments can evolve in keeping with the PSQR. Given the modern infrastructure with manufacturers like Bharat Forge and TATA SED, the first batch of ATAGS for induction may well be rolling out in early 2020 giving India’s frontline forces the quantum jump they need for Doklams ofthe future.

Lt Gen A S Lamba PVSM, AVSM, retired as Vice Chief of Army Staff, Indian Army, with comprehensive experience in and understanding of the external and internal security environment, Perspective Planning, Force Transformation and Strategic Postulations. His operational experience includes participation in the 1971 conflict, multiple tenures in counter-insurgency operations, command of a strike corps and a front line division.