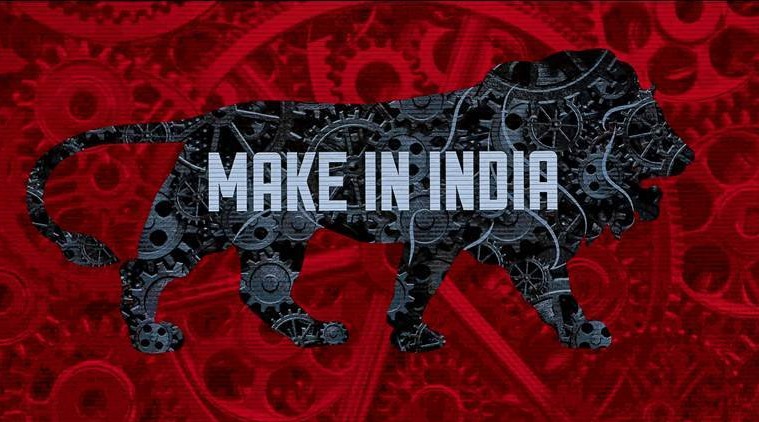 “Baahubali 1”: The Beginning of Truly Indian Armaments for Indian Arms

In the third and concluding article on the subject of self-reliance in ordnance requirements, the author makes some important observations and recommendations. With the Strategic Partnership (SP) model not yet decided upon by the government, the author bats for inclusion of MSMEs in the rungs of SPs. His emphasis is on developing the capabilities in both design and development to ultimately transit beyond Make in India to Made in India status.

“BAAHUBALI 1”: THE BEGINNING OF  TRULY INDIAN ARMAMENTS FOR INDIAN ARMS

Part of this article’s title merely reflects the current popularity of a clash of arms thanks to Bollywood. However, should we not purposefully, pragmatically and prudently embark on indigenously enhancing the “bal” (strength) of our “baahu” (arms)? If we do not, it is possible that the outcomes of clashes of arms may not necessarily be in our favour. That would be bad news that could be significantly prevented by Indianisation of ordnance. A semantic distinction (also implied in the Defence Procurement Procedure (DPP) as Make Indian Indigenously Designed,

Developed and Manufactured) can be introduced here. When IDDM becomes part of the defence hardware production environment over a period, the subsequent products could genuinely be called Indian DDM instead of Indigenous DDM. That would be the essence of what this writer calls the required shift from Make in India to Made in India. This is the transformation that occurred in Imperial Japan, Communist China and even in 19th century US and Tsarist Russia. (Note: Ordnance is used here to denote every category of ammunition including all Precision Guided Munition (PGM) and guided munitions, except missiles meant for strategic nuclear deterrence.)

Lack of Blast from the Past

Our past experience of conflicts may not provide the templates for the intense (very likely) and short (questionable) conflicts that many in India assume would automatically be the case. Made in India ordnance, in short, provides us the vital fuel for waging intense wars/ preventing intense wars and fighting prolonged wars, should that be the case. How do we future-proof ourselves?

It may be fair to say that Indian armed forces have not always given the centrality to ordnance R & D, quantitative – qualitative analyses, or the vital need for making ordnance in India. Fortunately, of late there has been some serious movement taking place in some areas.

Thinking Differently of the “Public Sector” and Embracing the Private Sector

One way of looking at the armed forces or the government itself is to see them as part of the “public sector.” Likewise, R&D required to keep ordnance capable in present circumstances and viable under future war-fighting environments requires a large body of research personnel, sustained funding of the “public sector” DRDO and other non- MoD research facilities and academic institutions. As in most countries, the “public sector” continues to be the major source for funding R&D for itself,  for the private sector and for universities whether government or private. 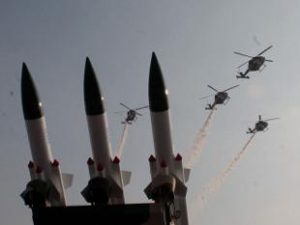 Much of the fundamental and a sizeable portion of applied research required for ordnance development would best be done by this “public sector”. In this, the Services themselves ought to play a much more central and sustained role. Our Services have not been particularly good at this. The involvement with R&D organisations is shallower and narrower than we would like to believe. It is sporadic instead of being sustained. However, weapon development within India is at best periodically reviewed and monitored rather than actively participated in. The Navy has done better than others in this. The Directorate of Staff  Requirements (DSR ), responsible for drawing up SRs institutionally does a better job of monitoring, often even encouraging DRDO labs developing hardware for the India Navy (IN). But it cannot be said to be an embedded participant in the way that the US Navy or the Israeli forces are in their own systems. The IN deserves kudos for making available platforms, exercise areas, support facilities for sensor and weapon trials in more autonomous and helpful ways than has the Army for the public as well as private sectors. (The private sector’s observations at the difficulties earlier faced for artillery guns, vehicles, ammunition trials are examples of this.)

From Monitoring to “Marriage”

It is hoped that the Make Project Management Unit (MPMU) stipulations of DPP 2016 will qualitatively improve the involvement of the Services in Design & Development instead of merely improved monitoring. Ordnance, perhaps even more than platforms and equipment that launch/ fire munitions, requires a “marriage” between the Services and the manufacturer. The term “vendor” does little justice to the long-term (i.e., Strategic) partnership that is needed. A good example of “MPMU” is the decades-old relationship between the US Navy and Lockheed that originated in the combined development of the Polaris missile from late 1950s. Their “marriage” is into its sixth decade. The details of the relationship, the safeguards for all sides are of great interest, but cannot be gone into here. But, it is a great model that can and will also work for us. The issues that vex the Strategic Partnership chapter of the DPP, are addressed in many ways in the USN-Lockheed partnership. Sensitive areas of ordnance DDM cannot survive the “infidelity” of changing partners! 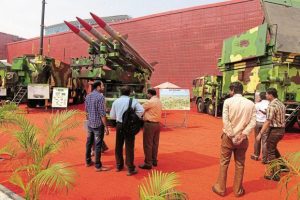 It is in the private sector, especially in our context, that the vitality, focus on cost-cutting, even profit- motivation and urge to survive, need leveraging for future readiness. The DPP 2016 is helpful, but perhaps has not adequately elaborated the different needs of weapon IDDM as opposed to platform level issues. Unless the many Ordnance/ Ammunition Factories reinvent themselves as agile, product-driven, forward-looking partners of the Services, it is unlikely that they would grow beyond manufacturing the lower (but also important) spectrum of earlier-era armament.  Aspects that need ironing out for ordnance IDDM are summarised as follows:

Human Capital. The technicalisation levels and technical competence (as opposed to mere awareness) of a vast proportion of officers in many armed forces, including in Russia, China and Israel is much higher than in India. There is also greater comfort with the notion that technical competence enhances, not degrades tactical virtues or militates against knowledge of humanities and the art of war. We are making changes, yet misgivings abound, usually based on “wrong but wromantic” perspectives. Developing human capital as a vital ingredient is quite well illustrated in Yaakov Katz’s recent book, “The Weapon Wizards: How Israel Became a High-Tech military Superpower”. Similarly, human capital in large and small companies, in academia and in laboratories has to integrate and pull together. There is no room for relegating national interest to safeguarding turf or narrow considerations.

Leveraging Jointness.  Examples (now fortunately on a gradual decline) of turf-sensitivities of individual Services to keep acquisitions shielded from the benefits of jointness, coordinated R&D or amalgamated logistics and maintenance abound in India. However, amends can be specially made for ordnance. In essence, propellants, explosive charge materials, fuzes, control and guidance systems have more in common than not. Cross-service and cross-discipline use of test ranges, telemetry, platforms etc. are other aspects for improved jointness not only among services but between companies, DRDO, ISRO etc. These overlaps could only increase in coming decades. Hence, greater willingness among Services and agencies to coordinate and cooperate is more necessary than ever before. Likewise, HQ IDS also would need to develop much more competence in playing its role in these matters. We have a long way to go.

It is not enough to see this title as merely a management mantra. The history of ordnance development shows that it is a continuum with occasional disruptive inputs. It is littered with failures on the road to success.  Generally this is appreciated, but not  enough. Our awareness of the history of ordnance (or aircraft, missile and spacecraft) development is not   widespread. Just as there have been failures in the Indian “public sector” from time to time, there could be failures in the “private sectors” as well. As an importer of ordnance of embarrassingly long-standing, we have not necessarily been witness to the upsets in the DDM processes of others. Why would a foreign OEM or government share this information?

Two related aspects must be mentioned here. Firstly, sections of the media are at times quite fast off the blocks to highlight any failures of weapons under indigenous R&D but have treated failures and shortcomings of some imported systems with kid gloves. On the other hand, with greater participation by the services in IDDM, there could be fewer setbacks and quicker rectification. There is evidence internationally for this. 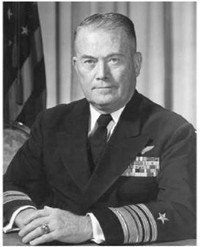 “Polaris is My Religion” & India First

Prime Minister Modi has often said that “India First” is the government’s religion and the Constitution is our holy book. Analogically, in the case of ordnance, an example from “American-IDDM” may be worthwhile. We could  conclude by quoting Rear Admiral William Raborn. As Polaris program manager, he said, “Our religion was to build Polaris”. The standard procedure he set for all time in the Lockheed – USN marriage was governed by a placard in his office, “Tell the truth, only the truth, tell it quickly, and do what’s right for the program.” (reference Graham Spinardi’s book, “From Polaris to Trident…”)

It may be time to get “religious” about IDDM in ordnance for Baahubali, the Beginning.