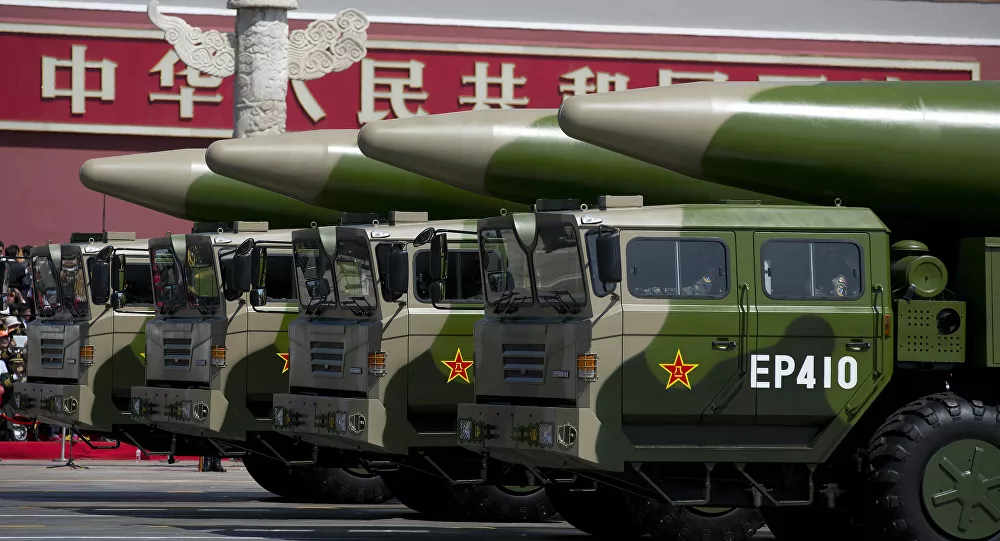 The day before, the US Defence Department issued a report suggesting that China is pursuing a ‘nuclear triad’ by developing land, sea, and air-based nuclear weapons systems.

The Chinese Foreign Ministry rejected on Wednesday the recent report by the US Defence Department that Beijing was expected to double the number of its nuclear warheads.

The ministry’s spokeswoman, Hua Chunying, stated that the report is filled with bias.

The Tuesday report suggested that China is moving its strategic nuclear arsenal to a more rapid launch footing. Read More…