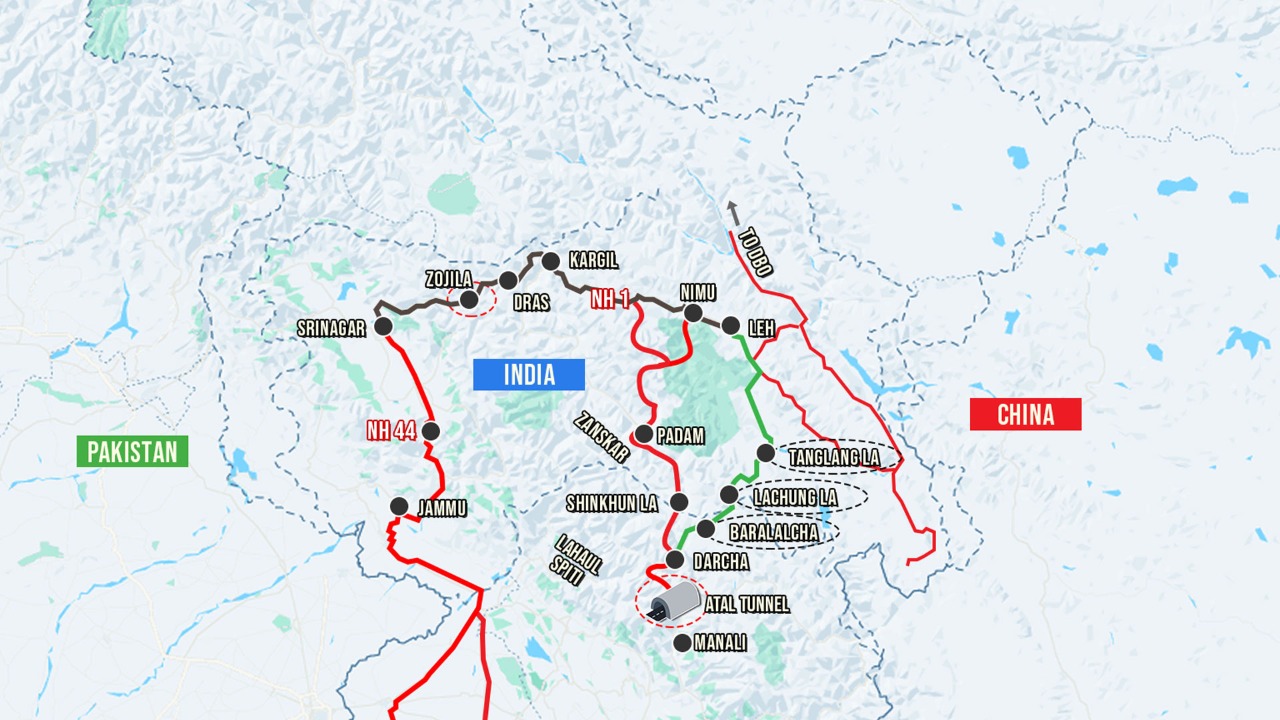 On 26 July 2020, as the nation commemorated Kargil Vijay Diwas two decades after the Kargil conflict, a seminal moment quietly passed into history as the Border Roads Organisation (BRO) achieved direct connectivity between Padum in the Zanskar region and Leh via Wanla. Zanskar had earlier been connected by BRO to Himachal Pradesh through the mighty Shinkun La pass on 10 September 2019. In this manner, a third and potentially the most secure axis to Ladakh was brought to fruition after years of toil, with remarkable progress made in the last two years. 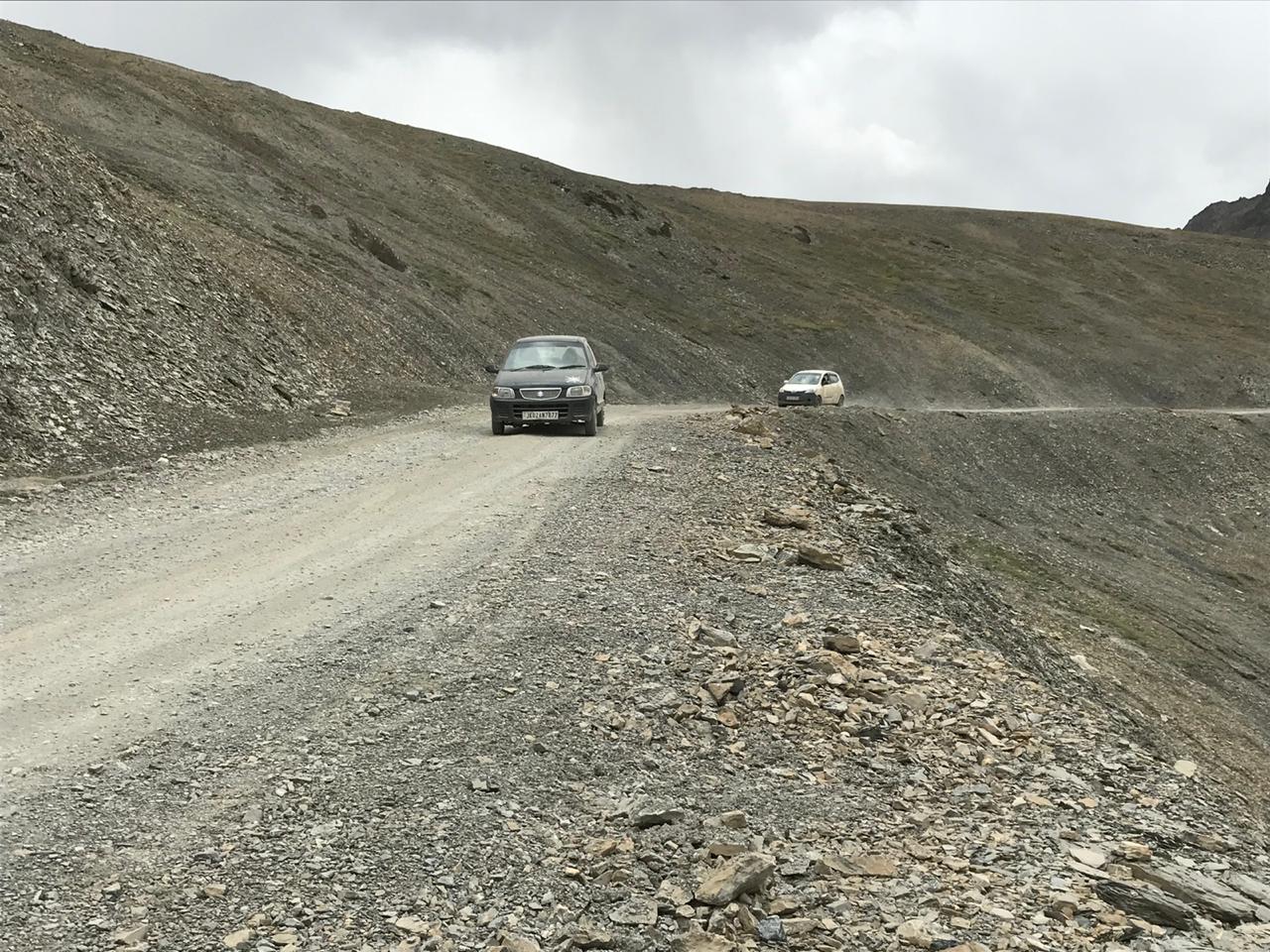 The approaches to Leh via Zojila pass in the West and Rohtang pass in the East have so far been the tenuous lifelines connecting the northernmost parts of India with the mainland. Both spectacular roads constructed and maintained by BRO remain closed for a substantial part of the year owing to heavy snowfall and extreme weather conditions. The Zojila axis connects the region to the rest of India via the restive Kashmir valley and passes through Dras, the second coldest inhabited place in the world. Situated on the Greater Himalayan range, the pass itself experiences heavy precipitation and remains closed for up to five months in the winter. While a tunnel planned across the pass, its construction will take a few more years. Since the road passes close to the Line of Control with Pakistan, it is also vulnerable to disruption and the same was attempted by our adversary in 1999.

The Manali-Rohtang axis, on the other hand, passes through five high altitude passes with heights ranging from 13500 to 17500 feet which remain impassable for over six months every year. While work on the Atal tunnel over the Rohtang Pass expedited by BRO and is likely to be commissioned soon, the road will still not provide all-weather connectivity to Ladakh. 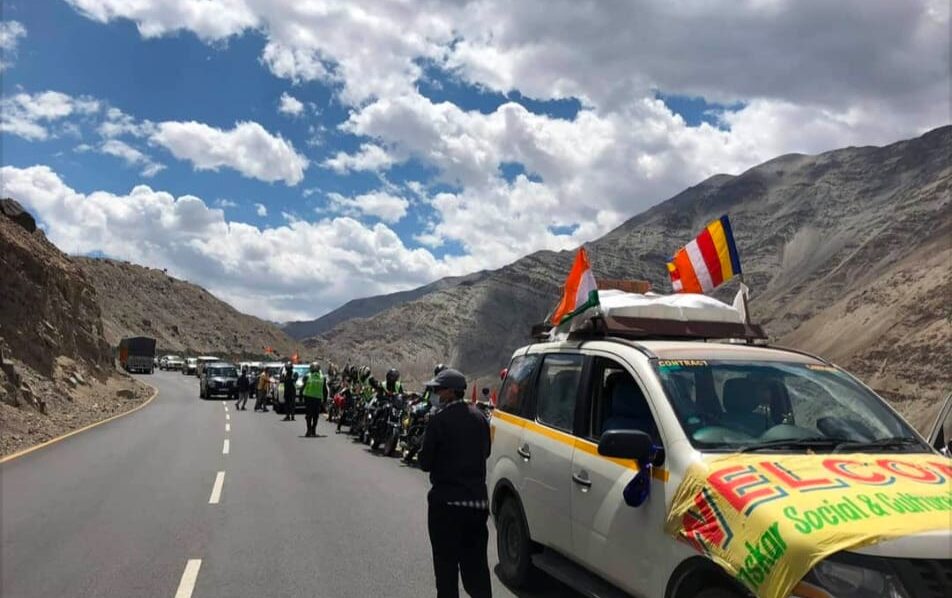 In this context and given the geo-political environment dictated by our relations with our Western and Northern neighbours, the opening up of an alternate axis gains even greater significance and is a timely achievement. The 297 km road from Nimmu which is 35 km from Leh to Darcha in Himachal via the pristine Zanskar valley was conceptualised in the years after the Kargil conflict and work on it started in 2002. However, owing to the remoteness and harsh terrain the progress was slow. In recognition of the importance of the road, the Border Roads had placed renewed emphasis and made a determined effort over the last eighteen months thus making remarkable progress which has resulted in the connectivity being established. 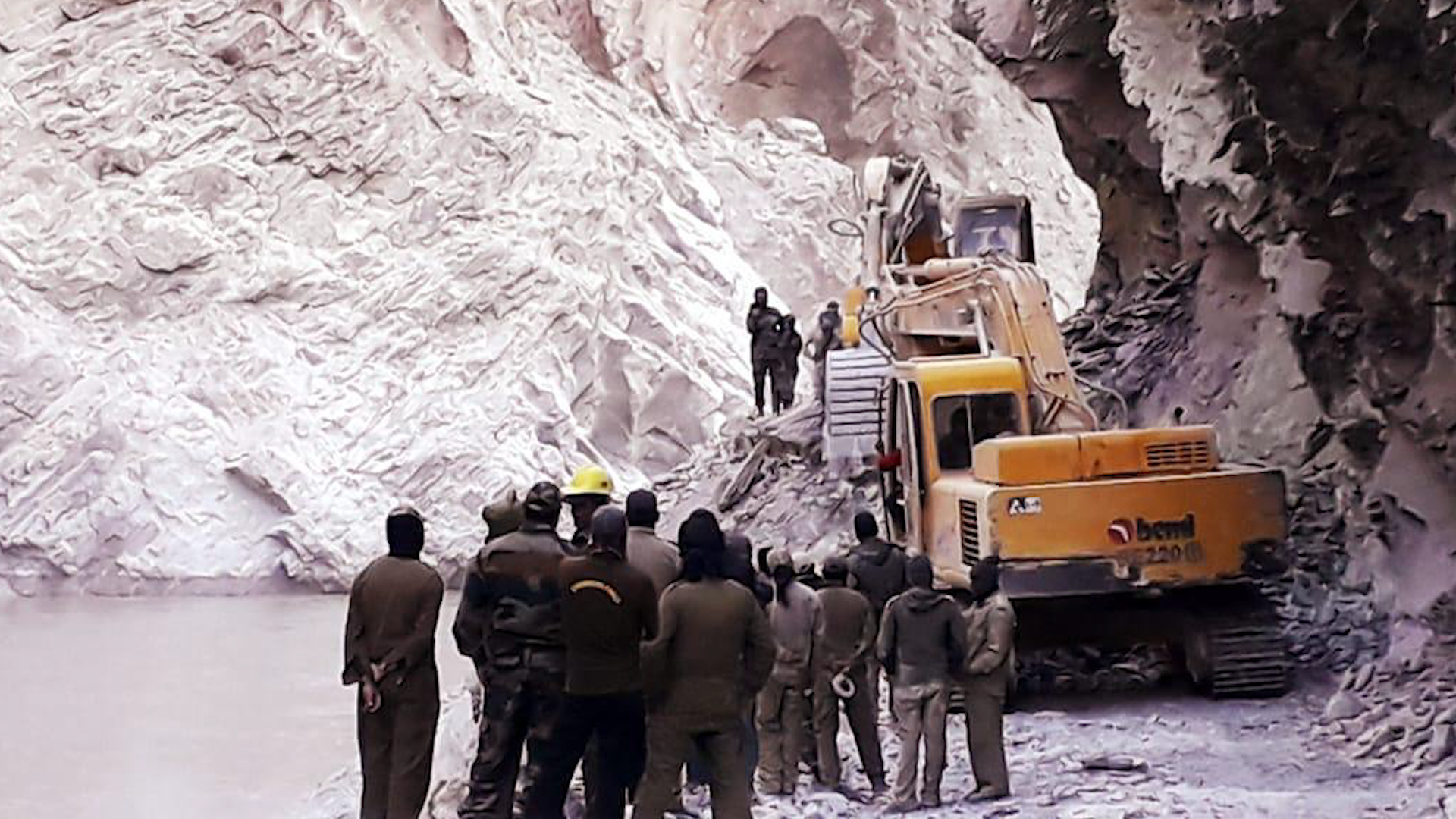 Over the past two working seasons connecting the Zanskar region over the formidable Shinkun La to Manali in Himachal Pradesh and the cutting of 11 km of the toughest vertical hard rock portion from Kilima to Niraq along the narrow and imposing Zanskar gorge, chiselling out a path through this so far unconquered terrain is a victory of the human spirit and a testimony to the grit, determination and technical proficiency of the officers and men of the BRO.

The drive undertaken in the last two years to introduce new technology and induct the latest machinery has also paid rich dividends and instilled great confidence in the rank and file of BRO. The precious experience gained in the construction of the Atal tunnel will also hold BRO in good stead as they gear up to take on the construction of the tunnel across Shinkun La. The organisation is now extremely confident that in the next three working seasons it would connect the 30 km stretch from Niraq to Chilling and develop the road complete in all aspects to National Highway Double Lane specifications by 2024. 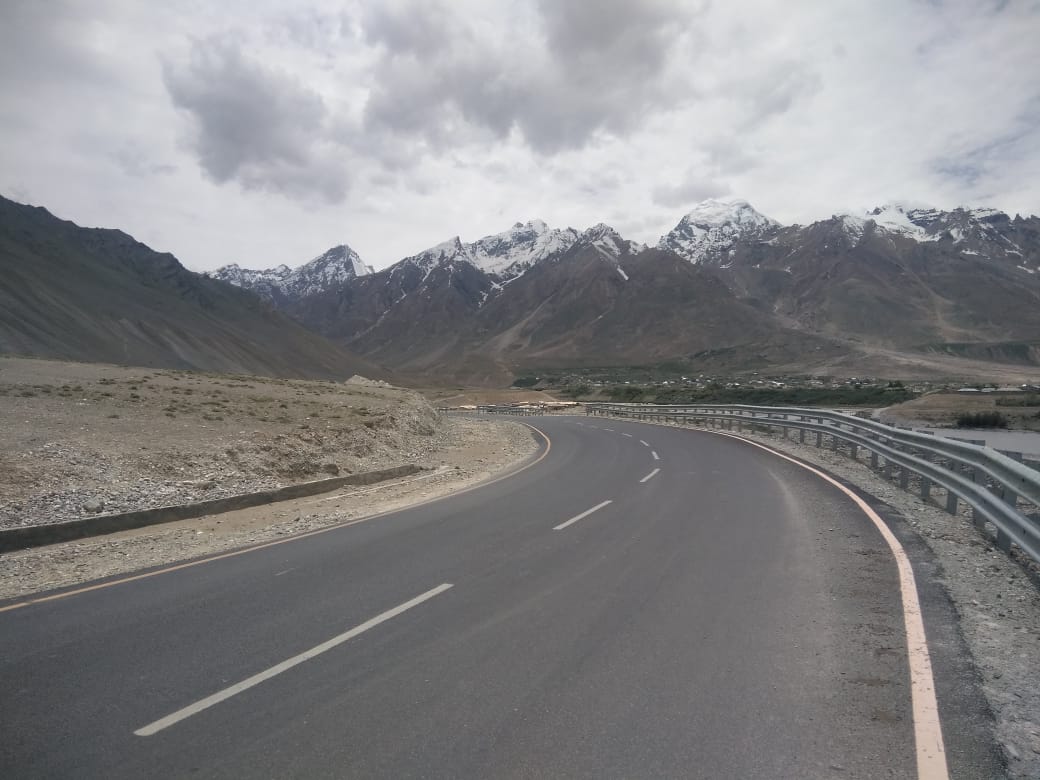 The excellent progress made in this short period and the feat of connecting the road is remarkable for many reasons and brings along many advantages. While at present only interim connectivity has been achieved and limited traffic permitted to ply on the road, in case of a conflict, movement of sustained traffic will be possible. It is a boost for the security forces deployed in the Kargil, Siachen and Eastern Ladakh regions.

The road will further integrate the patriotic Ladakhis with the country. It will also act as a harbinger of modernity and economic prosperity to the beautiful Zanskar region which so far was connected to Leh only via a long-winded and challenging road through Kargil. The journey of a Zanskari to Leh has been cut down by as much as two-thirds, as a result. An influx of tourists is also expected to provide a boost to the local economy. The road will also act as an enabler for other development projects such as the ambitious Solar farm planned near Padum. Once the tunnel planned at Shinkun La is completed, the road will also provide the first all-weather surface connectivity to Ladakh. 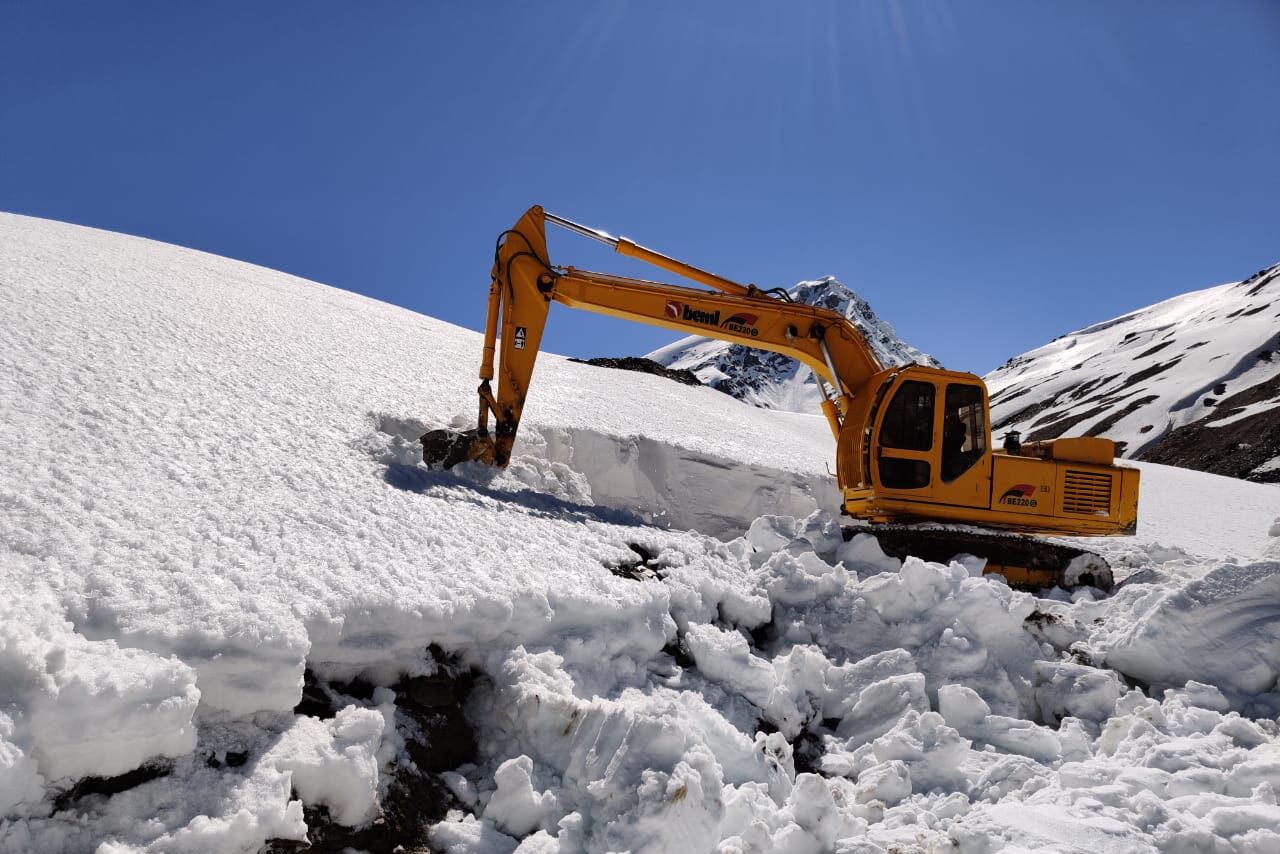 The furious and fervent efforts made by BRO over the past two years has borne fruit in the form of this landmark achievement. Work still needs to be pursued with vigour to complete the road in all aspects, however with the interim connectivity having been established what once seemed insurmountable now seems within reach and that would spur on the brave and tough men deployed on the sheer cliffs to drive on with even greater determination.