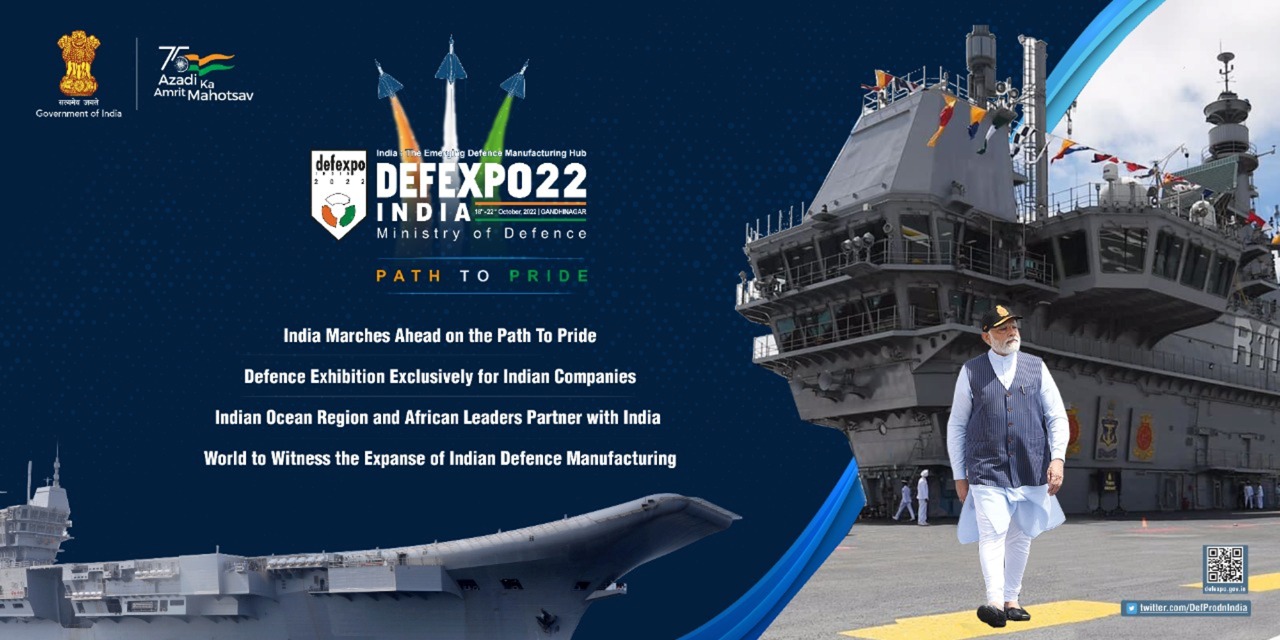 “By India, For India” Boeing’s Commitment at DefExpo 2022

Boeing [NYSE: BA] will feature its range of advanced defense capabilities at DefExpo 2022 and highlight the company’s commitment to India’s Aatmanirbhar Bharat vision, having recently announced a potential economic impact of $3.6 billion over 10 years to the Indian economy with the F/A-18 Super Hornet as India’s carrier-based fighter and continued investments in manufacturing, engineering & technology transfer, sustainment, training and skilling and infrastructure. The economic impact would be over and above Boeing’s current offset obligations and plans in the country.

Boeing India’s exhibit at with the theme “By India, For India” will highlight strategic investments the company has made in India’s aerospace and defense ecosystem to build services local infrastructure, capabilities, workforce development and partnerships, while harnessing the strength of Indian talent and its large and growing network of more than 300 supplier partners.

“India’s defence sector is poised for growth and offers significant opportunities for Boeing with our proven portfolio of products and services, offering unmatched operational capabilities to India’s defence forces across the entire mission spectrum and through their product lifecycle,” said Salil Gupte, president, Boeing India. “Boeing is committed to supporting and enabling this progress with a vision to be to bring the best of Boeing to India and take the best of India to the world.”

At DefExpo, Boeing will highlight existing defense programs with the Indian Navy and Indian Air Force such as the C-17, P-8I, AH-64E Apache, and CH-47F Chinook, and outline sustainment, training and performance-based logistics solutions for India’s armed forces to support the lifecycle of their fleets and increase mission readiness. Also showcased at the show will be advanced capabilities of the F/A-18 Super Hornet Block III and F-15EX.

“Boeing continues to partner closely with customers and local industry to support the defense modernization of India’s armed forces,” said Alain Garcia, vice president, Boeing Defense, Space & Security in India. “With our keen focus on sustaining, training, localization and partnerships, we are committed to support India’s existing and future defense requirements. We look forward to being at DefExpo and advancing those discussions.”

Boeing will showcase the advanced multi-role capabilities of the F/A-18 Super Hornet Block III as the best choice to meet the Indian Navy’s carrier-borne fighter jet requirement and highlight the industrialization benefits of Boeing’s offer. Visitors will be able to fly the Boeing F/A-18 Super Hornet Block III on a simulator and learn more about its ability to conduct a wide range of missions, carrier-based aviation, and superior capabilities.