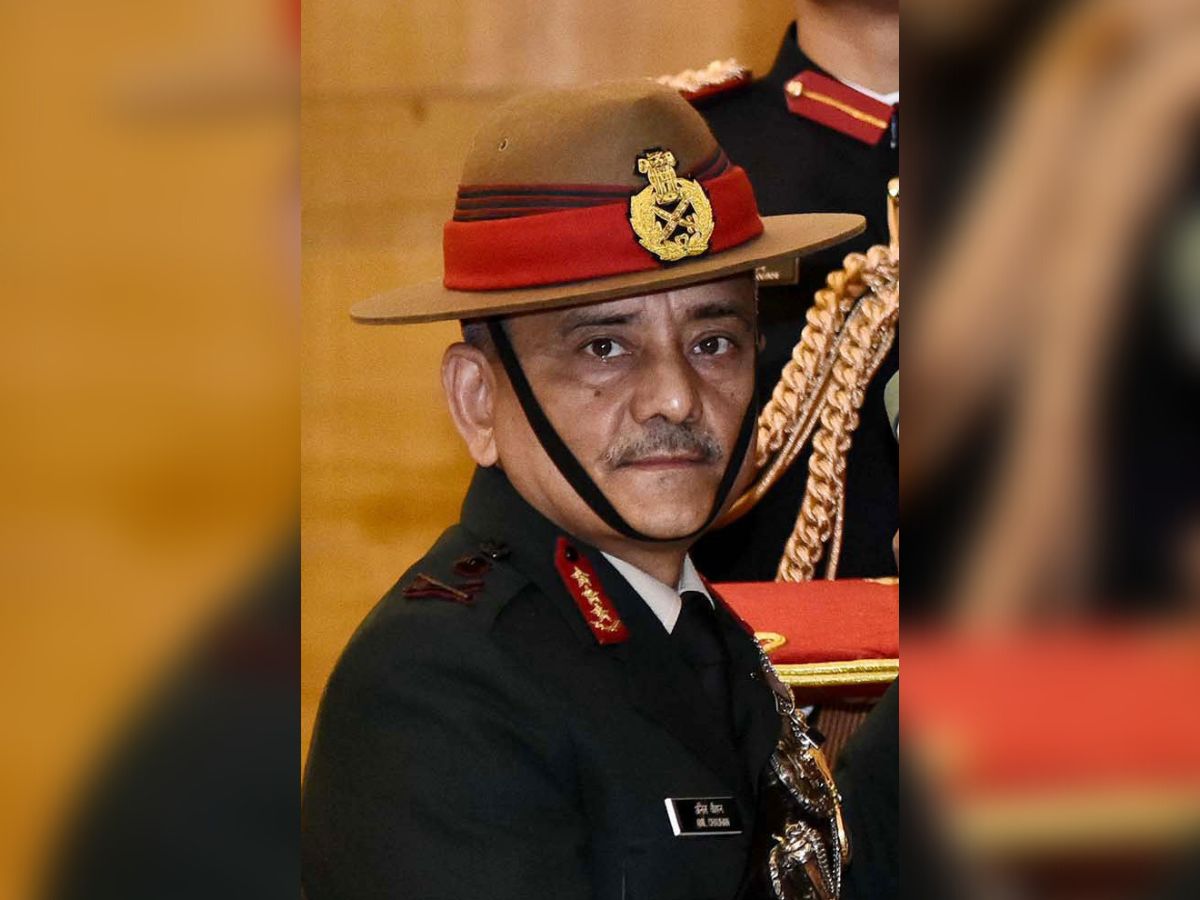 CDS’ Remit Too Vast For Comfort

A CDS has been appointed after a rather long hiatus. He continues with the same mandate as his predecessor’s, which raises the old issue of too wide an area of responsibilities disallowing focus on the core objective of theaterisation. Other responsibilities have been placed on his shoulders without the necessary staff support. The article analyses some of the more glaring issues.

General Anil Chauhan was appointed as the second Chief of Defence Staff (CDS) on 30th September, several months after his predecessor General Bipin Rawat tragically died in a helicopter crash last December. One of the many speculations doing the rounds during the interregnum was that the government was taking the time off to redefine the CDS’ remit with greater precision, especially in relation to his operational -in contradistinction to the advisory- role before filling the post.

Looking back there was no basis for this speculation. The government has made no changes in the role and functions of the CDS which means that General Chauhan will continue to be responsible for all the eleven functions listed in the official Press Release of February 2022, issued shortly after General Rawat’s appointment as the CDS on 1 January 2020.

To put it succinctly, apart from being the Secretary of the Department of Military Affairs (DMA), General Chauhan will also be the Principal Military Advisor to the Defence Minister on all tri-services matters, act as the Permanent Chief of the Chiefs of Staff Committee, administer all the tri-services organisations including Andaman & Nicobar Command, and render military advice to the Nuclear Command Authority.

On the face of it, this appears to be a reasonably manageable remit but just one close look at its fine print indicates that it isn’t. The responsibilities assigned to the CDS are too expansive and complex to be handled by one person, and that too without an appropriate support system. As a matter of fact, some of the functions he will be called upon to perform sit oddly with the major responsibilities assigned to him.

It is of utmost importance – in the next few years at any rate – that the CDS has adequate time to devote to restructuring the armed forces, which is widely seen as the topmost priority of the present government. Reshaping the 17 existing commands -seven each of the Indian Army and Air Force and three of the Indian Navy- into three or four theatre commands will place a heavy demand on the CDS’ wisdom, time, energy, and resources.

Simultaneously, he will also have to stabilise the functioning of tri-service organisations like the Defence Space Agency, Defence Cyber Agency, Special Operations Group, and the Joint Logistics Nodes. Set up in recent years, these are still at a nascent stage of their development.

Several thorny issues concerning various aspects of theaterisation have remained unresolved for the past two decades. The Indian Air Force’s decades-old ‘reservation’ about ‘certain aspects of structures proposed to be created under the tri-services integration plan’, reiterated by Air Chief Marshal VR Chaudhari on  4th October at a press conference four days ahead of the Air Force Day, is as good an indication as any of the challenges that lie ahead for the CDS. Several other seemingly intractable issues -the need for a third aircraft carrier, for example- can be added to the list of chronic thorny issues.

The departmental heads are so overwhelmed by the daily routine of their assignment -disposing of paperwork, chairing countless meetings, ‘advising’ the minister on sundry issues, when not delivering keynote addresses at various events- that they are left with very little quality time for sustained brainstorming on policy issues with a cross-section of people. Given these constraints, such interactions are normally confined to the department’s own echo chamber. No wonder then, that many policy decisions are taken without the blueprint for their execution being in place or without thinking through their consequences.

Being responsible for concurrently performing several secretarial, advisory, and ideational roles, it will take some doing for the CDS to do justice to each of them. A parallel can be drawn with the Secretary, Department of Defence Research & Development, who also functioned as the Chairman of the Defence Research and Development Organisation and the Defence Minister’s Scientific Advisor in the past. The government was constantly pilloried by the defence analysts for this unwieldy arrangement till it yielded and separated the post of the scientific advisor from the other two executive functions.

The Vastness of the CDS’ remit is worrisome, not least because he will also have to pay immediate attention to some critical issues, such as managing the fallouts of the Agnipath scheme introduced earlier this year without thinking through its ramifications. There are numerous legacy issues related to pay, pensions and promotion, as well as optimal utilisation of infrastructure through jointness among the services, which too need immediate attention.

This whole business of reorganisation of the armed forces and dealing with the legacy issues that need immediate attention is going to be a full-time job by itself, leaving little time for the CDS to attend to some other responsibilities cast upon him. At least two such additional responsibilities also seem at odds with authority vested in the CDS and the institutional support available to him.

First, one of the responsibilities given to the DMA is to promote the use of indigenous equipment by the Services. As the Secretary of the department, it becomes the responsibility of the CDS. However, it is arguable if this responsibility rightfully belongs to him! Being the custodian of the military’s interest, his prime responsibility is to ensure that the armed forces are equipped with the best available capabilities irrespective of where these can be sourced from, leaving it to the grossly underworked Department of Defence Production (DDP) to encourage the Indian industry to develop those capabilities.

Second, one of the functions assigned to the CDS is to implement the ‘Five-Year Defence Capital Acquisition Plan and Two-Year roll-on Annual Acquisition Plans’ as a follow-up of the ‘Integrated Capability Development Plan’. The responsibility for putting together these plans is assigned to the Headquarters Integrated Defence Staff (HQ IDS), which is now under the DMA’s administrative control. By implication, therefore, planning too becomes the responsibility of the CDS.

Experience shows that HQ IDS, with variegated responsibilities assigned to it, is not equipped to formulate pragmatic defence plans. Defence planning is a 24×7 job which is best handled by a permanent Defence Planning Board or some such bespoke organisation. This idea, mooted by the Defence Expenditure Review Committee in 2008, needs to be considered as, in the absence of financially viable defence plans, military modernisation cannot pick up the pace.

It is unreasonable to expect the CDS to oversee the preparation of the plans that reflect ‘inter-services prioritisation (of) capital acquisition proposals based on the anticipated budget’ and concurrently oversee the execution of these plans. Even if the CDS somehow manages to carry out inter-services prioritisation, he cannot ensure the acquisition of the prioritised equipment, weapon systems, and other capabilities as he has no control over all acquisition structures and complex procurement procedures.

Like defence planning, acquisition too is a 24×7 job, best performed by a dedicated organisation like the Defence Capability Acquisition Organisation, as suggested by a committee set up by the MoD in 2016, whose report has been inexplicably all but forgotten.

Last but not least, defence planning, formulation of an integrated capability development plan based on inter-services prioritisation, and actual acquisition of prioritised capabilities will be a formidable challenge for the CDS or any other individual or organisation to which the responsibility is entrusted in the face of the enduring financial constraints.

According to the information provided by MoD to the 13th Finance Commission, the shortfall between the armed forces’ requirement and the budgetary allocation during the next three financial years (2023-26) is likely to be Rs 9,87,470 crores, of which Rs 5,27,491 crore will be for capital acquisitions. This gap cannot be bridged by the proposed non-lapsable modernisation fund with a corpus of less than two lakhs. It is difficult to visualise how the CDS can get over this problem. However, that is another story for another time.