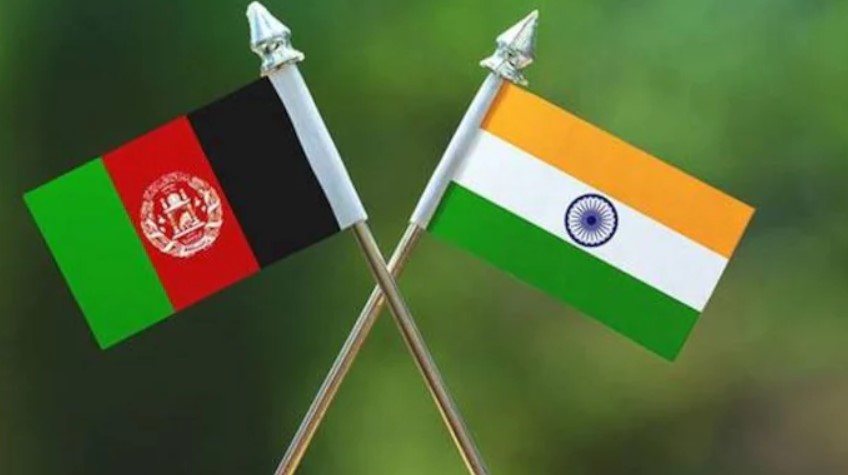 Instability in Afghanistan is of direct concern to CAR countries. The conditions in Afghanistan also are most important for India. After the initial hands-off policy, the Indians started some conversations with the Taliban. However, the importance of CAR countries to India implies that it works in concert with them. The first India – Central Asia summit in January this year focused on terrorism and Afghanistan. India’s interests call for taking such initiatives forward.
…………………………………………………………………………………………………………………………..
The past few months have seen a flurry of diplomatic engagements between India and the Central Asian Republics (CAR), the recent one being the official visit of the Minister of State for External Affairs Meenakshi Lekhi to the Kyrgyz Republic and Kazakhstan. This comes after Deputy Minister of Foreign Affairs of the Republic of Kazakhstan Adil Tursunov’s recent visit to India which was aimed at further ‘strengthening strategic partnership with India’. Meenakshi Lekhi’s relatively ‘low visibility visit’ holds a lot of significance when seen in the context of emerging coherence among the countries of the strategically significant Central Asian region and India. New Delhi is calibrating its policy to make the best of the strategic avenues afforded by the contemporary geopolitical realities and increase its footprint in Central Asia.

Ever since the Taliban’s takeover of Afghanistan in August last year, the regional players are in a fix over the possible future course. While the reality of the US leaving Afghanistan was never too distant lately, the speed and force of the Taliban takeover were indeed flabbergasting. Even more unsettling was the apparent lack of consensus on Afghanistan’s future and the stability of the region among the regional stakeholders. Trump’s first Afghanistan Strategy in 2017 had earlier exposed the regional fault lines and emerging realignments were hinting towards a new geopolitical great game. The realignment apparently dismantled the regional consensus which once existed not just in Afghanistan in particular, but also in the region in general. This ‘regional consensus’ worked in favour of India. The withdrawal of the US has ensured a considerable flux in the regional balance of power with Russia and China aiming for increased influence, and the not easily fathomable prospects of Pakistan in the game.

While the Taliban has been trying hard to flag its new avatar to the world in an attempt to win recognition, largely the countries seem to have adopted a wait-and-watch policy. Lately, India has shown signs of breaking the ice with the Taliban. India sent its first official diplomatic team led by J P Singh to Kabul where he reportedly met with the Taliban’s interim Foreign Minister Amir Khan Mottaki. Though India officially downplayed its diplomatic significance, the visit has been seen as a step towards a possible consideration of engaging with the Taliban. But even as India mulls its options vis-à-vis the Taliban, the security scenario is likely to be precarious for India as the extremists gain ground in Afghanistan and Pakistan continues to extend the deep state support to the radical elements for its political objectives. On the backdrop of Pakistan’s backing of the Taliban and its perfidy in reining the terrorist elements, with an apparent overlooking by China and even Russia, India needs a strong regional architecture to attend to the evolving security situation in the region. The changed geopolitical reality thus demands a major reordering of India’s regional policy which is where the role of Central Asia becomes central.

Central Asian states too are concerned about the possible spur in terrorist violence and the spread of extremism in the region. The presence of organizations like Islamic Jihad Union and Jamaat Ansarullah with apparent links with the Taliban poses a major security threat to the CAR. In fact, the Islamic Movement of Uzbekistan (IMU), which maintains a considerable presence in the region, is known to have actively used Afghan territory the last time when Taliban was in power. The concern within the Central Asian States is therefore palpable. The possibility of CAR ensuring direct American support in this regard is thin, considering the fact that the American presence would be heavily resented by the Russians as well as by the Taliban. Even the Americans would be reluctant to have a direct presence in the region. With Russia and China evolving their own equations vis-à-vis the Taliban, the CAR is keen on looking for like-minded partners in the region to ensure regional security and stability.

Identifying this common ground, India is using it to further deepen the ties with the CAR focusing on the regional security issues. That the CAR is keen on reciprocating it became amply clear when the Central Asian nations foreign ministers skipped Pakistan initiated OIC meet, aimed at ensuring recognition to Taliban, to attend India-led dialogue on Afghanistan. Since then, there have been all the right voices from the CAR. “Kazakhstan believes that providing support, using terrorist proxies for cross-border terrorism, terror financing, arms and drugs trafficking, dissemination of a radical ideology, and abuse of cyberspace to spread disinformation and incite violence, goes against the basic principles of humanity and international relations,” remarked Nurlan Zhalgasbayev, Ambassador of Kazakhstan to India, emphasizing that “it is in the interest of both Kazakhstan and India to work together to defeat the forces of terrorism wherever they might exist.”

The first India-Central Asia summit which happened in January this year intelligibly focused on the issue of terrorism, and the situation in Afghanistan formed a major part of their discussion. The summit also decided to establish a Joint Working Group on Afghanistan at the Senior Officials Level, noting that there is a broad ‘regional consensus’ on the issues related to Afghanistan. The regular bilateral ‘military counter-terrorism’ exercises which India has with at least four Central Asian states is further indication of the convergences on the issues of terrorism and regional security.

While the impending situation in Afghanistan is driving the diplomatic maneuverings between India and CAR, the possible coherence in the other strategic spheres is providing a necessary impetus to these overtures. The ‘sustainable connectivity’ issue for instance is an emerging area of convergence that is likely to play a major role in further deepening the ties between the two. India has always called out the lack of transparency in the regional initiatives like BRI, something which Jaishankar emphasized in the recent CICA foreign ministerial meeting as well as in the SCO meeting – both the forums with CAR presence. Similar sentiments are resonating among the people in the CAR.

A recently concluded survey by Central Asia Barometer has pointed out growing resentment against the daunting Chinese presence in the CAR. Even the condition of minorities in the Uyghur is creating a lot of unrest against China, something which the political leadership cannot ignore for long. With the hope to check China’s formidable influence, CAR are looking at diversifying their interest and the signs are already visible with South Korea emerging as a major alternative to China in Central Asia. New Delhi too would be keen on exploring these trends and thus the focus on overland connectivity and trade emerged as one of the priority focus areas in the recent conversations.

The contemporary regional geopolitical dynamics and the security scenario provides a strong strategic logic for India and CAR to deepen its ties, which India is keen to explore on. One of the major priorities for India insofar the Afghanistan issue is concern is to build and sustain a regional consensus on the issue of terrorism and the state support it enjoys. CAR are central to bringing about such a consensus. Beyond this, the convergences of interests and the reciprocal importance accorded by both the sides have resulted in a paradigm shift in the relations which is going to be key in the Asian geopolitics.