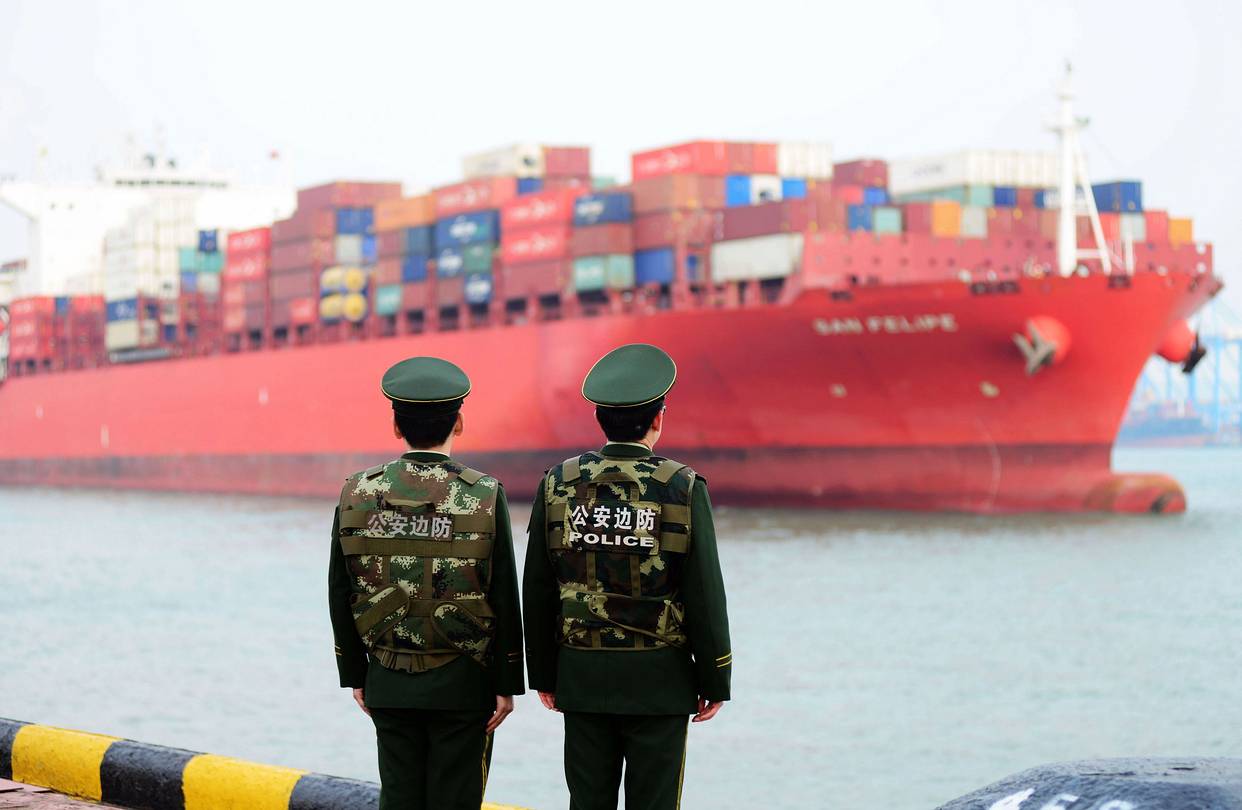 The Belt and Road Initiative (BRI) has a greater strategic thrust as compared to being an economic bonanza for the participating countries. A host of countries have already started experiencing BRI’s overarching shadow on their sovereignty. Some of these nations have initiated steps to review the grandiose plans that ultimately lead to a Chinese debt trap without the promised economic dividends. But China’s chosen vehicle to being a super-power is not the only reason for concern in the Chinese ascendance to such a status. The author provides a holistic analysis of the speed bumps and deeper craters that lie along the Chinese path.

The sense I got from reading Paul Kennedys classic – The Rise and Fall of the Great Powers, was that Empires rise for economic purposes using military means. As they rise, accumulation of power through geopolitical expansion acts as an aphrodisiac. Soon Empires reach a point when their vastness requires an unproductive economic splurge to retain the strategic edge. Invariably it comes at the cost of turning off the capital from productive areas. They then collapse. Every colonial empire has recently followed this script.

I do not think China can buck history. In fact, Chinese expansionism is facing problems much before it has reached Superpower status. A year ago I had stated that China was overstretching and I had reservations about the CPEC/BRI (https://bharatshakti.in/slaying-the-dragon-unrestricted-warfare/  and https://bharatshakti.in/the-grand-global-corridors-china-pakistan-economic-corridor/ ). Events are proving my conclusions tenable. China has entered an instability phase. It is a crucial phase not only for China but the world. A 360-degree view of what is happening in and around China gives us a clear picture the times ahead. From an Indian perspective, many of our China watchers and specialists believe that post-Doklam, we have lost ground and China has gained the upper hand. I beg to differ with them. It will do us well to cover our flanks and be prepared to deal with the fallout whichever way it goes. 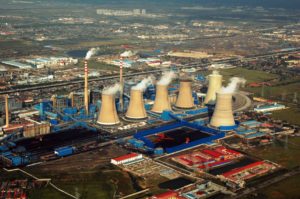 Economic Slow Down. The economic slowdown of China and its debt bubble is well documented. Its inability to align its manufacturing economy to its domestic consumption is equally well known. Chinese manufacturing becoming uncompetitive is also a fact. In the recent past, despite best effort, internalization, which is its best bet, has not happened. There is a long-term macro problem here. As time passes, the Chinese treasure chest will shrink.

The Western Sinkhole. Historically, the Western Areas of Xingjian, Tibet and Mongolia were never sovereign to China. They remain outliers. Han-isation of these areas has increased the alienation of local populace. These unassimilated areas will continue to have separatist sentiments with religious underpinning which communist China is not equipped to handle. Massive infrastructure expenditure, an antidote to separatism, has not changed the religious, economic or socio-political outlooks. These areas will remain to be festering wounds. The Western Sinkhole will soak resources continually and remain unproductive. It is akin to the huge resources which USSR sank in Siberia to ‘strategically shore up its Eastern Fringes’

Politics. Mega military parades and BRI conferences symbolised the Chinese claim to be numero-uno. Xi consolidated power and virtually crowned himself as an emperor for life.  The current model of politics – internal and external – has turned the Deng Model on its head. As headwinds are being encountered, a subtle political shift is being discerned. If it snowballs, there will be turmoil. Wait and watch! 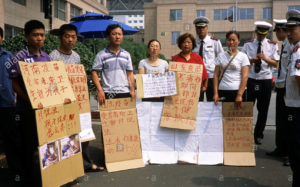 Public Disaffection.   As China has become rich, people and society are changing. For example, there is a huge scandal involving vaccines for babies in which officials are being sacked almost every day. In fact, it is the third vaccine-related scandal since 2010. There is public anger, trust deficit and restlessness in society. The problem might get contained. However, expression of public anger is a new experience for China. It will be a growing phenomenon. The crunch will come when people start crying for change publicly.

Religion. Religion is making a comeback in China. However, there is a constant attempt to “Sinicize” religions. Allegiance to the atheist ruling Communist Party is paramount. That’s a dichotomy. Religion is not being handled well. Recently, in northwestern China, permission was given to Hui Muslims to build a mosque. (Hui Muslims are ethnic Chinese). Once built, the authorities decided to demolish the mosque. Thousands of Muslims gathered to protest the demolition and stopped it. For China, this kind of pushback is a first. And, it will not be the last. There is deep significance in this episode.

Doklam Effect.  In Doklam, China lost the war and the battle. A diplomatic face saver had to be conjured for China to end the crisis. Lesson learnt – a conflict with India is unaffordable and unwinnable by China anymore. A conflict with India implies thinning out from Chinese core areas and leaving the coastline vulnerable. The flurry of Sino India activity post-Doklam indicates newfound Chinese realism. They must deal with India as equals. They are obviously covering their flanks to focus elsewhere! The world has realised that Chinese military capability has limits. Its militaristic bombast has reduced. Off late, the Chinese media is a bit muted. Doklam has shown that China can be stared down or even contained if countries unite. Geopolitically, the firming of contours of the Quad began after Doklam. Chinese aggression will only result in further coalescence of the Quad. That will be bad news for China. The post Doklam strategic effect is very significant, real and will last long. 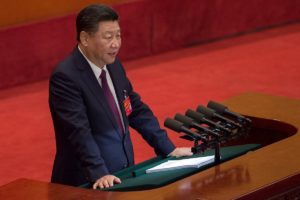 BRI Pushback. It is now clear that only impoverished countries with skewed political setups have bitten the BRI poison chocolate. After the Hambantota episode, other projects are coming to light which will act as brakes on the BRI. Everyone is having a relook at BRI projects. Consider a few examples. 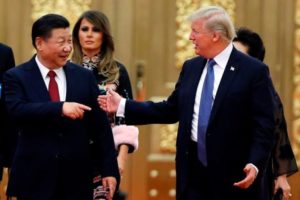 Trade War.    China has got into a debilitating trade war with the USA. China does not import enough from the US to match Washington dollar-for-dollar. Far from winning, the trade war is only losable. If Chinese exports fall, the slowdown will accelerate. Trade war tariffs on Chinese goods have already caused flutters in China’s stock and currency markets. The likelihood of large-scale business closures, a rise in unemployment and serious inflation is real. A recession could see living standards nose-diving and exacerbate the crisis in Chinese society. On the other hand, the Communist Party needs growth to hold onto its monopoly on power and prevent social instability. It feels that it can outlast Trump through negotiation and the trade war will vanish with the next President. That’s heavy optimism. Two years of remnant Trump Presidency is a long time. The impact on China’s employment, prices and financial system will continue for much longer. The USA is clearly not in a mood to hand over its numero-uno status to China. If the Trade War degenerates into a cold war, there will be further trouble. China does not have enough allies to help it through.

Bitter Taste of Democracy.  China is suddenly realizing that dealing with democracies even if they are half-baked like Pakistan is never along straight lines. The outcomes of elections in Malaysia, Maldives, Sri Lanka and Pakistan where pro Chinese politicians have bitten the dust are significant. People have given their verdict. This is a warning bell for Chinese hegemonistic behaviour. Democracy is a bitter pill to swallow if you do not understand it. Also slowly but surely, it will infect you.

China’s rise and ascendance have been unhindered. In the days of Deng, its growth was cooperative and collaborative. The route to superpower status was unobtrusive economic growth and war avoidance. The Xi model of superpower status revolves around aggressive global domination with an unfettered ambition to displace the USA from its perch. Economically, huge overseas initiatives, trade balance control and currency domination endeavours have dominated. Militarily, modernization, reorientation, permanent presence through land grab or otherwise and capability enhancement have been the buzzwords.

“Inexperience” is the Achilles heel of China. A senior retiring PLA General has publicly rued the lack of experience in PLA. Chinese soldiers have not fought a serious conflict on the winning side after 1962. Despite media propaganda on induction of latest hi-tech weaponry, its efficacy is suspect. Their military machine might not stand the test of conflict if it is thrust on them. Economically, modern China has not experienced the cataclysms of the great depressions, manic Mondays, black Fridays or subprime crisis contagion. Consider this. The USA has gone through a trial by fire – economically and militarily. Every time it has recovered to emerge stronger. It has been unshakeable from its perch. Chinese unhindered growth has not yet caught a cold. Will it survive a fall?  Will the collapse of BRI trigger something worse? The inexperienced hegemon will struggle. It’s hard and soft power is tacky presently.

China is clearly overstretched. Will China collapse? China collapse is old news. Will China be the next superpower? Not with this model. China cannot be a superpower if its allies are debt trapped Pakistan, North Korea, Sri Lanka, Myanmar, Montenegro, Djibouti, Maldives, Laos or Cambodia. Even Russia is looking at it only for its investment. It must have stable relationships in the international community if it wants to be a superpower. It must shed its cloak of opacity and generate trust. Strong arm tactics won’t work. Doklam and Hambantota have changed a lot of equations. Despite its economic strength and international influence, its hand is being forced – to change – internally and externally. We in India must grasp this. We need to deal with the new and emerging China accordingly.