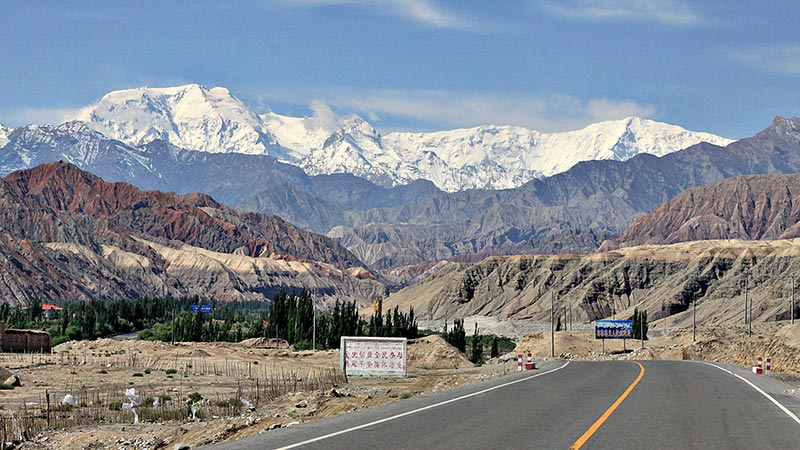 The China Pakistan Economic Corridor (CPEC) is undoubtedly the showpiece of the grandiose Belt and Road Initiative of China, and is making news almost daily. In the author’s previous articles on CPEC ( https://bharatshakti.in/author/shankar-pr/), he had analysed what it would mean for various actors in this Great New Game. In the current article, the author analyses the issues with the lens focused on J&K. He concludes, that whether or not CPEC succeeds or fails, Pakistan, Kashmiri separatist movements and terrorist organizations have nothing to gain, either. 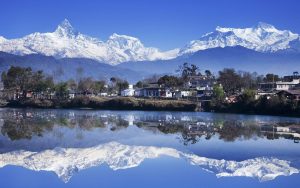 Each actor has motives and hidden opportunities in this evolving drama of CPEC. It has also been reported that some separatist Kashmiri groups who are on the Pakistani bandwagon want to be part of the CPEC. In fact, their dream enunciation seems to be an independent Kashmir which will be a CPEC hub and gateway for India, Pakistan and China. Some mainstream Kashmiri politicians have also evinced interest in getting into the CPEC loop. Such enunciations will fire imagination and raise expectations in the Valley. It will lead to new aspirations bordering on fantasy unless sane reality is shown to the public. It is with this in view that we need to rationally analyze as to what the CPEC holds for Kashmiris lest the pro Pakistan minority hijack the agenda of the silent majority.

The CPEC will change the Pakistan – Kashmir equation forever as time goes by. Whether CPEC succeeds or not, Pakistan will not be able to stoke fires in Kashmir as it has done hither to fore. If the CPEC succeeds, Pakistan would have started living in its glass house. From there it cannot throw stones at others. If it throws stones at India by continuing to foment separatism in Kashmir or if it continues to wage its proxy war or if it continues with its maverick actions in other scenarios, the retribution will be swift and will be directed at its new front – CPEC. That will be a heavy pinch and set a chain reaction with its Chinese masters who will pull the strings.

Look at the recent incident involving Chinese for starters. Just two Chinese were kidnapped from Baluchistan and killed recently in Pakistan by extremists. The incident created an international furor much to Pakistan’s discomfort. The Chinese media went ballistic over the affair. Imagine what will happen if the stakes, casualties or damages are raised. That too, repeatedly. Sooner than later, Pakistan will have to sue for unconditional peace. Unless, of course, it wants to end up messing its huge transformational opportunity. On the other hand, if CPEC does not succeed, Pakistan will have enough on its plate internally. Kashmir will be the last item on its menu. Supporting Kashmir will be an unviable proposition from many angles. What is apparent is that Pakistan will not be able to sustain the proxy war or the separatist movement in Kashmir as it does now irrespective of the success or failure of the CPEC. So, in effect, Pakistan will be forced to abandon its unfinished agenda of partition in Kashmir. In fact, very soon Pakistan, in all likelihood, has to start giving cold shoulder to the separatists in Kashmir if CPEC has to succeed.

The CPEC will weaken Pakistan politically. On that there is no doubt. Already there is major apprehension in Pakistan that CPEC portends Chinese colonization of the country. Some Pakistanis even feel that China is taking over the country. Whatever the hue of subjugation of Pakistan, the new Chinese Raj will erode the sovereignty of Pakistan considerably. The Pakistanis will have lesser say on their future as time goes by. How can a country which has ceded its sovereignty, is no more fully independent and cannot help itself politically, help others gain independence?

The future of Kashmiri separatism with a goal ultimately of merger with Pakistan will lead Kashmiris to becoming a part of the larger Chinese colony called Pakistan. So, the end result will be a sub colony of a colony. I wonder if Kashmiris want such a second-rate future. Taking into consideration the Chinese track record of human rights abuses and lack of democracy and Pakistan’s political weakness, the future of Kashmiri independence sans India is bleak. Azadi through Pakistan sponsorship is a pipe dream of separatists which they will continue to sell to stay in business. The Kashmiris will lose all they have if they depend on the separatists. It will be a case of jumping from a nonexistent frying pan into a hot fire.

There are economic considerations too. The hope that the CPEC will transform the fortunes of Pakistan economically is being questioned by Pakistanis themselves. The fear is that Pakistan will be in a long-time debt trap with China and lose its economic independence too. Also as CPEC unfolds, there is a good chance that USA will slowly cut off or downsize its aid to Pakistan. That will be a clincher since USA has been a traditional life line and source of aid to keep the country from drowning. So, a Chinese debt trap and drying up of US aid will really put the fragile Pakistani economy in jeopardy. 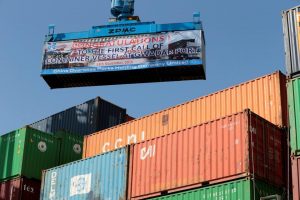 A country with no independent economic resources cannot support Kashmir. In any case, Pakistan will neither be able to develop the connectivity with CPEC nor have the economic capacity to invest in the growth of Kashmir. Pakistan will not be able to develop Kashmir the way India does. In the end Kashmiris should be clear that they will regress economically in a big way if they fall to the separatist agenda and want to hitch their stars with Pakistan. I am confident that at grass roots every Kashmiri knows this reality.

One of the prime reasons for Pakistani attempts over the years to annex Kashmir is to ensure its water security. Even that scenario is set to change if the CPEC comes good. As per the plan, there are six major dams to be built across Indus as part of the Indus Cascade. In essence, the Indus waterway, from the moment it enters POK, till it disgorges into the plains will become one huge reservoir with a series of mega dams across it. Assuming all things go well, it would be fair to assume that the water security concerns of Pakistan will be resolved for some time to come though there might be other problems. Well if that is so, the rationale of Indus Water Treaty needs a revisit. Hence the relevance of Kashmir as a bone of contention for water is itself watered down.

If the CPEC succeeds, Pakistanis will ditch Kashmir in a jiffy since they will no longer need that kind of water from there. Kashmiris who are banking on Pakistan need to think of this angle of their irrelevance to Pakistan post CPEC. Another factor which Kashmiris will be well advised to consider are the ecological effects of the Indus Cascade on Kashmir. The Indus Cascade of six projected dams across the Indus river has raised concerns about the adverse ecological impact on the area. For a longtime, international institutions refused to fund these projects for various reasons. Now they are being pushed through by circumventing problem areas with Chinese muscle. So, Kashmiris should be ready to face adverse ecological effects and natural disasters once the Indus waterway is fully established. In the end, it will be a double whammy- loss of relevance and adverse ecological fall out.

Then of course, there is the issue of revenge. Pakistani obsession with taking avenging through Kashmir the loss of Bangladesh has dominated its thinking and actions since 1971. It has also interfered in the affairs of its neighbors and other nations for far too long. The boot will be on other feet now. CPEC will be Pakistan’s new major vulnerability. Pakistan is open to death by a thousand cuts from hostile elements and neighbors if it does not improve its behavior. There are many other actors – state and non-state, internal and external besides India who will be rubbing their hands in glee at giving it back to Pakistan. Mutatis mutandis one should expect a drastic improvement in Pakistani behavior.

The Kashmir factor in Indo Pak relations will slowly but surely reduce in footprint. Another factor is that the CPEC traverses through disputed territory. There are reports that Pakistan wants to declare Gilgit and Baltistan as one of their provinces. Once that happens, and it will happen under Chinese pressure, the contours of the Kashmir problem change drastically from an Indian perspective. Article 370 will be open to review by India as it will then be an internal matter of India. Whether India has the political will and sagacity to do so is another issue, but the door would have opened permanently. In future, Kashmir will be an internal affair of India entirely-thanks to CPEC.

From a macro point of view, it must be said that Pakistan has taken a great gamble with the CPEC. It is understandable that the Pakistani ruling elite want to transform their country into a developed nation with a great leap forward. It is their call and their funeral. However, all sane thinking Kashmiris need to note that in all Pakistani plans and enunciations there is no mention of anything for Kashmir, even in any oblique way. Secondly the Pakistani great gamble seems to be ending up lining the pockets of Chinese and Pakistani elite and not the poor Pakistanis. Where does it leave the poor Kashmiri separatist who is rooting to join Pakistan? Needs pondering!

Summing Up: Fears and Opportunities

A sum of all fears indicates that CPEC is bad news for Pakistanis, though it will be projected as otherwise by its state organs. It is worse news for separatists in Kashmir. On the other hand, it is good news for all sane thinking Kashmiris, who stay away from it. It clearly emerges that Kashmir will have a lot to lose if it hitches its stars to Pakistan and CPEC as envisioned by separatists and self-interested parties. It will have a lot to gain if it consolidates its status within India. For India, this is a great opportunity, to resolve the Kashmir problem with a new direction and resolve. The game is changing and we have to be swift to seize the moment. If we do not do so the mistake will be historically ours.