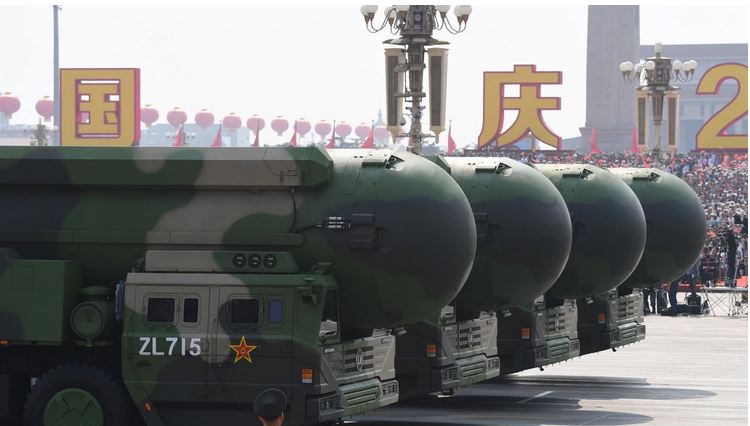 WASHINGTON ― China plans to double its stockpile of nuclear warheads in the next decade, including those designed to be carried atop ballistic missiles that can reach the United States, the Pentagon said in a report released Tuesday.

Even with such increases, China’s nuclear force would be far smaller than that of the United States, which has an estimated 3,800 warheads in active status and others in reserve. China’s nuclear warhead stockpile is estimated to be in the low 200s.

In its annual “China Military Power” report to Congress, the Pentagon said the modernization and expansion of China’s nuclear forces is part of a broader effort by Beijing to develop a more assertive position on the world stage and to match or surpass America by 2049 as the dominant power in the Asia-Pacific region.

Deputy Assistant Secretary of Defense for China Chad Sbragia said at an American Enterprise Institute event Tuesday that the People’s Liberation Army, or PLA, is “not intended to be merely a showpiece of Chinese modernity” but a tool of Chinese statecraft.

“The Communist Party has spent the last several years completely tearing out and rewiring the PLA organizationally with the goal of transforming into a joint force that is more combat ready, innovative and global,” Sbragia added.Read more…