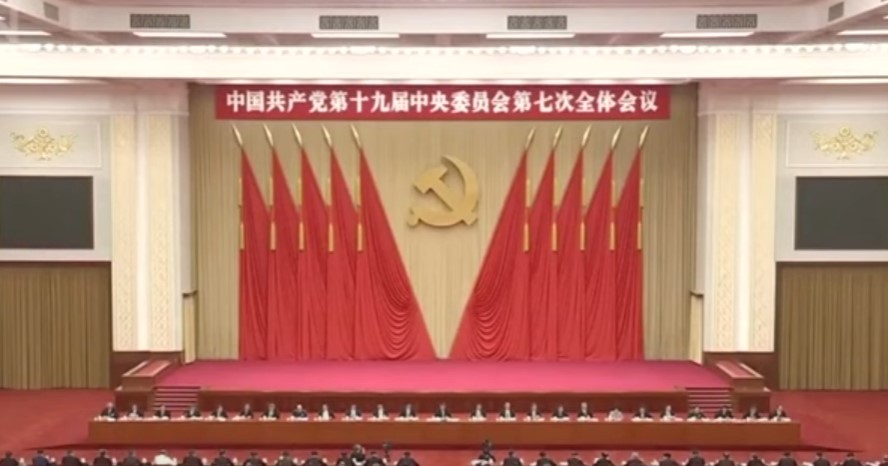 The Chinese Communist Party National Representatives Congress, known in short as the Party Congress, is held every five years. It’s, theoretically the highest meet of the CCP. The Congress is the public event where top-level leadership changes in the CCP and any formal changes to the Party’s Constitution are finalised, sealed and signed off. It is also the event where policy decisions are discussed, debated and finalised. Based on it, political, military, economic and diplomatic directions, which the CCP adopts for China for the next five years, are rolled out. Since the mid 70’s, this once in five years event has taken centre stage since it signified where China heads on a long-term basis.

Structurally, the Congress is attended by grassroots party members who are deep selected and nominated. Members who attend the Congress choose the Central Committee, which comprises of around 370 members. The Central Committee is described as some kind of a board of directors for the CCP. The Central Committee in turn elects the twenty-five member Politburo. The Politburo then chooses the Politburo Standing Committee which is the epicentre of the CCP’s power and leadership. The standing committee, consisting of five to nine people, is the real seat of power which controls the Party and hence the Country.

At each level, an individual is elected, selected, nominated to the next higher level based on negotiations and manipulations and not through a ballot. At every level, a no holds barred power struggle and an accompanied  purge takes place where the vanquished, defeated, the aspirants, failed coup instigators and pretenders to the throne are ruthlessly set aside temporarily or permanently by the winners.

The 20th Party Congress will get underway in China from 16 October onwards. What is it all about and its likely outcomes are today followed keenly, globally. At the outset, in 2002 it was decided that members of the Politburo above the age of 69 should retire. This Congress is likely to endorse Xi to continue for a third term despite being 69 and retire all members of the Politburo Standing Committee above 68. That is first outcome!

Premier Li Keqiang is set to go. New members and a new Premier will be put in place. As per the prevalent logic, Xi Jinping will ensure that the members of the Politburo and the Standing Committee are his loyalists. Simultaneously, a constitutional amendment process has been initiated to endorse Xi to continue for life as the uncrowned King of China. He will, in all probability, be elevated as the most consequential leader in Chinese history. Mao Zedong will rest in peace!

As Xi enters his third term, the challenges facing China are daunting to say the least. The Chinese economy is in trouble with a projected GDP growth rate limited between  2-3%. The debt-fuelled investment-driven economy is under stress. The national government, state governments, banks, infrastructure firms, real estate sector, private corporates and households are all awash with a debt overhang. In the near-term, China faces a Hobson’s choice of continuing with its  Zero-Covid policy to sustain the economic disruptions or ease on the lockdowns to face unacceptable disease and death amongst a vulnerable population, unprotected from Covid due to poor vaccines.

In the long term, China faces an irreversible demographic decline which increases the aged and reduces the working-level population. The business environment in China is unpredictable with the emasculation of the once thriving private sector in favour of large state enterprises could be telling.

The external environment has turned from one of being supportive of China’s rise to one which strives to cap its growth.  Resultantly, investment from abroad has receded, supply chains are being relocated, and foreign firms are decoupling from China.  The complex geopolitical environment due to the Ukraine war and tensions with the USA, EU, India, Taiwan,  Xinjiang, Hong Kong and South China Sea compound these problems. The unprecedented drought this year when weighed against huge floods two years back point to climate change taking its toll on China. Under these conditions, the indications from the 20th Party Congress could be a matter of conjecture. However, the signals coming out from China in the run-up to the Congress are pretty clear as to where Xi Jinping is going to take China.

Politically, Xi Jinping is set to assume total unitary and totalitarian control of China.  The “Xi Jinping Thought” will pervade the Party Congress. It envisions an overcentralized process with a strong CCP, expansive domestic surveillance, anti-corruption purges and nationalism based on selective but widespread censorship. State control of information, data, and institutions will be the norm. Inequity generating private enterprises will be marginalised and large state owned enterprises will dominate. Reforms of the Deng, Hu and Jiang era will be side-lined and reversed. China will veer towards the “left” as left as it can be. The prime political drivers will be the “rejuvenation of the Chinese dream”, “revenge on the century of humiliation” and “realisation of the Chinese Dream” as laid out in the “Xi Jinping Thought”. The “Thought” is to make China a strong, democratic, civilised, harmonious and a modern socialist country which is the foremost global power by 2049.

During the Party Congress, there will be a lot of stress on revolutionary zeal and avoiding complacency. There will be emphasis on constant self-correction of the Party, to avoid the fate of the Soviet Union. The content of self-correction is hazy. It will be interesting to see if the Party Congress sheds light on this. However, the point of interest is that while China intends to avoid the pitfalls of USSR, its making or made its own mistakes.

The Party will continue to control the gun.  The power of the PLA was downsized to only two members in politburo and none in the seven member standing committee. Xi has already downsized the CMC and purged the military to ensure total party loyalty (to Xi). Four of the six CMC members are set to retire after the Party Congress. The new set of leaders will be the handpicked maidens of Xi. It will ensure absolute control over military affairs and total subservience to Xi Jinping as per his agenda.  Modernisation and building the greatest military on earth will be the central pillars to rejuvenate the Chinese Dream. The PLA will also be reminded that they are the instrument of the Party to safeguard its interests.

Achieving common prosperity through shared wealth will be a key “strategic goal” during the 20th Party Congress. The top leadership is expected to deliver a clearer and more detailed road map on the push for common prosperity during the Party Congress. Common prosperity, as  nominally understood, is all about transfer of wealth from the rich to the poor – Robin Hood style by the state!  How this will be done will be interesting to see. There is talk of kickstarting consumerism by putting money in the hands of the poor from the rich and prosperous sections of society. Common prosperity is the silver bullet to flatten wide disparity. “Dual Circulation” will be the prime driver of economic re-vitalisation.

The reunification of Taiwan will be high on the agenda in the Congress. It’s a part of the “Rejuvenation “process”. Hence Xi’s line of action and campaign to reunify with Taiwan will receive a whole-hearted mandate.  Use of force, if necessary, will be endorsed. The high octane live-firing drama post Nancy Pelosi’s visit to Taiwan will be the reference point for further chest-thumping actions. Significantly, Xi Jinping has also made it a point to visit Tibet, Xinjiang and Hong Kong in the past one year. He has also given out his views on the governance of these restive regions under the “one country, two systems” model. There is no room for “splittism” or anything considered remotely “unpatriotic”.

This nationalistic fervour will be on display during the Congress. The state apparatus will be called upon to detect and scotch any tendency to instigate a “colour” revolution in China through “outside powers”. Safeguarding China’s cultural and territorial integrity and sovereignty will be foremost on the agenda.

The 20th Party Congress will also endorse and reiterate the government’s unwavering resolve in fighting Covid.  Avoiding mass fatalities in China through wide-spread lockdowns and mass testing will be eulogised. Low death rates vis a vis other developed nations and saving lives will be showcased to reinforce China’s superior governance model.

Low vaccination rates among the elderly and less effective vaccines will be glossed over. It’s premature declaration of victory over Covid, loss of GDP and economic goals will be soft-pedalled Party congress will rubber stamp the continuation of the Zero Covid Policy in China. While the rest of the world has learnt to live with COVID, China will be told to learn to live with Xi’s Zero-Covid. We will continue to see the virus remaining out of control in China with vast areas under lockdowns and mass testing.

The Chinese Communist Party is now considered the standard-bearer of the global socialism movement. China considers itself as the leader of about 100 countries where communism still exists. This mantle will be the prime platform for global leadership. On this base, the financial control over the Global South under BRI debt will be leveraged. China’s leadership in SCO and BRICS will be highlighted.

The 20th Party Congress will in all likelihood use this overarching framework for staking claim to China’s global leadership. China will be the bulwark to thwart the spread of capitalism and evil designs of the West to deny the Middle Kingdom its ordained role in the world. The Congress will give license to its wolf warriors to carry forth China’s ‘diplomatic struggle’ to further its core interests. High-octane statements like ‘The era of China being slaughtered by others is long gone, and no force can stop China’s development and progress,’ will be on repeated display.

Overall, the 20th Party Congress will be all about Xi Jinping consolidating power and the CCP ensuring that China remains a totalitarian society. The real problems which hound China’s society and people will be given a wide berth. In typical communist fashion, they will be downplayed as insignificant. One issue which will dominate the proceedings will be the “mirror mirror on the wall, who is the greatest of them all” attitude without which the communists cannot exist. They need the constant self-reassurance that they are the greatest of them all despite not being so.