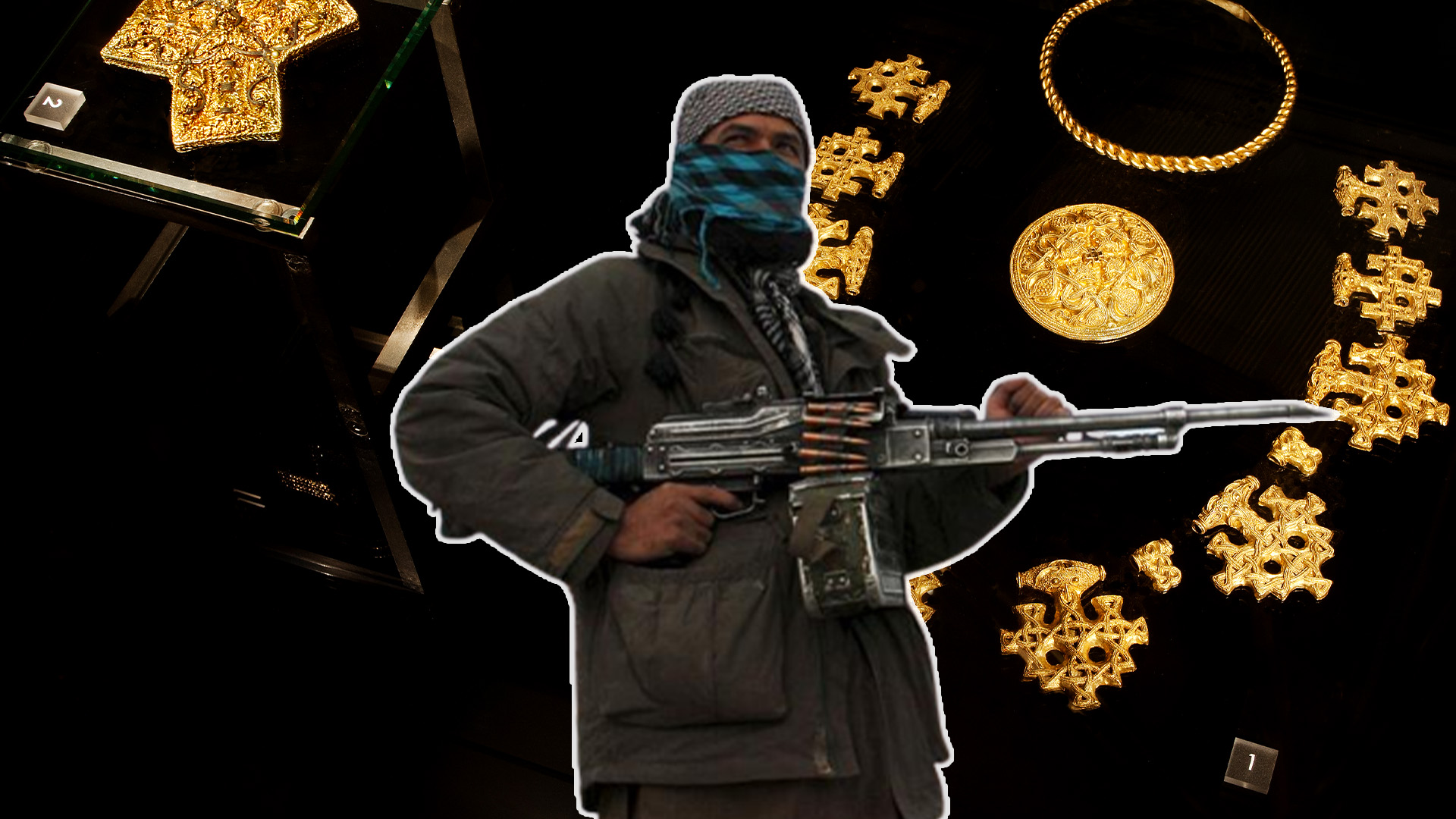 Globally, more than Afghanistan stabilising or retaining the dividends of 20 years of US dollars flowing in, the race is tilted towards geostrategic advantages and economic exploitation of the nation. There may be a few participants in the race, but the Chinese have displayed their intent. They had already promised the Taliban $ 31 million in aid even before the Afghans could announce their Cabinet with 17 of the 33 members under UN sanctions. However, is China going to plough its currency Yuan into Afghan soil just as yet, or will it sit it out on the fence and wait for a degree of stability, by itself an illusory expectation?

According to estimates, Afghanistan’s non-fuel mineral resources are worth over $1 trillion. Some estimates by the Afghan government peg it at $3 trillion. These include copper, cobalt, bauxite, chromium, mercury, and uranium. There are also Rare Earth minerals and lithium that are used extensively in batteries. Its copper deposits rank fifth globally. Extractable iron ore is at 10th.

Afghanistan does not have even a rudimentary industrial capacity to utilise its resources in-house and profit exponentially more. The Americans and the Russians also conducted extensive surveys and identified regions where the mineral resources were commercially exploitable.

Beyond economics, Afghanistan’s strategic importance lies in providing a land route to Central Asian countries. For such mammoth projects as the Chinese Belt and the Road Initiative and its China-Pakistan Economic Corridor (CPEC), non-utilisation of the Afghan geographical space would severely dent the profits that are otherwise touted from such huge casts.

Chinese interests in Afghanistan have been on display for a long. The biggest project that China has been vying for is mining the Afghan copper deposits. The Chinese and the Taliban have had a working relationship for a decade or so. An example was the Taliban’s assurance to China in 2016 of causing no harm if Chinese firms were to mine copper at Mes Aynak, located close to Kabul. However, despite the Taliban’s assurances, the project has not progressed.

The Chinese have been investing in commercial activities for quite some time. In 2019, the Chinese FDI in Afghanistan was estimated at $400 million, compared to only $18 million from the US. However, there is a difference in the scene today. In 2019 the US was able to keep Afghanistan somewhat stable for business to run. Today, stability is the responsibility of the Taliban. The Chinese benefited as the Americans continued to pour dollars to keep the Ashraf Ghani government in power. Will the Taliban maintain a stable climate for long-term investments to yield?

Taliban Spokesperson Zabihullah Mujahid said in an Italian newspaper interview, as quoted by Geo News in early September 2021, “China is our most important partner and represents a fundamental and extraordinary opportunity for us because it is ready to invest and rebuild our country”.

Stability and investments are the top priorities of the Taliban regime now. Acceptance by the global community is also a challenge they have to surmount. Even as the world has adopted a hands-off approach leaving the Taliban to its designs, the Taliban is not done with domestic resistance; an increasing challenge from an evolving ISIS-K and ruptures within. The Haqqani group has its own agenda. The previous regime’s Vice President, Amrullah Saleh has not thrown in the towel yet. And the Tajik leader Masood retains some strength. Will the Taliban be able to contain these forces? Further, the Taliban was never monolithic, nor is it likely for the infighting to end too soon.

Taliban has already failed to nominate an inclusive government. Though Taliban 2.0’s activities are not a total reflection of Taliban 1.0 days, hardliners within their fold want the strictest interpretations of Sharia to be applied. Taliban’s approach, so far, has not convinced anyone. The relaxations it has allowed are inadequate, and even the marginal progress they have displayed may not be sustainable given the preponderance of hardliners in the ministry. Women have been relegated to second-grade citizens.

China is inclined to deal with the Taliban irrespective of Afghan domestic issues. Mullah Abdul Ghani Baradar was in Beijing as early as 28 July 2021. At the virtual G20 meeting on 23 September 2021, Chinese Foreign Minister Wang Yi called for economic sanctions on Afghanistan to be scrapped and for Afghans to be given access to their foreign exchange reserves. Afghan politics, issues affecting Afghan women, an inclusive government and the like are only partially Chinese priorities. Only lip service remains periodically.

One of the prime Chinese interests in convergence with most of the world is terror groups not getting to use Afghan soil to launch their operations beyond Afghan borders. Afghanistan and China are connected by the narrow Wakhan Corridor, where China, according to some reports, is aiding the construction of a road. East Turkistan Islamic Movement (ETIM), which operates in Xinjiang and provides the muscle to the Uighurs, could utilise the corridor. Reports also suggest a growing relationship between ETIM and ISIS-K, as also Tajik, Uzbek, Hazara and Chechen fighters. China would want Afghans to hunt down every group that could cause a stir in Xinjiang as an all-important pre-condition for them to receive significant Chinese aid.

With no country displaying any inclination to recognise the Taliban, China is in no hurry either. However, China has retained its embassy staff in Kabul.

Though Chinese Foreign Minister Wang Yi’s offered $3 million to Afghanistan in September 2021, what has been disbursed, is not too well known. The Chinese merely raising issues of Afghan concern in various fora, especially meetings of the Shanghai Cooperation Organization (SCO) and the Collective Security Treaty Organization (CSTO), and skirting the issue of providing substantial aid, is unlikely to be viewed as a great friendly step by Afghans for too long.

With the Belt and Road Initiative (BRI) facing rough weather, the Chinese would be more sceptical about investing. Chinese investments are normally made when both political and strategic objectives are served and financial conditions are in their favour. Afghanistan surely qualifies as a politically and strategically prudent choice for investment, but when the security perspectives are considered, the unpredictability of the Afghan situation will dissuade China from investing large funds.

Xi Jinping, in the SCO and CSTO virtual and physical meets, has urged countries in the vicinity of Afghanistan to play a role. The SCO member states, he felt, should make full use of platforms like the SCO-Afghanistan Contact Group and contribute to a stable situation in Afghanistan. However, the Chinese will primarily rely on Pakistan to keep the Afghan regime in control and ensure its interests continue to grow. Resultantly, Pakistan will be more firmly entrenched in the Chinese calculus, and the former’s gasping economy could get more Oxygen. However, as its ties with China and other countries improve, the Taliban will want to break loose from overwhelming Pakistani control.

Beyond Pakistan, there is the possibility of the Chinese joining hands with the Russians for Afghan stabilisation. However, Russians are unlikely to appreciate major Chinese inroads into Afghanistan since it opens an avenue into Central Asian countries. The Russians consider the region as a rather exclusive zone of their influence. The Russians conducted fairly large multi-national military exercises in the region in August-September 2022.

The Americans would not like the Chinese to develop strong roots in Afghanistan and would have to rely on Pakistan mainly to achieve their objectives, thereby putting Pakistan in a quandary with both countries having promised funding to them. Pakistan has also been recently taken off the FATF watch list and will tread with care.

China has displayed no inclination to put boots on the ground in Afghanistan – the graveyard of Empires. They have no experience in deploying troops in a combat role abroad. Further, logistics will have to flow from the Chinese mainland through Pakistan, in all probability. The Wakhan Corridor, under the foreseeable circumstances, is an inadequate logistics corridor. Currently, all the Chinese can do is primarily limited to developing their intelligence assets and providing intelligence to the Taliban regime while trying to keep an eye on ETIM.

The Chinese are going to adopt a wait-and-watch approach predominantly. Taliban’s hopes and expectations from China are to be nourished by regular statements displaying Chinese concerns for Afghanistan in various fora. They will also prefer to strengthen relations with the Taliban independently rather than depend on Pakistanis. All told large tranches of Chinese Yuan are unlikely to be ploughed into Afghanistan, not too soon, at least.