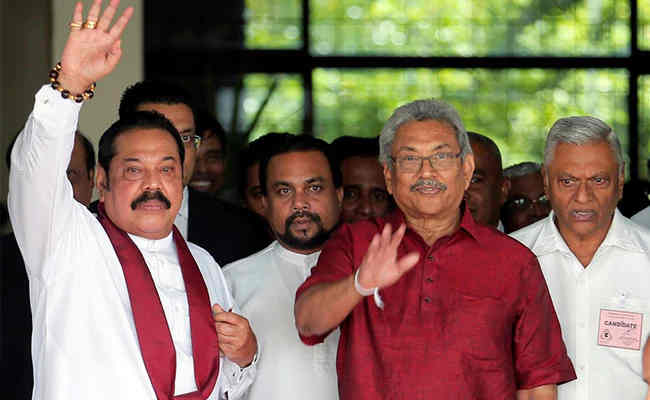 The Sri Lankan elections have gone as expected with SLPP very comfortably poised to rule the country. There are challenges that it has to grapple with, both internally and in its foreign policy domains. The India-Sri Lankan relationship has withstood the stresses during the SLPP rule and emerged stronger for it. It should provide the plank for the two countries to progress further and find common approaches, especially for issues that are sensitive to the other partner. The author discusses the challenges that Sri Lanka’s leadership is faced with.

The Sri Lanka Podujana Party (SLPP) and its allies, led by Mahinda Rajpaksa, have secured absolute majority in the just concluded parliamentary elections.  The SLPP has secured 145 seats on its own steam in the 225 member Parliament and is expected to provide a stable and progressive government for the next five years. It has an arduous task ahead prioritizing economic recovery from the ravages of Corona virus, the Easter Sunday bombings and, importantly, clean up the mess inherited from the previous government.

From a political governance point of view, the parliamentary victory in the general elections of 5 August, will make the SLPP the only centre of power in the country, unlike what has been witnessed in the past few years. The future of the two iconic political parties – Sri Lanka Freedom Party (SLFP) and United National Party (UNP) – has been seriously degraded by the electorate. The UNP has been badly routed. Sajith Premadasa led Samagi Jana Balawegaya (SJB) has 47 MPs in the house and will be the main opposition party in the Parliament.

The Janatha Vimukthi Peramuna (JVP) too has suffered reverses and its relevance in current political milieu remains to be assessed.  However, the future political space of the smaller parties will be tied to the parliamentary majority of the SLPP especially when it comes to taking major decisions such as amending the constitution to meet its agenda including the future of the 19th Amendment. The possibility of the SLPP boosting its ranks cannot be ruled out. There is a tight political calendar ahead with Provincial Council elections on the anvil.

The fortunes of the Tamil National Alliance (TNA) has drastically changed and its numbers are limited to a single digit (seven), the lowest since 2001. One noteworthy feature is the accretion of the vote share of the SLPP combine in the Northern Province.

Political observers opine that the representatives of the Tamil community, both Sri Lanka Tamils (SLT) and Indian Origin Tamils (IoT) will need to look at best options to stay relevant and work with the government for rapid economic development of the country. They can no longer depend on past slogans and demands. They will have to put their house in order.

On the other hand, Tamil parties which are part of the ruling SLPP alliance will be expected to ensure that they duly espouse the interests and aspirations of the community with the government. The writing is on the wall for them.

The Muslim political parties are in a similar position. The Church has emerged as an important platform for its community as also on behalf of the minorities. It has reached out to the Buddhist clergy. Its impact will need to be assessed. Nevertheless, it would be prudent to await the speech of President Gotabaya to the new Parliament, outlining his priorities and goals for the government.

Prime Minister Narendra Modi has congratulated Mahinda Rajapaksa on the electoral victory and his government will no doubt be calibrating its Sri Lanka policies with a broader horizon of 10 years in perspective.  India’s foreign policy fundamentals with its neighbours has remained strong in all aspects though it has experienced turbulence at regular intervals. The current example is Nepal where the government of Prime Minister KP Sharma Oli is at loggerheads with India, albeit at China’s prodding’s. Nepal has much to lose in the long run. Unlike current India-Nepal relations, India has a comfortable equation with Sri Lanka at the highest political levels as also with other stakeholders.

India will be dealing with one power centre unlike in the case of the previous government. India had a bitter experience with the Maithiri Sirisena-Ranil Wickremesinghe government when major promises and expectations were belied. This time around, unlike in the immediate past, there has been no India bashing or anti-India rhetoric, or accusations of foreign hand operating in the country. This is an important development. It has addressed a major drawback that had resulted in a trust deficit and should create a positive groundswell for collaboration on several fronts.

Both Gotabaya and Mahinda Rajpaksa bring contrasting styles into governance and this is easily discernable. The SL President’s interview to Nitin Gokhale, soon after assuming office in October 2019, was important in the sense it underlined India’s position in his road map and this was reiterated by Mahinda in his inimitable way few months later during his India visit. Both have spoken differently on the 13th Amendment that has remained on the table especially on the subject of devolution of revenue and police powers to the provinces. The influential Buddhist clergy has a major role in Sri Lanka’s domestic and foreign policy and India must ensure that it positively impacts bilateral relations between both countries.

There are going to be challenges for India in Sri Lanka. The opposition from certain sections of the civil society and especially fringe political elements on India’s participation in important projects is one major issue. Vested interests would oppose Indian involvement.

The accretion of Chinese influence in India’s immediate neighbourhood is engaging New Delhi’s attention. India has many options but will also need to think “out of the box” to ensure its interests are not harmed. India has much to offer Sri Lanka’s in its economic development.

Recent developments on Indo-Tibet border and mounting tensions between India and China will find expression in neighbouring capitals. One country in India’s immediate neighbourhood has called out China recently for interference in its domestic affairs. This, hopefully, will find greater resonance in other capitals. China will expectedly leave no stone unturned to destabilize Indian interests and leverage its own options.