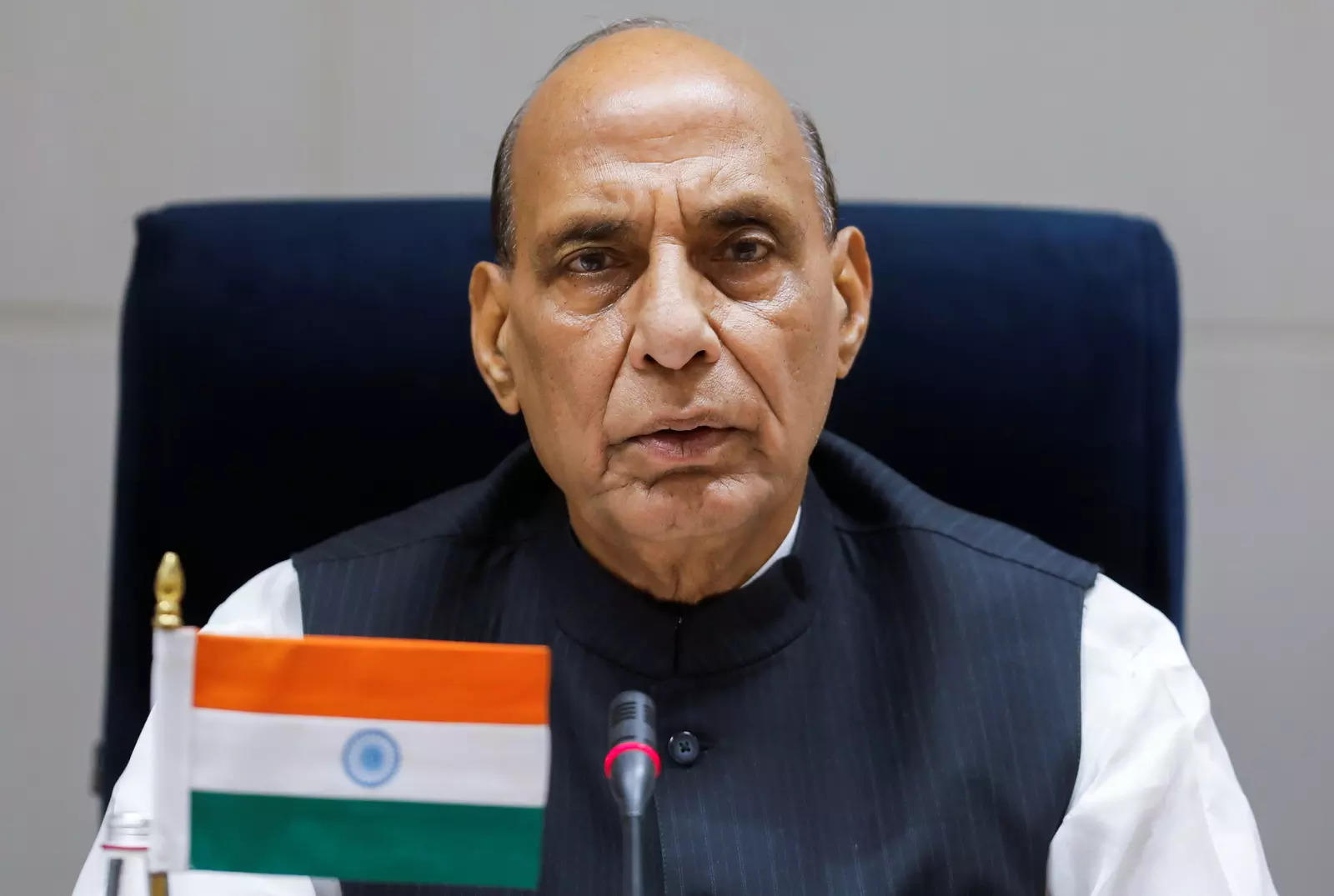 Defence Minister Rajnath Singh leaves for Mongolia on Monday. It is the first-ever visit by an Indian Defence Minister to the east Asian country to expand defence ties and strategic partnership between the two countries.

During the visit from September 5 to 7, Rajnath Singh will hold bilateral talks with Mongolia’s Minister of Defence, Lt Gen. Saikhanbayar. He shall call on the President of Mongolia, U. Khurelsukh and Chairman of the State Great Khural of Mongolia, G Zandanshatar, according to a statement released by the Ministry of Defence (MoD).

During bilateral talks, the two Defence Ministers shall review the bilateral defence cooperation between India and Mongolia and explore new initiatives to strengthen bilateral engagements further. The statement stated that the two leaders would also exchange views on regional and global issues of shared interest.
The bilateral defence engagements with Mongolia have expanded to include wide-ranging contacts between the two countries, including Joint Working Group meetings, military-to-military exchanges, high-level visits, capacity building and training programmes and bilateral exercises.

India’s defence and security ties with Mongolia are on an upswing. Prime Minister Narendra Modi paid a visit to Mongolia in May 2015, bringing a renewed vigour to the ties in diverse areas, including defence and security. During the visit, India announced a USD 1 billion line of credit to Mongolia for infrastructure development and upgraded their ties to the strategic partnership.

Both countries hold the Joint India-Mongolia military exercise ‘Nomadic Elephant’ annually. The last two editions of the exercise were held at Ulaanbaatar (Mongolia) in September 2018 and in October 2019 in Himachal Pradesh.

Rajnath Singh will pay a visit to Japan from 8-9 September to participate in the “2 plus 2 dialogues” planned for 8 September in Tokyo. In Japan, Singh and External Affairs Minister S Jaishankar will join their Japanese counterparts under the framework of “2+2 Foreign and Defence Ministerial Dialogue”, PTI reports.
The dialogue will take place over five months after Japanese Prime Minister Fumio Kishida visited India for the annual India-Japan summit. The Japanese delegation will be led at the dialogues by Foreign Minister Yoshimasa Hayashi and Defence Minister Yasukazu Hamada.

The ‘2+2’ dialogue with Japan was initiated in 2019 to further deepen bilateral security and defence cooperation and bring greater depth to the special strategic and global partnership between the two countries. India has the ‘2+2’ ministerial dialogue format with very few countries, including the US, Japan, Australia, and Russia.