The 12th Edition of India’s once in two years defence exhibition kicked off in Gandhinagar on Tuesday. DefExpo 2022 began with an imposing display of demonstrations by sea-based platforms such as aerobatics by the IAf’s Sarang team. Commandoes of the Indian Army and the Indian Navy also displayed their specialist skills.

DefExpo 2022, described by Defence Minister Rajnath Singh as the biggest defence exhibition ever, is being inaugurated by Prime Minister Narendra Modi on Wednesday.

According to the Ministry of Defence (MoD), participants from 75 countries, including 33 Defence Ministers, are attending the exhibition. Besides, the participation of 1340 companies,10 Indian states and Union territories have set up their pavilions at the exhibition venue.

The Defence Minister said, “We are swiftly moving towards becoming the pioneers in design, development and manufacturing at a global level. We are witnessing a transformational journey from being the largest defence importer to a net exporter. This DefExpo will further accelerate the pace of this journey.”

Spread over one lakh square metres (sqm) and with a record registration of 1,340 companies, DefExpo 2022 is the biggest defence exhibition to date.

Exports are one of the prime objectives for the five-day DefExpo, during which two separate conclaves — India-Africa Defence Dialogue (IADD) and Indian Ocean Region plus (IOR+) are being organised.

More than 53 African countries have been invited for IADD and 44 for the IOR+ conclave which was chaired by Rajnath Singh on the first day of the event on Tuesday.

IADD and IOR+ Conclaves are important events for promoting peace, security, prosperity and defence cooperation throughout the region and establishing new defence and industrial linkages and capabilities in the area.

India is looking at its highest-ever defence exports this fiscal with sales touching Rs 8,000 crore in the first six months, as the government tries to shed its import dependence in the critical sector.

“We have managed to do defence exports worth Rs 8,000 crore this year and we will surpass what we did last year,” Defence Minister Rajnath Singh said on the sidelines of the DefExpo 2022 on Tuesday. 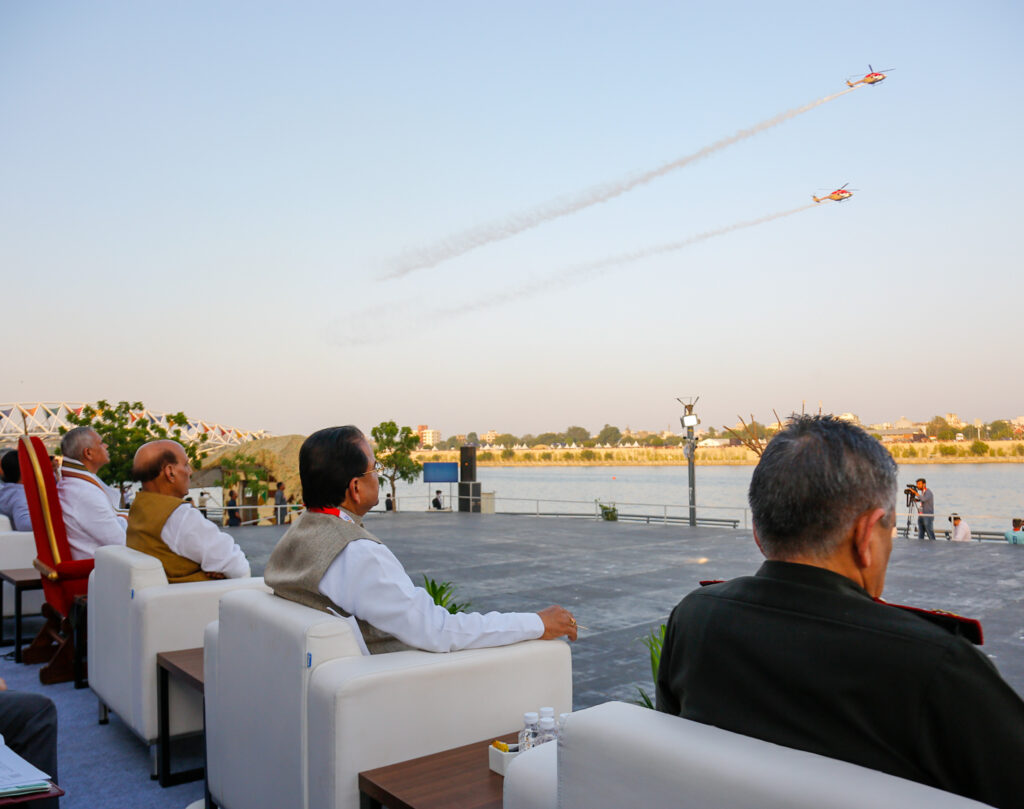 “It has been a transformative journey from being the biggest importer of defence to now being an exporter. India is now among the top 25 defence exporters in the world,” Singh said, while addressing the media.

Defence Ministry sources said that over 450 partnerships in terms of MoUs, transfer of technology agreements and product launches, are expected during DefExpo 2022, which is almost double than the last edition.